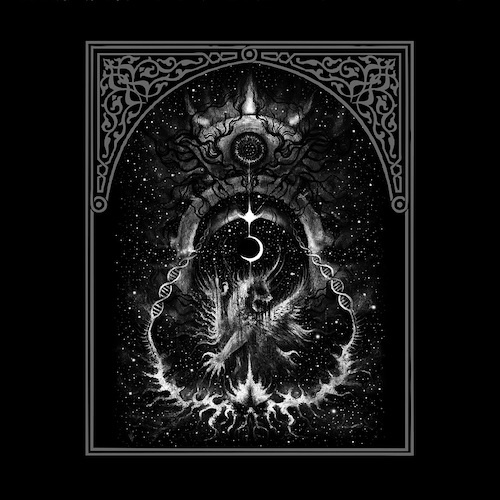 In the broadest and most simplistic terms, the monumental new album by Titaan is a sequence of startling juxtapositions of sound and atmosphere. A single track of more than 46 minutes in length, Itima operates like a musical flux capacitor, capable of sending listeners through time into an ancient age as well as far into the future. And the music is itself constantly in flux, flexing between states of overpowering, densely layered chaos and mystical yet morphing ambient drift into wondrous and blood-freezing realms.

As in the case of Titaan’s debut album Kadingir, the project’s alter ego Lalartu (whose identity and location remain a mystery) has worked alone, which makes the extravagant achievements of Itima all the more jaw-dropping. It is evident that this massive composition required meticulous planning and is the result of extensive attention to detail, everything well-calculated to pitch the listener into a gigantic and perilous labyrinth of sounds and sensations that seem completely divorced from mundane earth-bound existence.

To be sure, the full experience requires patience, but on the other hand it doesn’t take long to become transfixed by what’s happening, and to lose track of time as the music’s rituals hurl you without warning across millennia and into mystifying dimensions both nightmarish and celestial. Today we’re providing the chance to lose yourself in the labyrinth of Itima through a fukll stream of the album in advance of its April 16 release by ATMF. 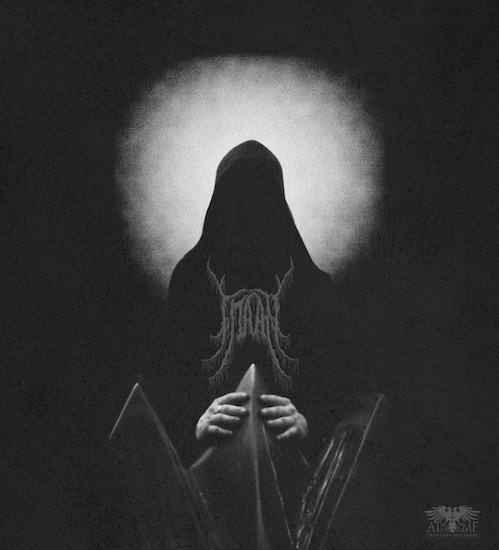 Titaan is a black metal band, but no ordinary one. As revealed through Kadingir, and even more remarkably through this new album, Titaan embraces the visceral and violent furies of the genre but engages in unexpected twists and turns and unconventional embellishments that transport the music into the amorphous terrain of the avant garde in an effort to realize its creator’s lofty and fervent ambitions, to carry us back to the fiendish imaginings of Mesopotamian culture and forward (or outward) into dark realms of our own imagination (and his).

The opening of Itima presents an amalgam of roaring and shivering vibrations, ominous and unnerving. It feels like descending into a gaping black chasm while whispering voices and wraithlike exhalations swirl around us. Suddenly, the music explodes in a maelstrom of pummeling and clattering percussion, swarming and swirling guitar abrasion, and utterly crazed shrieking. The drums boom and snap with powerful immediacy, the guitars generate dismal moaning and shrill wailing tones, and new voices can be heard, delivering vehement declarations.

And that sets the stage for what Titaan repeats across the range of the album, a recurring movement between episodes of soft and subdued ethereal sound and then stunning cyclones of breathtaking sonic upheaval. The softer interludes are of inconsistent length, which makes the timing of the overpowering eruptions all the more unpredictable and all the more shocking when they occur.

But again, this is only a broad and oversimplified description of the flexing that occurs on the album, because these two very general states of experience are never quite the same as they continue to cycle. In the high-decibel hurricanes of sound, different experiences are transmitted: gigantic percussive detonations and soaring orchestration that provide displays of terrorizing majesty; what sounds like the workings of a mad industrial process running at rampant speeds, cold and machine-like yet also unhinged and incomprehensible; bursts of electronic abrasion, frenzied drum tumbling, methodical rhythmic hammering, and walls of desolating vibration; and more.

The music reaches towering heights of senses-devouring bombast, as if we’re in the midst of a massed occult ceremony whose adherents are in the unchained throes of possession. Deep moaning chants and shrieking vocal fanaticism rise up through piercing and searing sonic waves that seem to channel wretchedness and fear. Head-moving ritual beats strike so vividly that they seem to crack the skull. Rhythmic cymbal ticks and booming tom progressions combine with ritual tympanic pounding and shrill skittering tones. The music writhes and burns, the voices unhinged in their fervor, and massive gales of sound also bear down, and threaten to sandblast your mind into dust.

Similarly, the quieter movements are themselves varied, and include a couple of moments devoted to bright and seductive acoustic guitar, as well as funereal orchestration and eerie ambient movements into astral planes or the vast expanse of the cosmos. 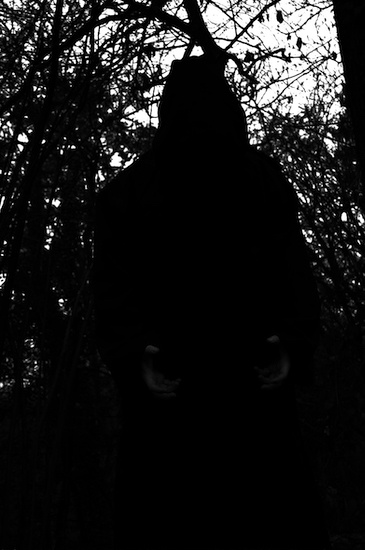 But despite all the striking contrasts that the album delivers, there seems to be an overarching feeling of ritual and ceremony, even if some parts of the ceremony demand blood and fire. The drumming throughout the album is riveting, but the gigantic booms of timpani and the tumbling tom progressions have a lot to do with that feeling of ritual, which persists even in the album’s most violent excesses, as do the array of voices and vocal rhythms — the spectral choral voices, ghastly gasping exhalations, wicked muttering, wretched wailing, and deep monastic chants all play a role in that.

The album depends on all these variations within variations. Except for those changes and the unpredictability of the eye-popping juxtapositions, 46 minutes within a single track might be too much to ask of most listeners (even though the album clearly was never intended for most listeners). But as it is, the album succeeds, and will pin many who hear it in place for the full duration of its interdimensional mayhem and mystery.

Credit to Luciana Nedelea for the cover art, which visually captures the album’s central concepts of misanthropy, human futility, and merciless vengeance by the ancient gods.

ATMF is making the album available in a variety of formats, and you can check those out via the links below.

2 Responses to “AN NCS ALBUM PREMIERE (AND A REVIEW): TITAAN — “ITIMA””