The second full-length album by the Danish black metal band Afsky is entitled ofte jeg drømmer mig død, which translates to ”often I dream myself dead”. The songs are based on a number of old Danish poems and texts by artists such as H.C. Andersen, Jeppe Aakjær, and Emil Aarestrup, and could be viewed, at least in part, as a tribute to a history of Danish lyricism and poetry.

The cover image for the new album is a painting by H.A.Bredekilde named “Udslidt”, which means “worn out”. We’re told that Afsky selected the painting because it “fits well with several of the selected texts for the record, which are precisely about the little man, who must work until he dies, for the higher classes in society”.

Consistent with the lyrical inspirations and that attention-grabbing cover art, there are also qualities in the music of Afsky that are poetic, even elegant in their own way, and also deeply sad. Yet as you’ll discover in listening to the song from the album we’re premiering today — “Tyende Sang” — there is also tremendous visceral power in the music as well as turbulent emotional intensity and sweeping melodic grandeur. 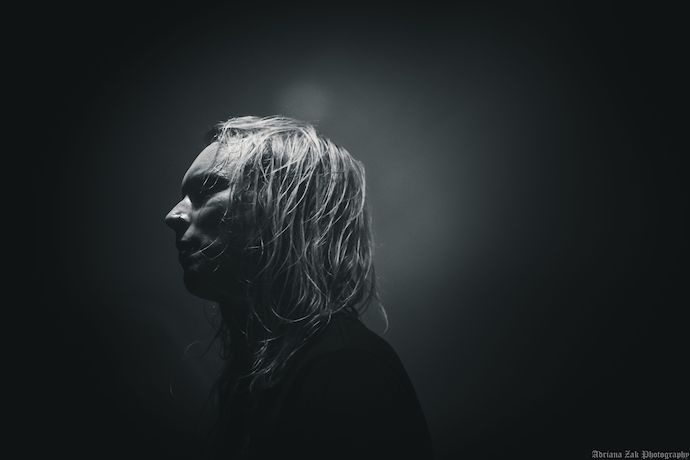 The man behind Afsky is Ole Luk, singer and guitarist in the Danish band Solbrud. This new album adds to a discography that began with a self-titled EP in 2015 and a debut album named Sorg (Grief) in 2018.

To return to “Tyende Sang“, the song is a multi-faceted work whose degrees of intensity rise and fall like a fever, and whose moods also vary in their intensity, but the powerful grip it exerts on the listener’s emotions never loosens.

The guitar tone in the song’s opening straddles a line between ringing and abrasive, between glorious and beleaguered. The low-end is thunderous in its sound, combining the heavy rumble of the bass drum and the lightning crack of the snare. The riffing is almost delirious but the sound soars, rolling in dense waves and rising in spears of spectacular but simultaneously anguished melody — and Ole Luk‘s voice is itself a shattering spectacle.

When the storm of sound relents, the drumming diminishing into scattered bursts, the reverberating notes channel a greater sense of bleakness, and that feeling of hopelessness persists even after the drums erupt in fusillades of rampant blasting. The riffing becomes lower and heavier, more cloaked in gloom, and when the drums and bass disappear altogether, and the chords ring out in isolation, they sound beautifully sad.

When the rhythm returns in a stately march, the shimmering guitar melody again becomes sweeping and soulful, with a sensation of yearning and the wistfulness that comes from shattered dreams. The storming rhythms return, surging and relenting, along with Luk’s tortured shrieks, and the melodies again become panoramic and powerful, wholly enveloping the mind and emotions in a torrent of grimness and grandeur — yet it’s a mesmerizing layering of guitars that provides the finale. It’s a striking feeling when silence finally comes, and you realize that a trance has been broken, which the song has been so effectively creating from the very beginning. 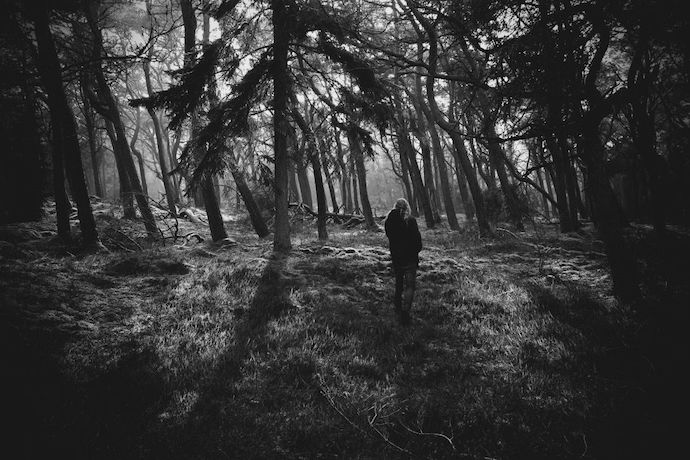 There are five more songs on Ofte jeg drømmer mig død, with a total playing time of 48 minutes. It was recorded and mixed by Ole Luk, and was mastered in Ballade Studios Copenhagen (Konvent, Orm, Slægt, Solbrud, Halshug, Demon Head, Taphos and more.) It will be released on May 12th by Vendetta Records on both vinyl and CD, and on digital platforms such as Spotify and YouTube.

Vendetta is not offering pre-orders, but the record will be available for direct purchase on May 12th, here: