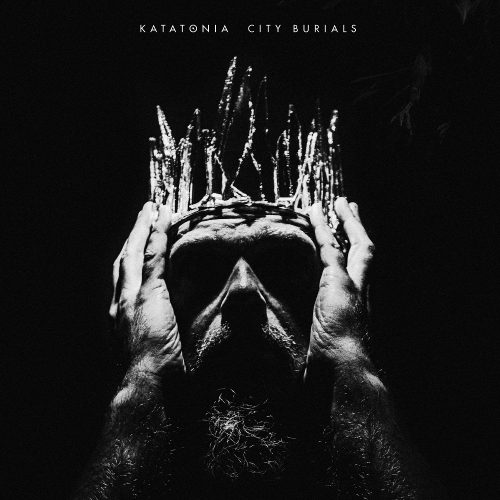 (This is Andy Synn‘s review of the new album by Sweden’s Katatonia, which is set for release on April 24th by Peaceville Records.)

It’s probably worth pointing out, right at the start, that City Burials is not – despite what you might read elsewhere – the best album of Katatonia’s career.

Neither, however, is it their worst, as some others, angry that the band haven’t produced exactly what they wanted, would have you to believe.

What it is, is an intriguing, emotive, yet oddly uneven, collection of songs which vary in tone and texture – some erring more towards the band’s classic brand of metallic melancholy, others leaning more towards gleaming, gloomy goth-pop – but which are all, ultimately, tied together by the sublime vocals of Jonas Renske, who gives what could very well be a career-best performance. 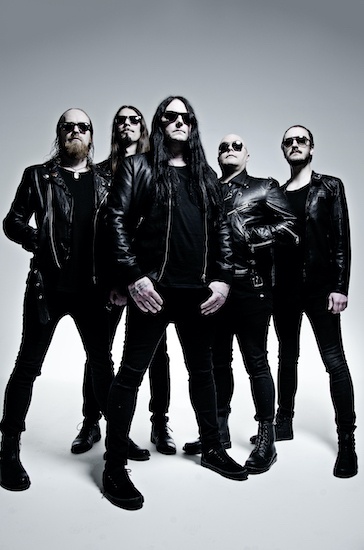 In many ways City Burials is likely to be quite a divisive record – after all, I can’t remember any other album I’ve heard recently which could potentially be criticised both for straying too far from the band’s core sound and for playing things too safe – and, as a result, is probably best approached on a song-by-song basis, rather than as a totally (and tonally) cohesive piece of work.

That doesn’t mean, however, that there aren’t a lot of great songs to be uncovered here. For example, brooding, bombastic opener “Hearts Set to Divide”, the captivating “City Glaciers”, and the punchy “Neon Epitaph” are unquestionably fantastic, delivering all the intricate instrumentation and evocative emotion which fans of the band’s post-Great Cold Distance output have come to expect (the latter in particular wouldn’t sound out of place on Night Is the New Day).

On the flip side of the coin, “Lacquer” and (to a lesser extent) “Vanishers” stray further from the band’s traditional mould, placing an overarching emphasis on shimmering, synthetic soundscapes and effervescent electronic ambience to the point where, at times, it seems like it’s only the presence of Renske’s instantly recognisable vocals which actually tie them to the Katatonia name.

Both tracks are, however, immaculately arranged and intimately moving pieces of work in their own right, and I think that once people have got past their initial surprise and/or shock (not that this is the band’s first flirtation with these particular elements, merely their most extravagant) they’ll come to embrace both these songs as two of the album’s very best.

And then, of course, there’s “The Winter of Our Passing” and “Flicker”, which sit at a nexus point between these two extremes, ably incorporating both moody synthscapes and gloomy goth-metal in a manner which brings out the best in both sides.

Of course, as some of you may have guessed, there are also a few tracks here which don’t quite hit their mark, or which, at the very least, don’t rise to the same heights as those mentioned above.

The radio-friendly “Behind the Blood”, for example, is an undeniably catchy and well-written cut, but it’s one that doesn’t really feel (or sound) like a Katatonia song, erring as it does more towards A Perfect Circle-esque Alt-Rock, while both “Rein” and “Untrodden” suffer from the exact opposite problem – they feel entirely too much like Katatonia songs you’ve heard before, albeit with a few slightly newer elements added in an attempt to conceal the more obvious similarities.

So, with all the positives and negatives, ups and downs, where exactly does that leave us, and, more importantly, where do Katatonia go from here?

Ultimately City Burials finds the band at yet another crossroads in their career, with several possible roads before them. And I think it’s this uncertainty which contributes to the album’s slightly uneven, transitional, nature. Right now the group clearly have one foot planted in their recent past, while the other is stretched out towards a potential future which will move them even further away from their roots than ever.

But I’m hopeful that, no matter what choice they make or what path they choose to take, they’ll still put all their heart and soul into it. Because while this may not be their best album, it still shows that Katatonia aren’t ready to give up, give in, or fade away any time soon.