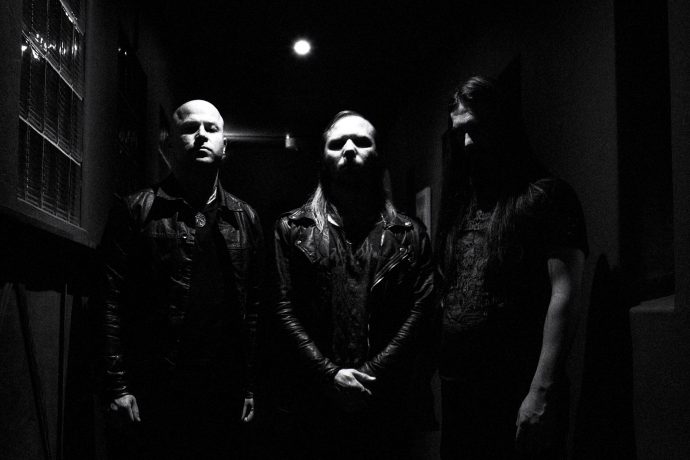 Devil With No Name

I compiled this round-up three days ago. Different things prevented me from posting it until today, including distractions from my day job, bad things happening to people close to me, and just the general malaise I’m feeling under the current awful circumstances we’re all living with. A lot of other new music has emerged since I originally chose these songs, but I’m not going to sacrifice more time by trying to figure out what to add and what to drop.

The list consists of music from a dozen bands. I alphabetized them and divided this into three parts, four bands in each one. I have some other posts to finish for today, so these won’t roll out one after another. There’s always the chance I won’t even get all three parts up on the site today. The same factors that delayed this roll-out haven’t gone away.

All of us here hope all of you are well and safe, and that you’ll find something to like in this round-up. 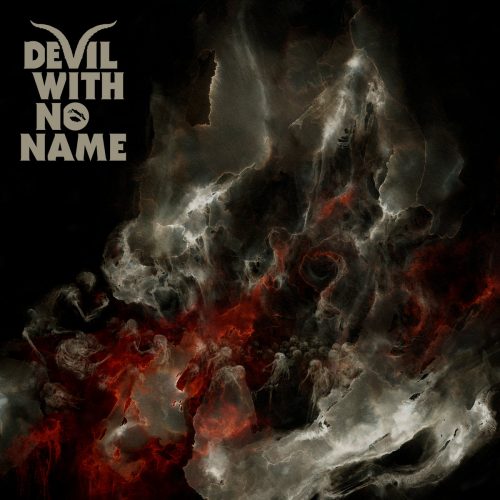 A killer combo of crushing drumwork, contagious riffing that creates an aura of infernal menace and venomous grandeur, demonic vocal fire, and earth-shaking bass-lines. The music builds to a fever pitch of intensity, segues into a neck-cracking gallop, simmers and seethes with ominous intent, and flares and blares into a storm of dissonant, roiling guitars and obliterating percussion overlaid by solemn proclamations and lunatic screams. Kind of breathtaking….

From the self-titled album Devil With No Name, out on May 22nd. The line-up consists of vocalist/guitarist Andrew Markuszewski (Lord Mantis), vocalist/bassist Michał Juśko (Sovereign), and drummer Cody Stein (Void Omnia). It was mixed and mastered by Ken Sorceron (Abigail Williams, Lord Mantis) and features artwork by Rodrigo Pereira Salvatierra. 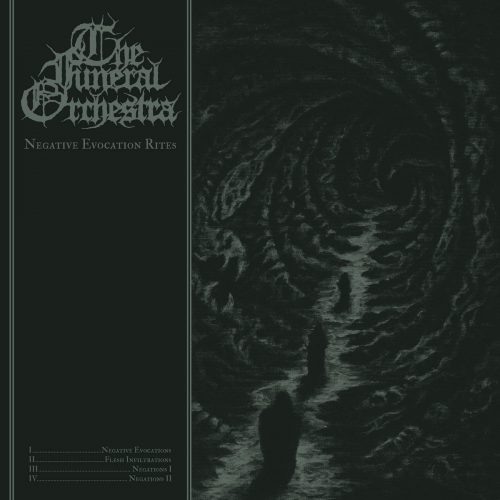 Nearly 13 minutes of chilling horror. Cold and paranormal at first, the sound of a plague dirge that oozes pestilential feedback, with momentous, echoing drum blows and a mix of funereal chants and ghastly, gagging snarls. Shivering guitar sounds rise up like a disease vector racing through defenseless flesh, channeling abject misery. The methodical drum strikes feel heavy and hard enough to crack bone; the corrosive chord reverberations capture degradation and decay; low, buzzing guitars combine with abyssal roars and wretched wailing growls to deepen the aura of oppressiveness and the suffocation of hope. A diseased and desolating trance….

From the album Negative Evocation Rites, out on June 1st. (Thanks to Dork for the tip on this one.) 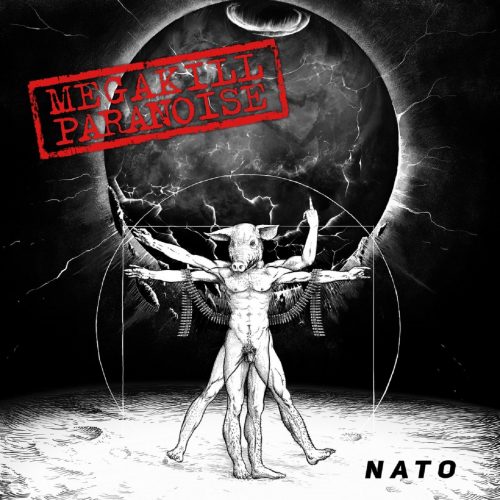 Time to get your pulse jumping again after that last track. This feels like a guilty pleasure, but it is a true pleasure. The raw, crazed yells and spits are a big plus, but so is the compulsively groove-laden, skull-busting work of the rhythm section, the morphing riffs, and the array of eerie and exotic melodic accents, which come to seem like a tale from the Arabian Nights — until the sirens go off and things get unhinged.

“NATO” is a single released by this Russian crossover/thrash band on April 20th, via Narcoleptica Productions. 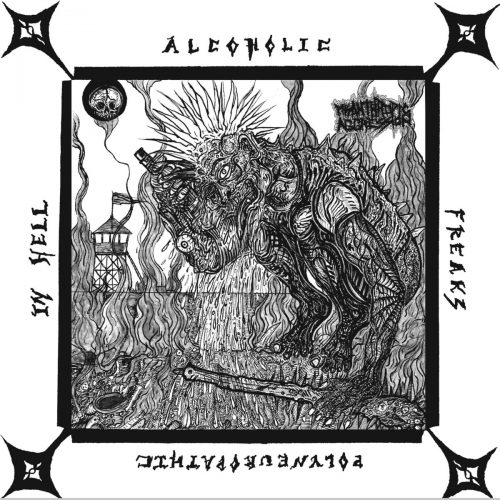 This is a three-track EP that consists of a new single and a pair of older songs that have been played live but haven’t previously appeared on a record. The new single and the EP as a whole have the great title of Alcoholic Polyneuropathic Freaks in Hell, and the band is Atlanta’s Misanthropic Aggression.

I love the vocal sample that opens the single, and also the way it then moves from merciless pounding into a racing chugfest, laced with throat-ripping vocal insanity and scintillating soloing. The drums do begin to batter and blast, and the riffing becomes a demented feeding frenzy, and more rhythmic changes lie ahead. In fact, the tempo of the song is in constant flux, as are the vocals, and there are additional weird, wailing, and fret-melting solos lying in wait that are all hellishly good.

I’m completely unsure how to put a genre label on even that opening title track, and the task grows more complicated listening to “Retired From Life (Last Day of Work)”, which gets doom-y and desolate before the band kick in the afterburners and engage in a display of d-beat mayhem. The ecstatic thrasher, “Blacklisted”, pulls more musical ingredients into the band’s devilish brew, including glorious heavy-metal and punk riffing. Wait for the spectacular extended solo that comes in over a powerfully head-moving rhythmic riff.

In a word, this is a blast to listen to.

The EP was released by Boris Records on April 20th.