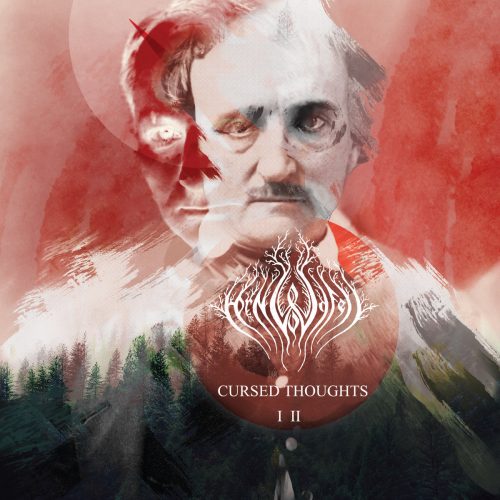 2020 has been a miserable year for hundreds of millions of people world-wide, but a great year for the Italian black metal duo Hornwood Fell (guitarist/vocalist/bassist Marco Basili and drummer Andrea Basili). On March 3rd they digitally released an 80-minute, two-part concept album named Cursed Thoughts. Since ten it has been picked up by Kadabra Music for a June 26 release in a 4-panel digipak CD edition, and no wonder, because it is a spectacular accomplishment that musically extends well beyond the (continually expanding) boundaries of black metal.

The first part of Cursed Thoughts (tracks 1-6) explores Les Fleurs Du Mal (“The Flowers of Evil”) by Charles Baudelaire, and the second part (tracks 7-13) takes the poems of Edgar Allan Poe as its inspiration. The band have explained: “We were inspired by two great poets who speak of human despair. Inner monsters and ghosts, horror and pain. Two authors with different voices, with whom we have imagined and played with, and made different musical lines with the intent of evoking human and earthly energies.”

We have already reported on the advance release of the song that opens Part 1 of the album (“The Joyous Defunct“), and today we have a lyric video for “The Giantess“, which closes Part 1. 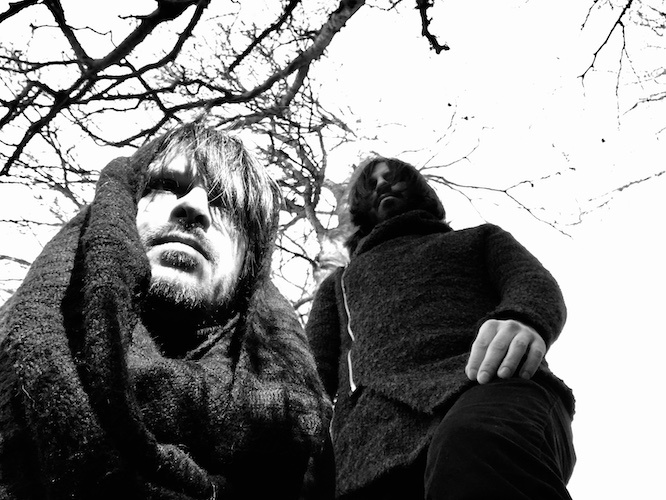 In “La Géante” (The Giantess), the Baudelaire poem for which this song is named, the author imagines living beside a maiden giantess, like a luxurious cat at the feet of queen, at a time when Nature was conceiving monstrous children each day. Hornwood Fell take the poem’s words as the lyrics for their song, and add their own imagination to the poem by translating it into sound.

Driven by the rumble and crack of the drums, and accented by the alluring, otherworldly sheen of briefly appearing keyboards, the song generates a feeling of tension and bleakness through a penetrating riff that chills the bones. As the drumming begins to blast and the riffing becomes a fever, livid death growls begin to voice the poetry. Enlivened by extravagant drum fills, the music seems to flare into the sounds of unbound madness, and then transforms into a frightening calamity through monumental, crushing blows, fanfare-like chords, and the skittering strings of fear.

The song’s jolting and jabbing rhythms light a fire under the listener’s pulse, while the roiling and writhing dissonance of the fretwork and the surfacing of eerie reverberating tones send chills down the spine. The air of tension and turmoil doesn’t completely vanish even when, near the end, the drums vanish and the music (with tones reminiscent of a mellotron) becomes seductively and eerily entrancing. 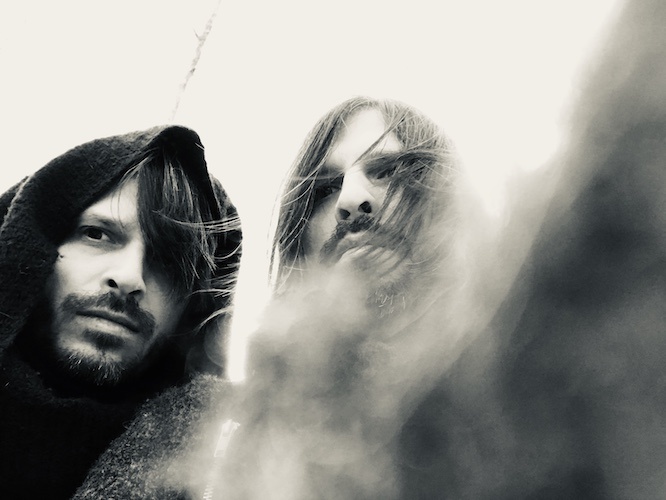 We’re also including a stream of that song which opens Part 1 of the album, “The Joyous Defunct”. As you’ll see, it wastes no time throwing the listener into a maelstrom of deep, drilling riffs and electrifying drumming. Twisted leads flare, squirm, and peal within the earthquake heaviness of the low-end tumult, while the barbaric growls seem lit from within by blood-lust and insanity.

A lot happens within this multi-textured, elaborately plotted song as it hurtles and stalks. It has moments of unearthly eeriness, segments of crushing brutality, passages of bewitching entrancement, periods of musical dementia, and plenty of opportunities to work your neck like a piston.

As mentioned at the outset, Cursed Thoughts will be released by Kadabra Music on June 26th in a 4-panel digipack CD edition, and you can pre-order that now:

2 Responses to “AN NCS VIDEO PREMIERE: HORNWOOD FELL — “THE GIANTESS””