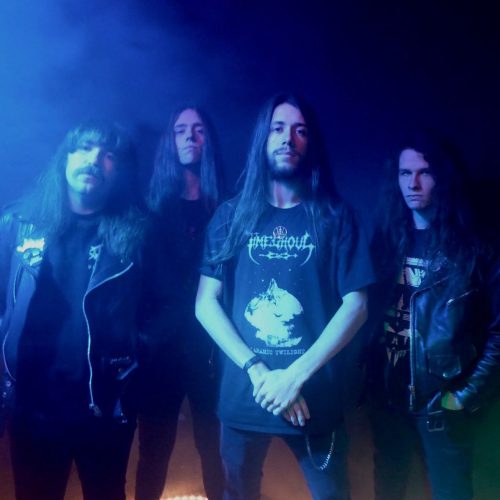 (Andy Synn again focuses on releases from his home country, and today reviews two brand new albums and one that will be arriving soon.)

I’m not going to waffle on here about the state of the world, the way things used to be, etc. It’s all been said enough times already.

Instead, let’s get right to the matter at hand, and enjoy these three celebrations of the power of the riff, in all its unlimited glory! 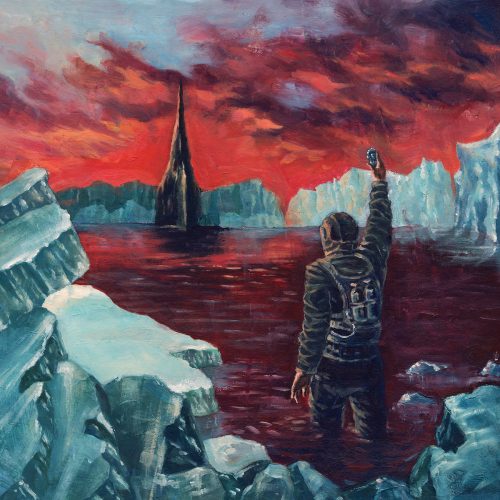 It’s a bold move to begin your debut album with an ostentatious twenty-six minute odyssey of ridiculously tech-tastic riffage, unsettling sci-fi ambience, and extravagant instrumental interplay (the nimble, nuanced bass work is a particular highlight throughout this track, and the album as a whole), but blow me down if self-declared “Phenomenal Technicological Astrodeath” quartet Cryptic Shift don’t just pull it off.

Of course, “Moonbelt Immolator” isn’t the album’s only selling point, but it’s a big one, seamlessly shapeshifting from jagged Death Metal menace to proggy melodic meditation to thrashtastic velocity in a way that recalls the very best of Death, Pestilence, Morbid Angel, etc, while also incorporating a host of other influences – from Voivod to Nocturnus to Timeghoul to Coroner – along the way.

Now, kicking things off in this way (known in the trade as a “reverse Blood Incantation”) does run the risk of making the album feel a little unbalanced (which was certainly the case with Hidden History…) and, to be fair, Visitations… does feel ever so slightly front-loaded and in need of perhaps one more killer cut to balance out the back end properly, but that doesn’t mean the remaining three tracks don’t also deliver the goods. And then some.

“(Petrified in the) Hypogean Gaol”, for example, has a twitchy Tech-Thrash feel reminiscent of Sanity Obscure-era Believer, showing off not just the band’s signature riff-craft but also some impressively agile, attention-grabbing bass lines and complex, chaotic drum work along the way, while “The Arctic Chasm” is seven-minutes-and-forty-six seconds of predatory aggression, off-kilter melody, and inhuman dexterity, which is equal parts Cynic, Gorguts… and something else which our computer can’t identify…

And then there’s high-stakes closer “Planetary Hypnosis”, whose tangled fretwork is underpinned by some seriously supple and serpentine bass noodling, and propelled by some incredibly energetic percussive power, and which ties all these influences already mentioned (and more) together into one uniquely unorthodox, but still unexpectedly headbangable, package.

Quite frankly, it’s rare for a band to nail things this well on their first album. But while Cryptic Shift may have kept us waiting for a while, all that extra time was clearly well-spent, as this is the sort of record whose creation clearly cannot be rushed and whose quality just as clearly cannot be denied. 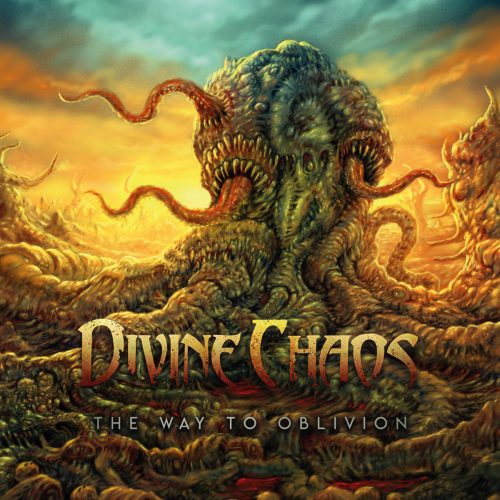 DIVINE CHAOS – THE WAY TO OBLIVION

After spending the first two tracks re-establishing themselves as one of the UK’s most reliable purveyors of crunchy riffs and simple, but oh-so-effective, hooks, “Murder For Sale” kicks into gear… and the whole album finally hits its stride.

That’s not to say that “Suicide Salvation” and “Upon the Shrine” are bad songs by any means – at worst they’re just a little bit “safe”, delivering all the requisite thrashy thrills without going any further than that – but the subsequent run of tracks is clearly just that little bit better and more bombastic.

Maybe it’s the extra dose of Death Metal – the band still lean more towards the Thrash side of the Death/Thrash divide, obviously, but do so with a greater level of overall intensity – but each of these tracks, from the instantly infectious “Murder For Sale” and the subtly proggy “Serpent’s Word”, to the riveting, riff-heavy strains of the title-track and the melodically-tinged chuggery of “Decivilise”, delivers the sort of streamlined, fat-free listening experience which reminds me of The Gathering-era Testament and/or underappreciated melodeath marauders The Absence at their very best.

It’s not a perfect album by any means – it does tend to wear some of its influences (you’ll know who they are) a little too obviously, and doesn’t necessarily vary in tempo much (with only the rapid-fire gallop of closer “Nation’s Damnation” really pushing the envelope, speed-wise), and there are a few moments (such as the oddly out of place keys at the end of the otherwise fantastic “Decivilise”) which don’t quite land properly – but its good points definitely outweigh its flaws.

In particular, in addition to the band’s keen ear for catchy riffage and shredtastic leads, the versatile vocals of new frontman Jut Tabor are an obvious high point, adding an extra layer of charisma to the whole propulsive package with every clipped, snarling line and cathartic, semi-clean chorus.

So while The Way of Oblivion might not be set to shake up the worlds of Thrash and Death Metal as we know them, it’s still got a lot going for it, and should definitely find a few fans amongst our regular readers. 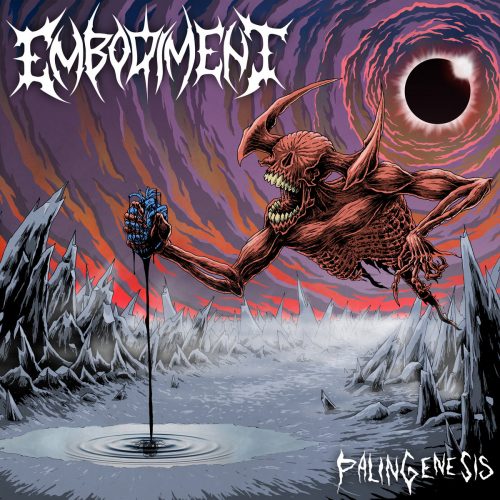 If I were to sum up Palingenesis, the second album from this talented Tech-Death quartet, in simple terms it would be “Carnifex meets Cattle Decapitation meets Job For A Cowboy”.

And while that may sound a little reductive, I don’t think that Embodiment would necessarily be upset at being compared, in a mostly positive fashion, with any of those bands.

Take “Reverence Through Disgust”, which moves from a darkly melodic introduction into some punchy passages of thrashy, Cattle Decap-esque groove, followed by some flashy, JFAC-style guitar (and bass) work and then a chunky, chugging, Carnifex-like blackened breakdown section. The pieces may be familiar, yes, but they’re arranged in a such an intuitive and organic fashion and delivered with such solid conviction, that only the most cynical of listeners would hold that against the band.

The same could be said for many of the other tracks too. “Outbreak” is three merciless minutes of twisted riffs and blistered blastbeats, featuring a brilliant performance from frontman Harry Smithson, while “Tyrant” beefs up both the technicality (with some finger-crippling fretwork from both the guitars and the bass) and the brutality by leaning a little more towards the ‘core side of things, whereas “Eternal Torment” rises above its more obvious influences by virtue of its sharp, staccato riff refrains and constantly changing, mutagenic structure.

They’re not all winners of course – the various “interlude” tracks are pretty forgettable and feel tacked-on, and “Satisfaction In Extermination” only really stands out due to how out of place the track’s excessively melodious solo section feels – but there are more than enough moments of meaty metallic goodness here to satisfy even the most jaded of death-heads, even if the album as a whole probably isn’t going to change the world.

Smartly saving their best for right near the end, “Sanctuary” is arguably both the most intense and the most melodically nuanced track on the entire album, while closer “Harvesting the Seeds of Vengeance” showcases some bigger and bolder ambitions which, if pursued, could serve the band very well somewhere down the line.

Embodiment might not have fully defined their own unique identity or style on Palingensis, but, on the strength of their delivery alone, I’m still more than happy to recommend them to our readers, as what they do they do very well indeed.