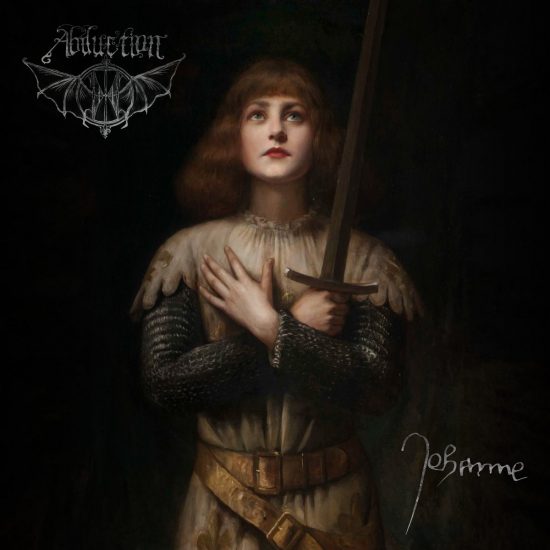 Few episodes in French history, or indeed of world history, have captured the imagination of so many people, or proved as inspiring, as the short life of Jeanne d’Arc (or Joan of Arc, for us English speakers). Born to peasant parents in roughly 1412, she claimed to have received visions in her teenage years of the archangel Michael and various female saints commanding her to lend her support to the unanointed king Charles VII in an ultimately successful effort to rescue France from English domination late in the Hundred Years’ War.

As part of a relief army, the king sent her to the Siege of Orléans, which was lifted only nine days later. But in May 1430, after further military triumphs, she was captured by a faction of French nobles allied with the English, who turned her over to the English. They tried her on a variety of charges, declared her guilty, and burned her at the stake on May 30, 1431. She was about 19 years old when the flames took her.

We’ve provided this truncated reminder because the new album we’re premiering today by the French black metal band Abduction is a concept album based on the life of Joan. Entitled Jehanne, it will be released by Finisterian Dead End Metal Label on April 29th, as a remembrance of the day on which Joan entered the besieged city of Orléans in 1429. 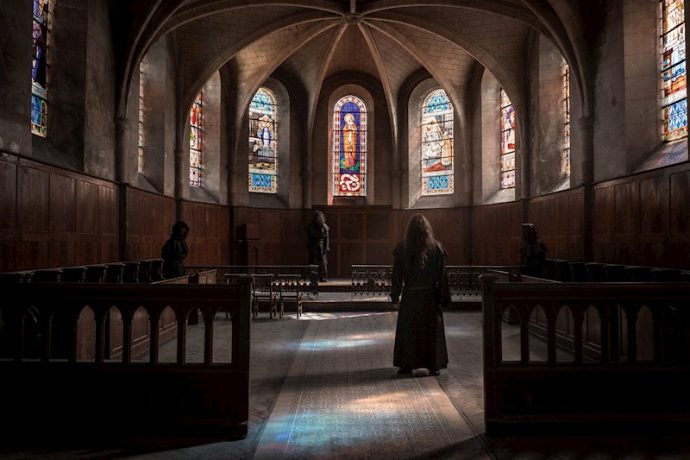 In Jehanne, Abduction have created a dramatic musical tale of moody introspection and fierce defiance, of quiet fear and blazing triumph, of mysticisim and mayhem, tumult and tragedy. The album unfolds like a theatrical drama or a grand pageant, the voices coming to resemble characters on the great stage of history, surrounded by shattering events translated through a rich tapestry of emotionally penetrating melodies and constantly changing guitar tones, vocals, and rhythmic drives.

The songs are all marked by sudden changes and sharp contrasts, by unexpected variations in speed, intensity, instrumentation, and feeling. As the music cycles through these sometimes shocking transformations, the listener is carried away in storms of furiously hammering drums and bass and rapidly swirling and darting guitars that are fiery in their intensity. In these sudden eruptions of sound, the riffing creates cascades of grandeur, the leads flickering in feverish tones, but also channels an array of other sensations, including darker moods of foreboding, melancholy, and grief.

In the quieter moments, often devoted to acoustic guitar harmonies, the music creates passages of sombre and mystical beauty, of meditative reflection and bright yearning. Medieval-styled melodies appear and reappear through the album, most prominently in some of those acoustic interludes within songs, which continually prove to be thoroughly beguiling, and which bring in more modern folkloric stylings as well.

As mentioned, the vocals are also significantly varied, with clean vocals and harmonies sharing time with wrenching, scorched-earth rasps and gritty, savage snarls. The clean vocals are themselves quite varied in their timbres — soft and haunting during the quiet places in the music and soaring in intensity when the music explodes like bonfires and sweeps across the soundscape. There are moments when a female voice (or at least a falsetto one) combines with the usual male singing. At times, there’s the sound of a call-and-response among the clean and harsh vocals, which adds to the feeling that we’re hearing a theatrical performance.

In its conception, Jehanne is enormously ambitious, and extravagant in its execution, a serious-minded and elaborate effort to bring a signal time in French history to life through music. The complete experience requires time — the album is an hour long — as well as devoted attention, because this isn’t “background music”. Fortunately, despite each song being part of an epic narrative, each one stands alone quite well, each one presenting its own changing narrative journey that becomes engrossing even in isolation.

As noted earlier, Finisterian Dead End will release Jehanne on April 29, and is providing it on several formats, including a collector Digipack edition, extra limited White Gatefold 2LP, and many bundles with original book, poster etc…

9 Responses to “AN NCS ALBUM PREMIERE (AND A REVIEW): ABDUCTION — “JEHANNE””