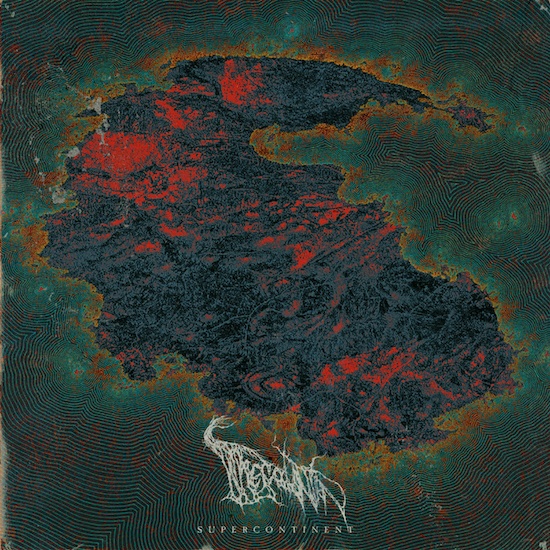 Today we are most fortunate and very pleased to help I, Voidhanger Records and Repose Records announce the debut album by the bass-driven black/death-metal prehistoric beast known as Thecodontion, which these two labels will jointly release on June 26th. That album, Supercontinent, has a fascinating conceptual focus, and the music (which has evolved from this Italian band’s previous releases) is equally fascinating, as you’ll begin to discover through our premiere of a song named “Kenorland“.

Concerning the album’s conceptual focus, it is a voyage through various stages of ancient Earth’s continental drift, from the earliest known supercontinent (“Vaalbara”) to the most recent one (“Pangaea”). We are told that the lyrics are based on extensive research into these formative phases of the world’s current geologic and geographical appearance, but also strive “for a certain vivid imagery, with poetic descriptions of ancient lifeforms populating the planet during the various geological eras, and cataclysmic events leading to the break up and collision of land-masses”. The album further includes four instrumental non-metal songs featuring short poems about “superoceans” — “enormous bodies of water which surrounded these continental assemblies”. 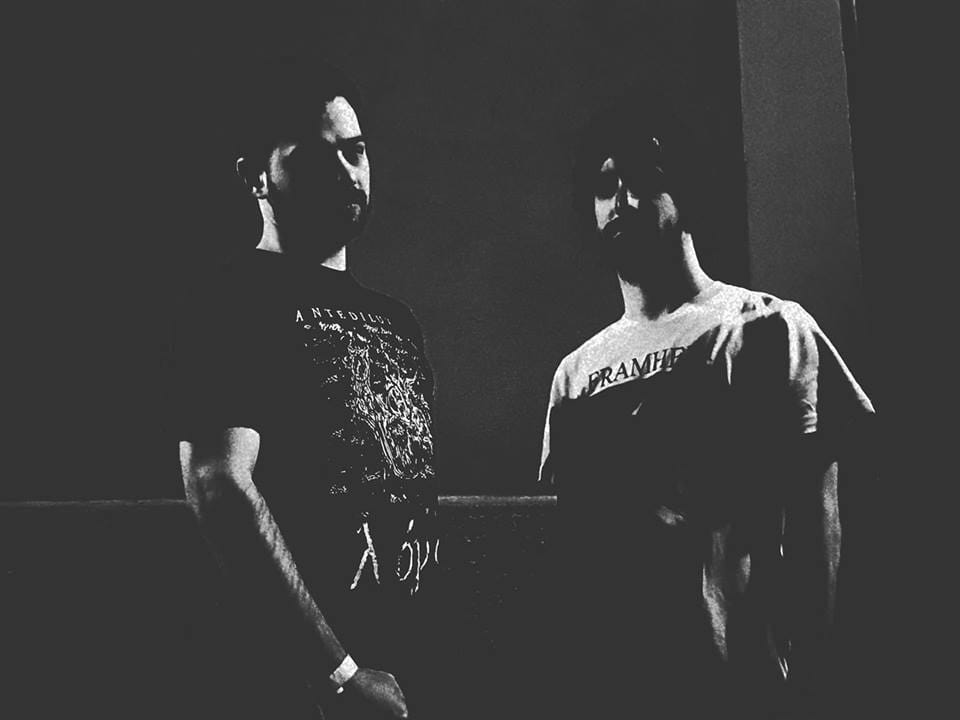 Thecodontion‘s fascination with such primordial epochs is reflected in their own chosen name, which is based on the word thecodont (or thecodontia), the taxonomic term for an order of prehistoric creatures that included the ancestors of dinosaurs, pterosaurs, and crocodilians. Every track on their 2018 debut demo described a different genus of thecodont, and its cover art (by Giulia Ajmone-Cat) was based upon real thecodont bones, and their 2019 EP Jurassic was a further exploration of such interests.

But while Thecodontion‘s intellectual interests have remained rooted in the ancient events that formed our world, their music has moved forward. To quote from I, Voidhanger‘s description of the new album: “Thus far, the band’s material has been uncompromisingly fast-paced and length-wise short, featuring their signature distorted double bass attacks and blistering bass solos. With Supercontinent Thecondontion move towards a more atmospheric and intricate direction, with tribalistic drumming, slower and lengthier riffing, and wailing reverb-drenched leads, all played on bass except for a baritone guitar guest solo on “Laurasia-Gondwana”. Their blast-beating fury is nevertheless always present, this time around with a lot more variety in the riffing department.”

As for those four non-metal segments mentioned earlier, the band “expand their sonic palette, with bass ambience explorations and atmospheric rock leanings”.

With that background, we invite you to listen to “Kenorland“. We’ve learned from The Font of All Human Knowledge that Kenorland was one of the earliest known supercontinents. It is thought to have formed 2.72 billion years ago and comprised what later became Laurentia (the core of today’s North America and Greenland), Baltica (today’s Scandinavia and Baltic), Western Australia, and Kalaharia.

As forecast above the song is a fascinating piece of music, part primal enchantment and part violent spasming upheaval. It resembles the sound of abrasive tectonic collisions, increasing in speed to the pace of a frenzied jackhammer, underpinned by maniacally blasting and frantically galloping drums and laced by screaming and swirling string mutilations and a tandem of caustic, diabolical shrieking and bestial, carnivorous roars.

When the drums periodically subside into a ritual pounding, the bass wails like a mutated siren, backed by freakish pealing tones. That weird and wondrous wailing sound is both hypnotic and spine-tingling, like true sirens luring our storm-tossed ship through crashing waves toward the waiting teeth of jagged rocks.

FURTHER DETAILS: The colorful album artwork was created by Stefan Thanneur (Chaos Echoes) and represents the final supercontinental stage (and the climax of the record): Pangaea, surrounded by the Panthalassa Ocean. I, Voidhanger recommends the record for fans of Antediluvian, Mithras, Neurosis, Portal, and Mitochondrion.

The album will be released on June 26 in various editions, with I, Voidhanger handling the digipak CD format and Repose Records releasing it on 12″ vinyl. It will also be made available as a digital download. And today, all these options will become available for pre-order via the links below.