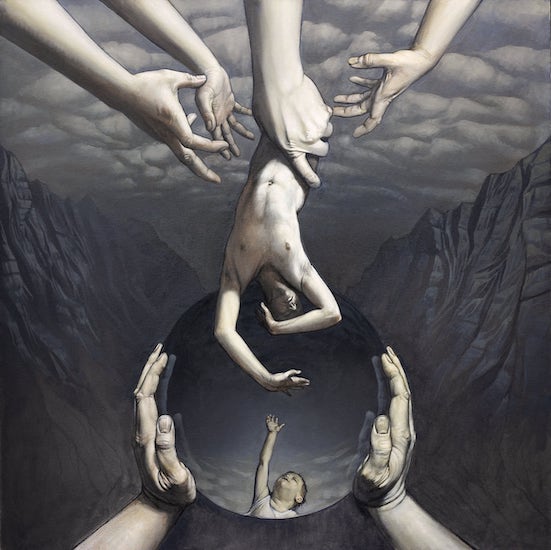 (Andy Synn wrote the following introduction to our premiere, in video form, of a song off the new album by the UK’s Rannoch, which is set for release on May 25th.)

Every band is, ultimately, the sum of their influences. But it’s what they choose to do with them that makes all the difference…

Some bands (I’m sure we can all name a few) have built their entire careers out of essentially just imitating one or two key influences as best they can. Whereas others seem to think that the key to success lies in mushing together as many different influences as possible in the hopes that the resultant concoction of musical beige will be blandly appealing to a large enough number of people to guarantee their success.

But, thankfully, there are always going to be bands whose ambitions aim beyond these limited horizons. Bands who expect, and demand, more from themselves, and their music, and who seek to use what they take from their influences, however much or however little, as a foundation upon which to build something all their own.

And it’s these ambitions which drive Reflections Upon Darkness, the upcoming new album from Prog-Death alchemists Rannoch, whose first single, “The Dream”, we’re both pleased and proud to present to you today. 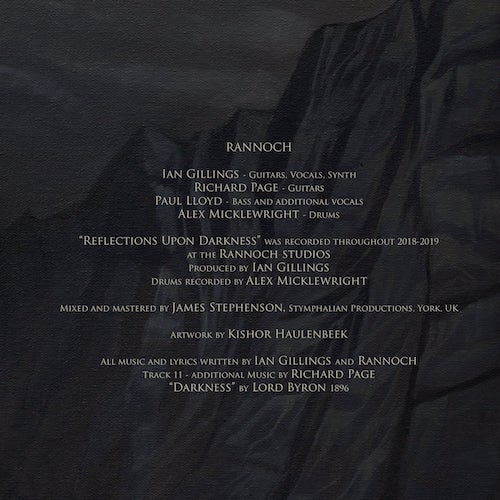 On one level Reflections Upon Darkness (which I’m still processing even now) is an ambitious album simply due to the way in which it combines its various impressive (not to mention imposing) influences – fusing the darkly progressive tendencies of Still Life-era Opeth with the bio-organic bombast of Meshuggah circa-Nothing and the ravenous intensity of Prometheus-period Emperor – into one incredibly cohesive, and also incredibly distinctive, whole.

And if its ambition were only measured by the way in which it executes this thaumaturgic threeway, drawing elements from each without ever feeling indebted or indentured to them, then it would already be a striking success.

But it’s the second half of the album where Rannoch really demonstrate their desire to push the envelope even further, as this entire section of the record, all thirty-nine minutes of it, is designed to function as one singularly monolithic song, whose themes and lyrics are derived from the epic poem “Darkness” by Lord Byron.

“The Dream”, acts as the second part, the second movement, of this extravagant undertaking, introducing several of the central musical motifs which will reoccur throughout the various pieces which make up “Darkness”.

And yet it also delivers a stunning blend of massive metallic riffs, pensive, proggy melody, and raging catharsis, in its own right, ably showcasing just how much more furious, more ferocious, and how much more focussed, the band have become in the years since we last heard from them.

Multi-layered but instantly impactful, it’s a perfect primer for what to expect from the band’s upcoming album, both for long-time fans and new listeners alike, and we think you’ll agree that the trippy visualiser which accompanies the song serves to nicely enhance, without ever distracting or detracting from, the whole experience.

Reflections Upon Darkness will be available across all digital platforms on May 25th, with both digital and physical versions available now as as preorder from Rannoch’s Bandcamp store:

One Response to “AN NCS VIDEO PREMIERE: RANNOCH — “THE DREAM””