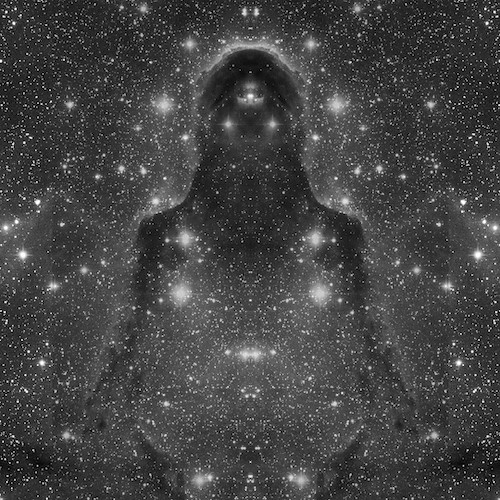 So far, the German band Imperceptum has released two EPs and four albums. We’ve reviewed nearly all of them. At the risk of oversimplifying the experience of these releases, its creator (who calls himself Void) combines elements of atmospheric black metal, funeral doom, ambient music, and post-metal to create long, void-faring journeys that are both terrifying and beautiful.

To borrow again from what I’ve written elsewhere, the richly textured music moves from immense hurricanes of cataclysmic fury to slower, earth-shattering, and crushingly bleak expositions of doom, to illuminating drifts through astral planes or across the yawning maw of deep space. Sweeping and soaring movements of vast and alien grandeur are juxtaposed against harrowing, blood-freezing storms of shock and awe. All of the releases are immersive; the songs are long, but the spells they weave, both nightmarish and sublime, make the minutes seem to pass without any consciousness that time is passing.

And now Imperceptum is releasing another album, and we again are in the fortunate position of presenting it on the day of its release (a good day, because Bandcamp is once again foregoing its revenue share for purchases made today). This new album is entitled Entity of Undead Stars. 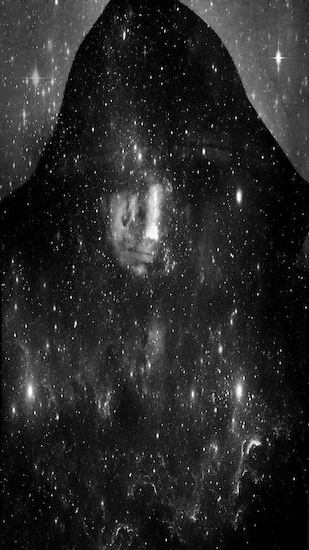 I’ll ask your forgiveness for indulging myself in a track-by-track commentary, but the challenge of trying to describe the changing sensations of Imperceptum’s music always seem to prove irresistible. But of course, feel completely guilt-free in skipping over what follows and plunging into this entity of undead stars. Just be sure you have nearly an hour to set aside, because moving from beginning to end is the best way to experience the wonders and disturbances of the album

At the beginning, everything in “Awakening” reverberates, from the solemn booming drums and cymbal ticks to the eerie, swirling guitars, whose sound shimmers with an ethereal glow, creating an increasingly immersive atmosphere of celestial mystery and wondrous reverence. Very much like the title of this overture, as the music swells in power it seems like an awakening, but of what?

By contrast, “Celestial Disembowelment” opens in a roiling mass of guitars and chaotic drum upheavals laced with an array of terrifying, inhuman vocals rising from within the tumult. The sounds of wretched wailing and feverish flickering spin the music into even more demented and disturbing dimensions. To be sure, there is still an unearthly atmosphere that radiates from all those eerie and echoing textures, but the combined effect is apocalyptic in its impact, particularly when the drumming erupts in volcanic displays of violence. Even when the rhythm subsides into something closer to the funereal pace of “Awakening”, the shivering, glittering, and pealing tones that emerge, while celestial in their feeling, do little to ease the mood. They have a mesmerizing quality, but the apprehension of catastrophe remains.

Silence falls at the end of the well-named “Celestial Disembowelment”, a moment for brief and uneasy reflection, before the ringing tones of “Beyond the Gates” begin carrying us out into the cosmos again. It’s a panoramic and shining sound, almost like a sunrise above a distant moon, but is soon entwined with a different sensation, a sound like the rolling seizure of an earthquake grinding the earth’s mantle, over slow drumbeats and cavernous growls. It creates an atmosphere of awe-inspiring majesty, but also one of despondency as those waves of shining sound descend into a lament and the growls rise into wretched howls.

The senses-suffusing power of the sound falls away, to make room for a mesmerizing but sad guitar instrumental backed by the glimmer of strings, but a thundering storm breaks over those grieving vibrations, magnifying the intensity of the mournful tones. As the song soars again — becomes heavenly again, with what sounds like an angelic host raising their voices — it still seems like a requiem for a great tragedy.

“Obliteration of Reality” creates something akin to the contrast that “Celestial Disembowelment” did after “Awakening”. The slow, corrosive chords, detonating drums, and blood-freezing growls drag us into an abyss of fear, pain, and despair. The earth seems to shiver again, the ground fracturing beneath the deep spasms, and the guitars radiate eerie, febrile sensations. The serrated edge vocals ascend in agony, and the guitar moans in misery around the methodical percussive booms and cymbal smashes.

As if aware that nearly 11 minutes of this might be too much to bear, Imperceptum adds an element of glittering brightness that forms the prelude to an escalation into celestial planes again, where the gleam of strummed strings and a wordless choir seem to convey hope, and perhaps even reverent joy. But that feeling doesn’t last… the sky sinks beneath the weight of oppressive gloom.

One more long track remains — the longest of them all, which shares the album’s title. Accented by symphonic strings and again undergirded by seizures in the low end and harrowing vocal spasms, the music once more cascades, creating majestic panoramas of despondent sound. But while visions of heat-death shroud the music, Imperceptum also integrates elements of slow-flowing melody that are entrancing, even when combined with the uneasiness of distant turmoil and those shattering vocals.

Eventually, that melody is drowned beneath the cold black waves. A moody strummed melody emerges and is allowed to echo out over a vastness of multi-textured symphonic sounds and shimmering ambient tones. The strumming provides the pulse, the rhythm, within the swelling audio waves — and the music does swell again, carrying the mind into an ascent, toward vistas of glory and terror.

One Response to “AN NCS ALBUM PREMIERE (AND A REVIEW): IMPERCEPTUM — “ENTITY OF UNDEAD STARS””