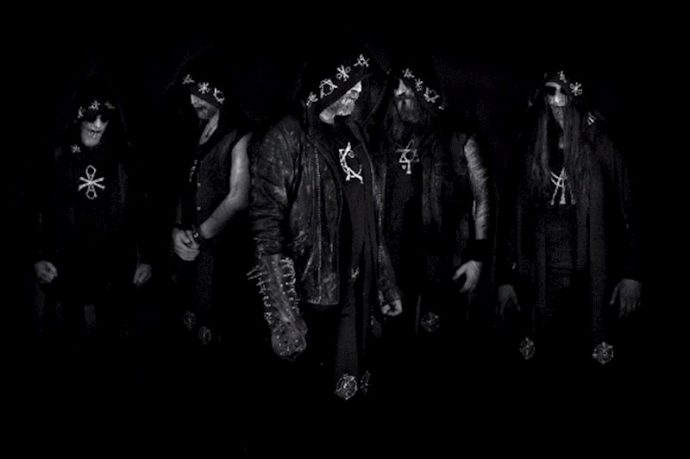 (On another day when Bandcamp is waiving its revenue share, Andy Synn provides a timely collection of reviews, focusing on seven new black metal albums.)

It’s been another busy week for me, both personally and professionally, which means I’m currently writing this article in a bit of a rush.

But, considering that the fine folks at Bandcamp Inc. have elected to once again waive their fees for the day, it seemed extra vital that I get this piece finished and published on time and under budget so that you’ll be able to support these artists in a way that benefits them even more directly.

Today’s feature, as some of you might have guessed, is focussed firmly on the Black Metal end of the spectrum, and covers a plethora of absolutely killer (in more ways than one) albums, some of which have only just been released, others which have been available for a little (or a lot) longer than that, but which are all more than worthy of your attention. 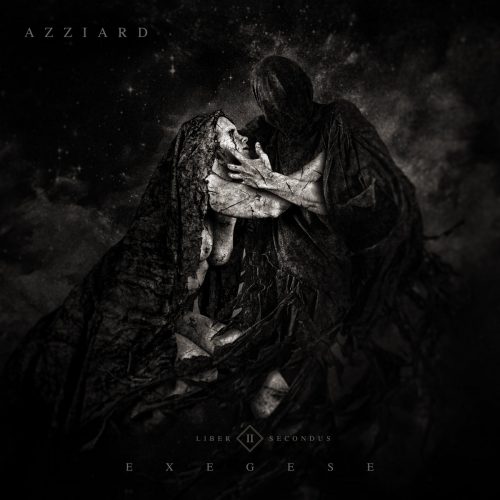 The fourth album from these Blackened Death-dealers (released just last week) is my first encounter with the band’s music, and it’s one hell of an introduction, delivering a stunning display of sound and fury reminiscent of Otargos at their most lithe and lethal and The Great Old Ones at their grimmest.

And if that description seems a little reductive to you, rest assured that Azziard are far more than mere imitators, and are very much their own entity, with their own identity, which is on full display throughout Exégèse.

What really makes this album stand out as, arguably, one of the best Black Metal albums released this year, is its wickedly intense and wide-ranging dynamic, which allows even the quietest, calmest moments to have just much impact as the record’s most belligerent and blast-fuelled eruptions.

Truth be told, there’s a lot to uncover and appreciate here, far more than I can go into in just a few short paragraphs. There’s the band’s ability to effortlessly switch from dense, discordant riffage to moody minimalism. The ragged, throat-wrenching vocals (which, here and there, dip into an eerie, melodic incantation). The subtle splashes of venomous melody and colour. The shapeshifting song structures… and more besides.

So give it a listen and help spread the word about one of the most underappreciated albums of 2020. 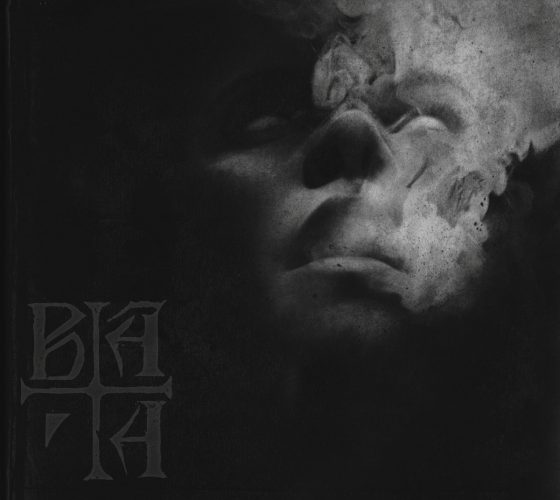 Much like their countrymen above, semi-anonymous French collective Bâ’a deal in a particularly dynamic, blisteringly intense form of Black Metal which isn’t afraid to ease back on the accelerator now and then in order to add a certain sense of solemnity to the proceedings (the piano-tinged break mid-way through “Titan” being a prime example).

The differences between the two are pronounced however, as whereas the heavy side of Azziard tends towards a riffier, deathlier style, Bâ’a prefer to deal in deluges of electrifying tremolo, while their more atmospheric experiments frequently dip their toes into the world of Post-Metal (or, at least, “Post-Black Metal”) in a way which reminds me of Downfall of Gaia (which is no bad thing at all, as the ending to “Des profondeurs je crie” perfectly demonstrates).

That being said, the sheer fury displayed across these six tracks (well, four central tracks, and two bookend intro/outro pieces), the ferocious energy of every tangled tremolo line and bracing blastbeat, ensures that Deus Qui Non Mentitur (“The God Who Never Lies”) remains firmly rooted in the realm of Black Metal at its most breathtaking and blistering even when the band begin to stretch themselves beyond what many would consider the genre’s core aesthetics.

Ones to watch, most definitely. 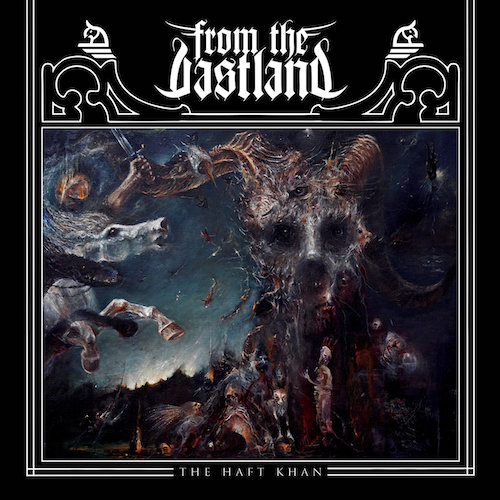 FROM THE VASTLAND – THE HAFT KHAN

Since moving from Tehran to Trondheim From the Vastland mainman Sina has put his obvious talents – aided and abetted by some of Norway’s most (in)famous – to good use by taking up the baton of 2nd/3rd wave Black Metal, even as many of the bands who first epitomised the scene have died off, burned out, or transformed beyond all recognition.

On the one hand this means that From the Vastland (and The Haft Khan is no exception) doesn’t really offer any amazingly original twists or surprises, and if you’re at all familiar with the Norwegian Black Metal scene of the late ’90s and early 2000s – think Mayhem, Keep of Kalessin, 1349, and, particularly, Gorgoroth – then you’ll likely recognise a lot of the tools and musical motifs which Sina uses to create his pleasingly raw, yet mercilessly melodic, sound.

But, that being said, the man clearly isn’t trying to be a trailblazer. He’s a torchbearer, dedicated to (almost) single-handedly keeping the spark of Black Metal, of a certain time and a certain era, alive.

And, you know what? There are far worse goals to have in life, especially when you’re this good at it.

Ultimately there’s a lot to love here. Some great riffs. Some hideously infectious grooves. And some bold, bombastic hooks which, nevertheless, absolutely bristle with blackened menace. But, more than anything else, it’s the man’s obvious passion for this style of music which shines through on every single track, and which proves you don’t have to innovate in order to impress. 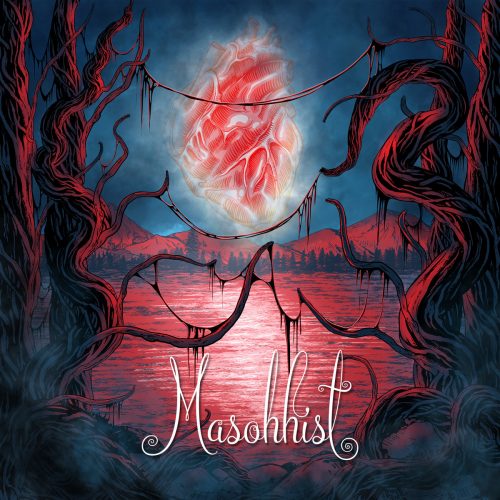 Of all the albums featured here today this is the one which I was most reticent about including. Not because it’s bad (in fact it might just be my personal favourite, although that Azziard album is also a close contender) but because it’s the least “traditional” album of the bunch.

Focussing more on sombre, simmering riffs, nuanced, proggy bass-lines, and heart-wrenching melodic lead lines than the scything tremolo and belligerent blastbeats of the preceding albums on this list, Masohhist errs closer to the sound of bands like Alcest and Harakiri for the Sky, marrying raw emotion to riveting instrumentation over the course of its almost fifty-seven minute run-time.

That doesn’t mean it’s at all lacking in primal power when the moment calls for it, particularly during tracks like “Külmun” and “Leia Mind, Rahu”, where both the drums and guitars kick up an absolute storm at key moments, but for the most part it’s the exploration of mood and ambience, melody and atmosphere, which makes this record such a spellbinding experience.

It’s also an album best experienced as a whole, as the dynamic interplay between melancholy, Post-Black Metal majesty and moody acoustic meditations, both within and between the various tracks, works best when the record is allowed to flow and proceed at its own pace, from start to finish.

It won’t be for everyone, obviously, especially not those after a bit more blasphemy and barbarism in their Black Metal, but I can guarantee it will strike a chord with a few of you, given the chance. It certainly has with me. 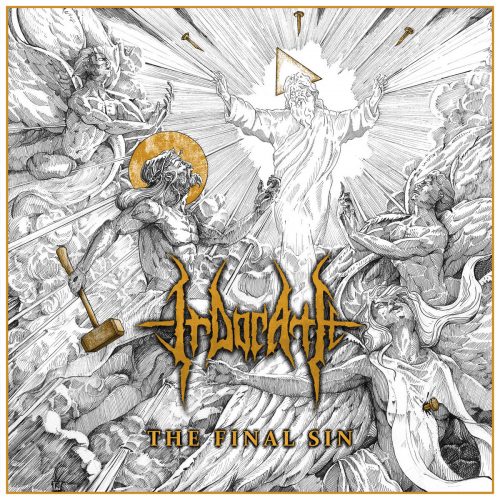 Austrian idolators Irdorath are another new discovery or me, but if their previous albums are even half as good as this one then I’ve got a lot of catching up to do.

Delivering nine tracks of some of the finest, most thrilling, Blackened Thrash (think 1349/Dark Funeral meets Exodus/Kreator) which I’ve heard in quite some time, The Final Sin is forty-two minutes of scything tremolo, strafing snare blasts, and choppy, neck-wrecking riffs whose success comes not from trying to reinvent the wheel, but from simply sharpening it and setting it spinning at such a ridiculously fast rate that you can’t help but be dragged along for the ride.

“Debaptized”, for example, is the blastbeat-driven Thrash anthem you never knew you wanted, while “Divine Delusion” is pure unadulterated Black Metal menace and melody, with just a tinge of thrashy energy bubbling away underneath the surface.

Then there’s “Disgust of Enlightenment”, which is equal parts razor-edged riffs and rippling tremolo, and “The Anthem of the Final Sin”, which is just as ridiculously epic and anthemic as its title suggests, and… well, I could go on and on about each of these tracks, because they’re all ridiculously good.

It may not be self-consciously “grim” enough for some people, but when it comes to pure riffcraft and sheer, high-voltage velocity, The Final Sin is absolutely second to none, and I’m definitely going to be jamming the hell out of this album for the rest of the year (and beyond). 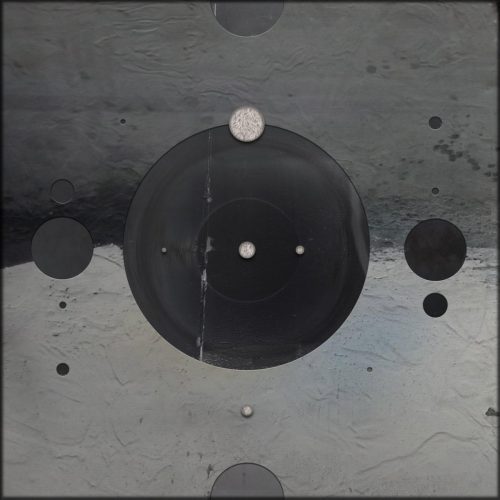 The debut album from Noctriulm is another record which appears to have flown under a lot of people’s radars, which is a shame as it’s truly a unique and intriguing piece of work, equally reminiscent of blackened legends like Enthroned and the dearly-departed Altar of Plagues as it is more esoteric artists like Virus and An Autumn for Crippled Children (whose new album is out today, FYI).

Each track (barring short, scene-setting intro “Nil”) is an intricate arrangement of moving metallic parts and ambient, avant-garde atmospherics, which can, at times, be as harsh and as harrowing as the most demonic of Black Metal bands or as dark and depressing as the bleakest of Doom acts, while at others can be as pensive and poignant as the moodiest of Prog performers.

Songs like “Spinal Tunnels” and “Where the Light Travels Backwards” (to pick but two of the album’s most titanic and immersive compositions) run the gamut from howling fury, sometimes bordering on unorthodox noise, to fragile, shining melody, which at times seems like the product of an entirely different creative mind. And yet, for the most part, these contrasts and contradictions work together, rather than making the record seem jumbled and unnecessarily discordant.

There are occasions, I’ll grant you, when the band’s ambition outstrips their execution slightly, and where the outlandish arrangement of elements and influences and competing ideas almost becomes too much to handle, but if you’re looking for something a little different, something which constantly and consistently keeps you on your toes without ever loosening its grip around your throat, then this could well be the one for you. 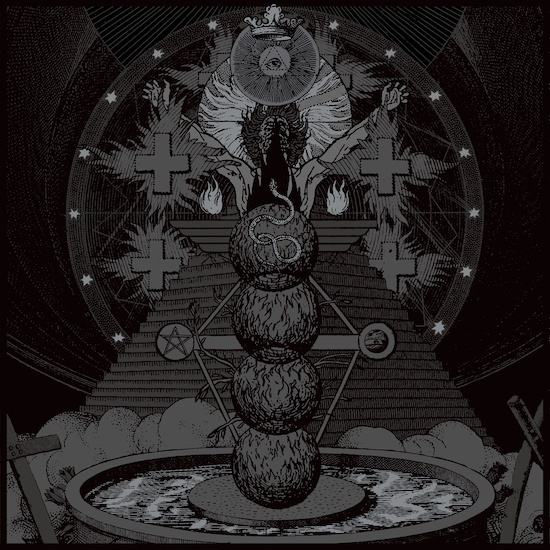 Last, but by no means least, Order of Orias have produced one of the most venomous and violent Black Metal albums of the year with their second album, Ablaze, a record which will most definitely appeal to fans of similarly destructive acts as Antaeus, Marduk, and Funeral Mist.

Those last two references in particular are no coincidence, as the vocals on tracks like raging opener “Blood to Dust” and the altogether gloomier, grimier “Snakes and Thorns” bear a fair resemblance to those of Marduk frontman/Funeral Mist mastermind Arioch (aka Mortuus), while the group’s riffs also share a similar penchant for subtle technical twists and grisly, gut-churning hooks in equal measure.

Of course the prodigious power on display here shouldn’t be discounted or ignored either, especially during such hideously heavy and antagonistically aggressive numbers as “Raging Idols” (which also features some rather brilliant bass work and striking lead guitar layers) and the even more intense “Crowned In Brass” (which might just be one of the most merciless and unforgiving tracks I’ve heard this year, erring at times towards the devastating discordance of bands like Ulcerate and Deathspell Omega).

But it’s the blending of this almost insane intensity with moments of desolate, doomy misery and eerie, addictive melody, which truly makes this record something special, both chaotic and controlled, abrasive and atmospheric, utterly murderous yet riven with melancholy, and about as perfect a Black Metal album as you’re likely to hear in 2020.