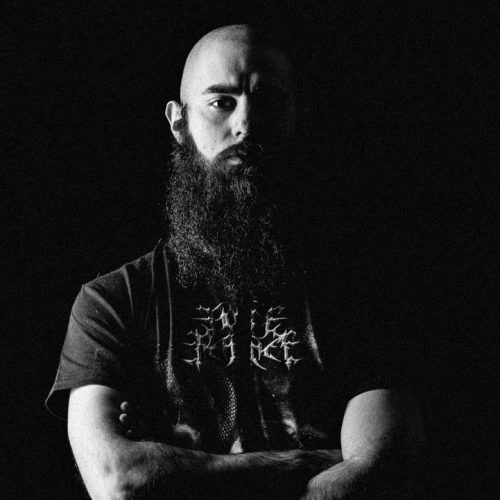 I started writing lyrics almost 20 years ago when I still was in high school and singing/playing guitars in a local Swedish death metal band called Shoreborn. My vocal style was influenced by Micheal Stanne from Dark Tranquillity in particular and lyrically I followed in their footsteps and those of bands like At the Gates or Death.

Later on I started an avant-garde solo project called Kalki Avatara that was lyrically inspired by a lot of reading I did at the time about eastern religion and philosophy, where I could experiment with various vocal ranges from growling to clean vocals in a more personal style.

Then in 2010 I joined Hour of Penance and soon started working with guitar player Giulio to get the hang of things. It was not easy because they already had an established vocal style from their previous albums, so I first started studying their vocal lines to grasp the main traits and make them my own.

After having learnt the basics I tried to establish my own way of doing things and I soon realized that I wanted to have vocal lines that improve on the music, not just singing something on top of fast riffs.

The best way to do that for me is to first create vocal lines and patterns on the music, singing random words and syllables that match the patterns I have in mind. After laying this basis I start working on the lyrics.

I know it is a bit unusual since most bands adapt the lyrics to the music and not vice versa, but considering the speed and technicality of the songs, doing so would add another layer of different rhythm that would make everything less tight and interesting.

I believe that vocals should have a musicality of their own even in extreme metal, something you can remember that adds the right aggression and emotionality.

Once I have a pattern ready, I start writing the lyrics, paying attention to the length and syllables of words to make them fit into the pattern. I choose the subject beforehand usually, but sometimes I just start writing and follow up on that.

I read a lot of books, narrative, poetry, ancient history, history of religion, philosophy or esotericism, and I mix them like in a blender. Sedition, for example, had a bit more of an antireligious/warfare angle inspired by the previous albums, but from Regicide onwards I’ve started adding more layers of meaning and trying to develop a more recognizable writing style.

These days I mostly get inspired by what happens in the world from a political and historical point of view, then I try to reinterpret it in a different way or from a different angle. I prefer to talk about things that resonate emotionally with me, the wrongdoings happening right now or in the past, the injustice and the oppression of organized crime, clergy and politicians that we Italians know too well. 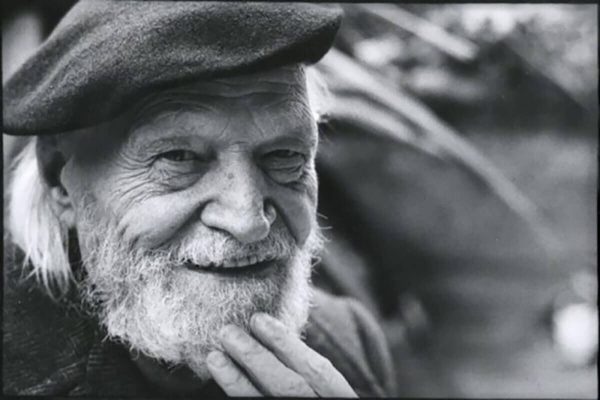 It is very hard to choose. There is an Italian poet, Giuseppe Ungaretti, who fought in World War I and wrote about his experience. This poem is called “Vigil” but his whole opus is just great (unfortunately some shades of the language get lost in translation):

under the full moon

We had many great poets in the last century in Italy, I don’t know how well-known they are abroad, but just to mention a few: Eugenio Montale, Salvatore Quasimodo, Edoardo Sanguineti.

Outside of Italy I like T.S. Eliot very much, especially “The Hollow Man” and “The Waste Land”, and also Ezra Pound. They both made use of their knowledge of history of religions and esotericism and mixed it in a modern way that is just great.

As I said, on my first album with Hour of Penance I tried to keep my lyrical style close to their previous works, so in a way they were a bit less personal. Also I was less experienced in playing guitar and singing at the same time, so when writing vocal lines I was keeping them closely tied to the music, so even though I still like Sedition a lot [so do I! – Andy] I think that, compared to the last album at least, the vocal lines and the accents were overall less varied and less dynamic.

Since then the writing process has remained the same but I’ve kept working on how to create more interesting vocal lines while still keeping some kind of catchiness that I consider very important in the economy of the band’s sound. I also tried to give the lyrics a more personal style, in fact you can see some recurring themes, words and syntax in the albums following Sedition, moving from a purely anti-clerical approach to a more varied and philosophical approach on religion, war and politics.

We can analyse “Ascension” for example, as it sums up the lyrical style of Sedition and deals with the classic theme of war against the church, led by an enlightened tyrant.

This is the only slow/mid-tempo song on the album, and the vocal lines are focused toward more varied vocal patterns rather than pure speed.

Heading for the home of god

The scent of Christian blood is upon thee

Seeking to ascend upon the throne again

Then we have a bridge where the drums speed up a bit and the vocals speed up too to follow the rhythmic pattern of the riff in a tighter way.

With rage we’re moving forward, we don’t spare a single human being, no one’s left alive

Descend upon the ones who don’t submit to our master’s will, no one’s left alive

Then there’s the chorus, with a catchy vocal line that makes it easy to remember and works particularly well during live shows.

I always try to write interesting choruses. I see it as something that needs to stick to your head since the music is always so fast and technical, otherwise it would be just a boring dude screaming randomly on blast beats.

Hail – The sun is crumbling, all the stars are pale

Then the tyrant ascends to godhood after being extinguished by his own fire. Fire is often seen by many cultures as the way to reach the gods, and is the medium via which a sacrifice is complete.

Pater, I feel my blood turn into fire

Grow in me, nourish me, I feel my soul turn into fire

I’d like to talk about “Fallen from Ivory Towers”. That is, both in terms of meaning and technique, one of the most interesting songs off Misotheism in my opinion.

It’s a song about the people getting revenge for being oppressed and exploited by those in power, who use wealth to take away every right from most of humanity. Even if we’re talking about the present and the inequality of capitalism the setting appear to be in a somehow undefined old era.

They pay with their souls drenched in cruelty

Foul bodies amassed and left to writhe in pain

Revenge for the suffering plebs

This first part consists of four lines, where the metrics of the first two have syncopated accents following the guitar riffs, the third is full triplets, and the last one slows down to have a stronger impact. Then we have the fast part in the classic HOP style, whose metrics closely follows the guitar riff accents at a fast pace.

We deny the merciful condemnation comminated to them all

Then we have the chorus, where the guitar riffs are simpler and there is the chance to add a layer of catchiness to it. The term “lodge” is related to the masonic lodges, as we had and unfortunately still have some sections in Italy that are well-tied to organized crime, as many police investigations and trials have brought to light.

We despise your symbols of wealth

Our wrath will melt your gold

We will burn your lodge to ashes

Time to face your dreadful fate

Then there’s a fast black metal style riff, where the simpler riff allows for a more expressive use of the vocals. The theme here is about justice, as we know that the smartest criminals are also the ones who easily manipulate people and are able to fake repentance and good conduct. Many mafia bosses are model inmates because they know that they can get some years off their imprisonment, but also many of the wealthiest men in the world make their money exploiting low-wage workers in poor countries.

Justice is not to repent

Justice is cleansing the world from these vermins

Thanks for this opportunity, it was very interesting to share something about metal vocals, as many people see it as just random screams that everyone can do. There’s a lot of work behind it and I hope this column can help shed some light onto it and also give some advice to bands who have just started playing this music.