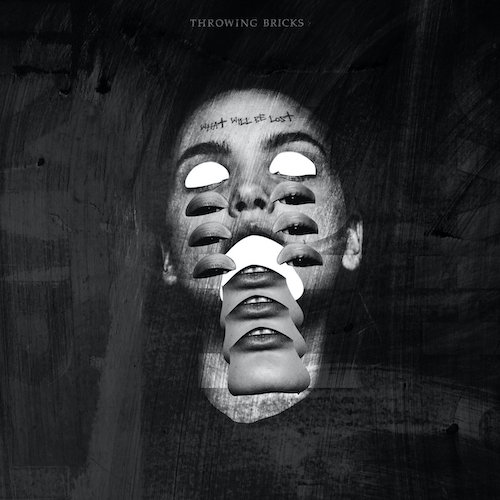 The video we’re presenting here is an arresting collage of images, of film and still photos and hallucinatory visual effects — decrepit structures falling apart and being reclaimed by nature; barren midnight alleys lit by flickering lights; forests bathed in day-glo colors; branches distorted on the surface of a pond; a sleeping woman becoming a plaything for giant shadow hands; x-rays; tombstones; spiders waiting in their webs; naked bodies spinning on their axis; parched earth; computer code… and the Dutch band Throwing Bricks throwing themselves into a performance.

The video is intense and unnerving, a head-trip and a mind-fuck. The music it accompanies, a song called “Ready To Fall“, is also intense and unnerving… indeed catastrophic… and yet in some ways dreamlike. It is, in the band’s words, “a song about the fear of loss. A theme that, sadly, gets more and more relevant every day. This video is based on this deprivation of humanity.” 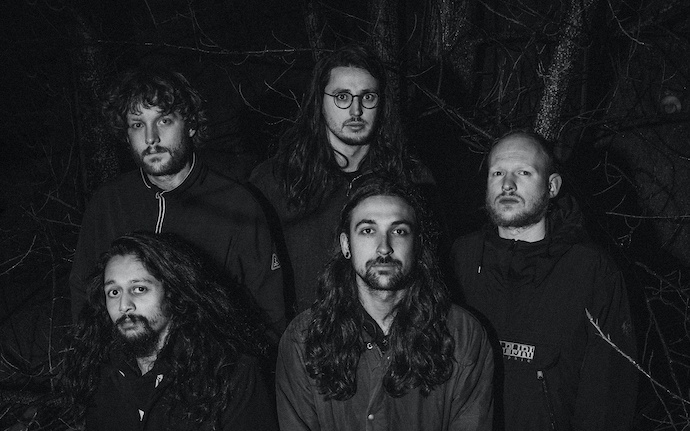 Throwing Bricks began life in Utrecht as a vicious hardcore unit, and they haven’t abandoned their punk roots, but as you’re about to find out there’s a lot more going on in their music now. As reported by Tartarus Records, the label that’s releasing their debut album What Will Be Lost, they’ve brought into play “slow and crushing sludge riffs and dashes of black metal and screamo”, and we’ll add that elements of post-metal are in play as well. They say, “Get ready to be sucked into a very heavy and loud void”, and that’s the damned truth.

“Ready To Fall“, in particular, is devastating on multiple levels. At one level, it’s massively heavy, lowering the boom with bone-smashing low-end chords and skull-clobbering drums, heaving and groaning like a lurching leviathan. The music also seethes in agony, with tremolo’d guitars generating a pitch-black feeling of despair and hopelessness, and screaming vocals that are ruinous in their expression of fury and pain.

And yet in the midst of this earthquaking calamity, the decibels suddenly drop to near silence, making way for an entrancing, wistful instrumental, and later, after the music shakes the ground again, the lead guitar rings out a shining melody like a chime, a melody that seems yearning and forlorn but nevertheless entrancing. And as the trilling riff climbs higher at the end, it does indeed sound sublime.

To return to the video, Throwing Bricks explain: “The video was completely directed and produced by our bass player Jordi van Putten. Because it was a DIY effort, our vision for the video got the best possible result.”

What Will be Lost will be released by Tartarus Records on May 15 in an edition of 100 cassettes housed in a diecut cardstock case. They recommend it for fans of Amenra, Ultha, Oathbreaker, Rise And Fall, and Regarde Les Hommes Tomber. For more info about how to order, follow these links:

One Response to “AN NCS VIDEO PREMIERE: THROWING BRICKS — “READY TO FALL””