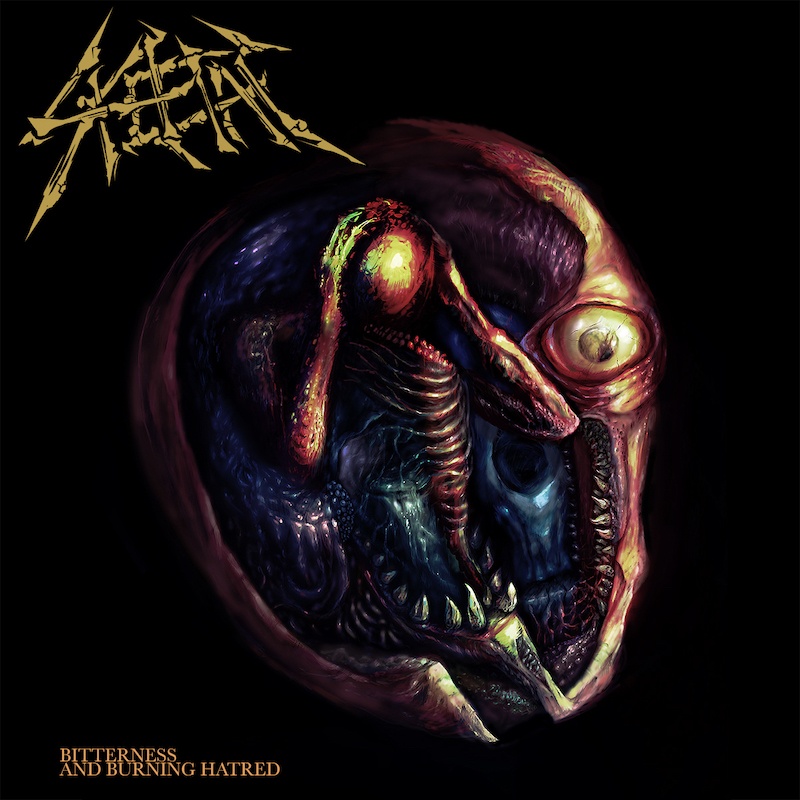 Bitterness and Burning Hatred is the name of the new album by the Finnish death metal band Skeletal. The name also sums up the emotions that a lot of people are feeling these days — living under regimes that are leaving broke, hungry, and hopeless people to fend for themselves while gambling with their lives due to deceit and incompetence in dealing with the pandemic.

Those aren’t exactly healthy emotions, and a cathartic purging of them every now and then is probably a good idea. The Skeletal song we’re premiering today off the new album provides exactly that kind of experience. Rather than gloomily seething and poisoning itself with its own venom, the song is a tremendous thrill-ride, and the kind of music that makes you feel like you can hold your head up, bare your teeth, and survive anything. 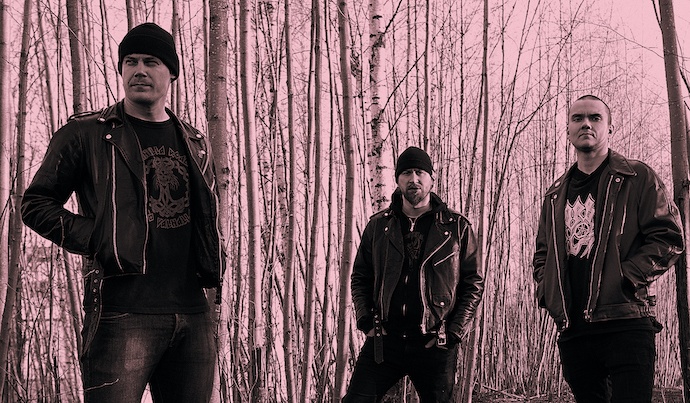 “Burning Hatred” is a death/thrashing hellraiser. Driven hard by a riveting snare-drum attack, and fueled by a big bass pulse, it delivers furious riffing that channels a kind of blazing grandeur at the same time as it gets the blood-stream boiling. And speaking of boiling, the song includes flamethrowing, fret-melting solos that elevate the song’s super-heated temperature even further, as well as vibrantly swirling leads that grow increasingly delirious, and some well-positioned percussive jolts that will knock you back on your heels. In keeping with the ebullient savagery of the music, the vocals are equally crazed, veering from raw, braying howls to hoarse, guttural roars and back again.

Hailing from Jyväskylä, Skeletal originally formed in 2007 and were reactivated in 2013. Musically they are influenced by late ’80s/early ’90s classic death and thrash bands such as Morbid Angel, Death, Pestilence, Carcass, and Slayer.

This new album (which features cover art by Samuel Lehikoinen) is their second full-length, following their 2016 debut album Dreadful Life, and presents 9 songs of aggressive death metal with old-school production and more progressive influences on songwriting.

Bitterness and Burning Hatred is set for release on July 6th by Death In Pieces, and will be available in a CD edition limited to 500 copies, with the first 50 including a sticker and pin. Info about how to order the album will become available in the coming days at these locations: