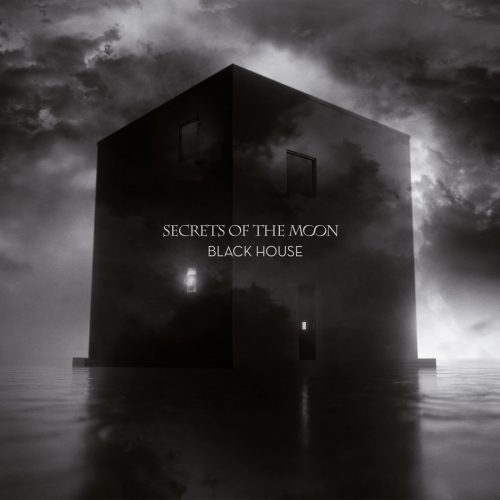 (This is Andy Synn‘s review of the forthcoming seventh album by Germany’s Secrets of the Moon, which will be out on May 8th from Prophecy Productions.)

Like any tool the use of comparisons, comparing one band to another, can easily be abused (remember back when Deafheaven first started to get big and it seemed like every review had to find a way to reference them somehow?) but it can also be an effective way of connecting with readers and putting them in the same mindset as the writer.

Some bands, and some fans, seem to really hate it, however, and can respond with surprising venom and vehemence to any suggestion that their music isn’t totally unique and utterly incomparable…

Now, Secrets of the Moon may not have reacted that badly to the reviews of their previous album, many of which, my own included, included glowing comparisons to the likes of Alice In Chains, Fields of the Nephilim, The Cult, and more, but they clearly took a little bit of umbrage to the use of so many different references to describe their music, so much so that the PR materials for Black House make a big point about how the album can’t be defined with such reductive methods.

And so, in an attempt to respect the band’s wishes, I’ve decided to write the following review without making a single direct comparison to any other bands. 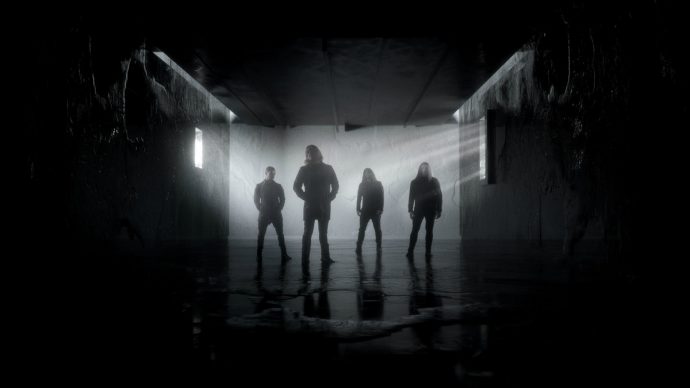 You see, perhaps the best way, at least the best way I can think of, to get a handle on the band’s spellbinding transformation here is to consider the parallel evolutionary path taken by Icelandic space-cowboys Sólstafir (whose singer actually guested on the alternative version of “Man Behind the Sun” from Secrets of the Moon’s last album).

Oh, there are certainly differences – for one thing SotM’s metamorphosis has been both more extreme and more abrupt – but, both sonically and spiritually, the bands definitely share a similar vibe and vision (particularly on “Heart”, which really makes me want to see the two acts tour together).

Of course, the seeds for this new phase of the band’s existence were already sown way back when they released Sun in 2015 (which, oh my stars and garters, seems like a long time ago now), but it’s crazy to think that songs like brooding, bombastic opener “Sanctum” and the dynamic, doom-laden “He Is Here” (which are two of the record’s finest cuts) come from the same band who created such fantastically severe and sinister Black Metal albums as Antithesis and Priveligivm.

And while Black House isn’t quite as flawless as Priveligivm – “Don’t Look Now”, for example, is one of the album’s weaker cuts, and feels out of place coming so early on in the tracklist, while the guest vocals near the end of “Mute God” prove to be one of the rare instances where these additions actually detract from the material – the fact that’s it’s a lighter, far less metallic, listen doesn’t mean it’s any less dark.

“Veronica’s Room”, for example, is both morbidly melodic and cruelly catchy from start to finish, all simmering shadows and velvet-smooth vocal harmonies, while the title-track is a gloomy, grunge-soaked anthem that manages to be as desolate and dream-like, in its own way, as the darkest, most depressive, of Black Metal.

And then there’s “Earth Hour”, which draws the whole record, all its various ideas and influences and inspirations, together in one fell swoop to bring things to a resounding, reverberating close, all with the express intention of making you want to spin the whole thing again immediately.

If anything, it might be more appropriate to characterise this phase of the band’s existence as their “Post Metal” years… not in the normal sense though, but more because they have finally, and fully, moved on from their (Black) Metal roots  and, in the process, created something which defies easy categorisation (in the best possible way) but which is undoubtedly, and uniquely, their own.

SECRETS OF THE MOON:
https://www.facebook.com/secretsofthemoonofficial/

2 Responses to “SECRETS OF THE MOON: “BLACK HOUSE””