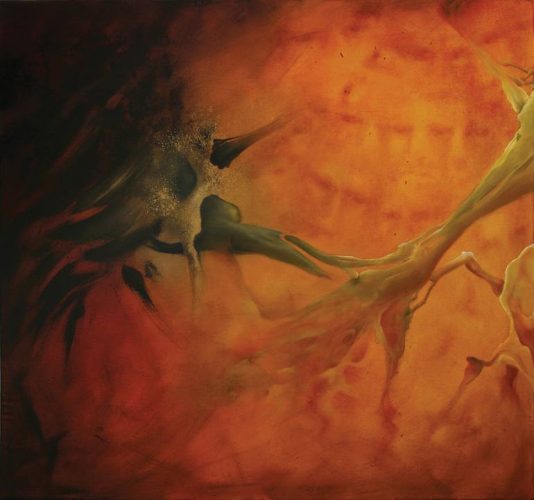 By good fortune I’ve got a rare day off from work today, which means I’ve finally got a little bit of time to dedicate to writing about something that’s been on my mind quite a bit recently.

So bear with me, if you will, and have those flaming pitchforks at the ready, as I go off on one of my signature rants…

Now the topic I want to discuss here today isn’t a new one by any means. It’s been happening for as long as I can remember. But something happened recently that brought it to my attention once again.

You see, there’s long been this trend where certain writers/critics (and fans) seem to see any move towards mass-appeal mediocrity as a sign of so-called “maturity”.

I’m sure you know the type of things I mean, for example:

It’s as if, in some people’s minds, the only way to be a “real” artist, or at least one worth talking about, is to find some way to appeal to the widest cross-section of people possible.

Of course, what this really does is promote an agenda of bland homogeneity both in the world of Pop music and in the bands from other genres who want to be more like Pop music.

Heck, studies have shown that as sales have increased, as shifting the greatest number of units per week has become the single most important thing in the modern music business, that the variety and diversity of the sounds we hear has actually decreased significantly, to the point where, more often than not, what you’re being sold is an algorithm, carefully formulated and rigidly designed, to appeal to the greatest number of consumers as possible. It’s pure Pavlovian commerce, whittled down to its most basic, artless form. 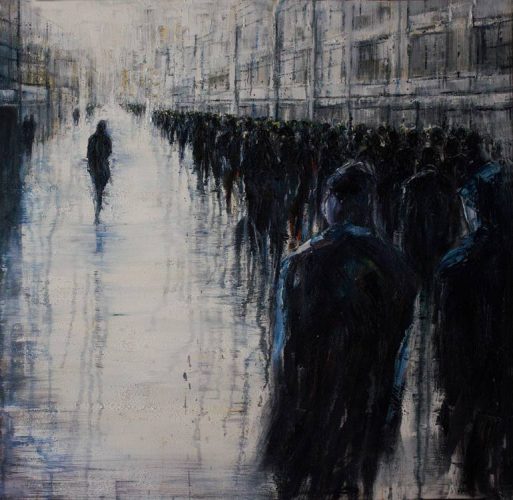 That being said, it would be very easy here to get too pretentious or too precious about all this, and I’m not trying to say that “all music these days sounds the same” or that “things were better in my day”.

The fact is that there’s always been great, artistically creative Pop music being made, and there’s still great, artistically creative Pop music being made now – much of which is still actively being seized upon by large numbers of listeners (take current anti-Pop starlet Billie Eilish, for example) despite, or more likely because of, the fact that it doesn’t fit as neatly into the processed, pre-packaged mould.

Case in point, a certain relatively well-known US band, whose album I reviewed last year, recently released an acoustic version of that record’s undeniably heartfelt, but also extremely hammy, ballad, resulting in a variety of responses ranging from incredulous confusion (one of my good friends remarked immediately on how ridiculously auto-tuned the vocals were) to fawning adulation, with several of the band’s fans immediately crying out for them to do a full acoustic album.

This immediately got me to wondering — if you claim to like a band, but only really like them when they don’t sound like themselves… do you really like that band at all? Or are you just looking for something else, but don’t really want to admit it?

The same (or similar) thought occurs to me whenever I see various Metal journalists and/or media figures spending more of their time online (particularly on Twitter) waxing lyrical about the virtues of Pop music, trying to convince their audience how “eclectic” their taste is, rather than, you know, actually promoting and supporting the music they claim to love.

Sometimes I wonder if they might not just be happier simply writing about Pop music for a Pop-focussed publication, instead of trying to get Metal-focussed magazines/sites to write about poppier and poppier bands?

Again, I don’t want anyone to think I’m intrinsically biased against Pop music, or melody, or bands who write catchy songs . Heck, you only have to look at some of the bands I’ve championed over the last few years – Brutus, Astronoid, Leprous, Klone, etc, all of whom could/should have been massive crossover hits given the right push from the right people – to see that’s not true.

Nor am I against bands adapting and changing their sound over time – for what it’s worth my favourite Paradise Lost album is Host – as long as it’s clearly motivated by personal and/or artistic concerns, and isn’t just another desperate, data-driven cash-grab.

Of course, this urge to get bands to “be more like Pop music”, to “mature” and be more accessible to the casual listener, has, in my opinion at least, an obvious cause when you think about it.

And, again, I think a lot of us, consciously or not, took this onboard on some level, which is why there’s often such an undercurrent of shame in a lot of Metal writing and/or fandom – we’ve been told for so long, by so many people, that it isn’t “serious” or “adult” music, that we’ve unconsciously developed a bit of a complex about it!

So it’s not surprising to me any more when, inevitably, a band produces a relatively mediocre, but undeniably accessible, new record, only to see it promoted and praised to high heaven as their best and most “mature” work yet.

Because, for many of the reasons I’ve laid out above, a lot of people still see any release that appeals to the masses (or the mass-market) as a way of “legitimising” their musical tastes… even though they really don’t have to.

There are a lot of other angles to explore here, obviously (I could write a whole extra piece on why the differentiation between music genres is, in my opinion, a double-edged sword, promoting internal creativity within the style(s), while also fostering stupid, tribal divisions between them) but I suppose it’s about time to wrap things up with some sort of conclusion.

If there’s one thing I want you to take away from this column it’s this – we need to stop looking to others for approval and affirmation of our tastes. Metal can be just as moving, just as emotional, just as “mature”, as any other genre, and we need to start celebrating this fact, not praising bands who’re so desperate for success that they’re willing to sound just like everybody else.

That’s not to say that we can’t learn things from other genres – far from it, in fact – but this idea that the only way for Metal to evolve, to be “successful”, is by sacrificing its core identity needs to stop.

Let me leave you then with an album that is definitely the most mature, the most meaningful and well-realised collection of music, which this band have ever put out, while also being perhaps their most moving and most accessible effort to date.

It’s a perfect example of how, just as mediocrity is not the same as maturity, maturity doesn’t have to mean mediocrity either.