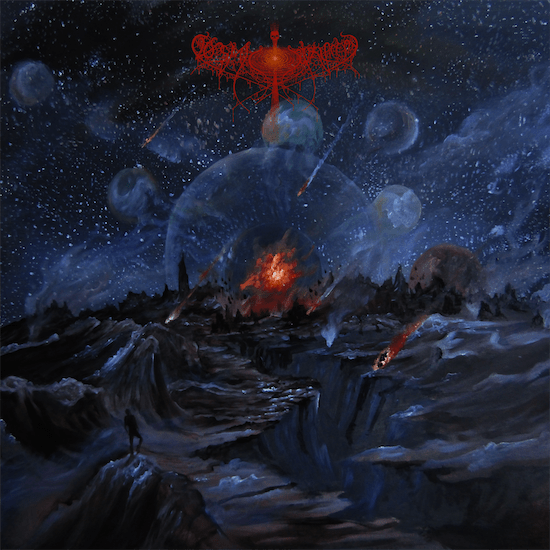 In the spring of last year we had the pleasure of premiering At the Threshold of the Greatest Chasm, the debut album of the Italian death metal band Cosmic Putrefaction. Of that album we wrote:

“The songs are constantly veering, the rhythms and tempos in continual flux, the fretwork freakishly intricate and destabilizing. That overarching air of dementia ranges from crazed melees of rampant viciousness to brooding, muttering insanity — with moments of soaring magnificence.

“The album is not exactly loaded with catchy riffs, not made for frequent headbanging, not content to follow straight-forward, well-paved paths. Instead, it’s the kind of album that delivers a thrill-ride — a hellish sonic roller-coaster you experience blind-folded so you don’t see what’s coming. And while the atmosphere, at a high level, is one of derangement, it has other atmospheric qualities that lead the listener off into eerie pan-dimensional and cosmic realms”.

Wasting no time, Cosmic Putrefaction has prepared a second album, with the extensive title of The Horizons Towards Which Splendour Withers. It will be released by I, Voidhanger Records on May 22nd, and today we’re again privileged to make a premiere — the third and final advance track to be revealed before the album’s release. Its name is “Abysmal Resonance Projection“. 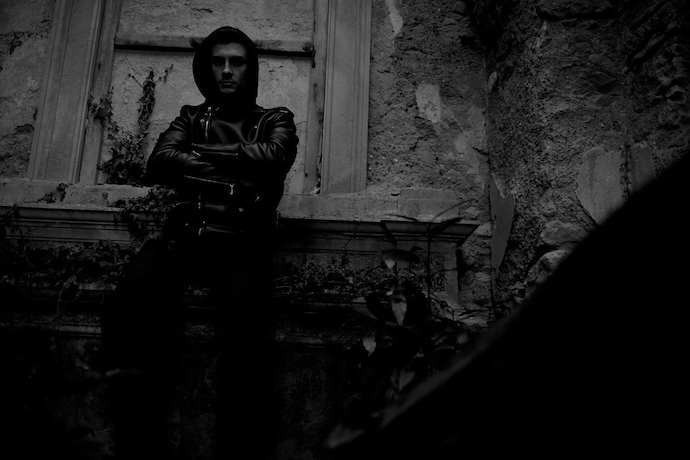 As on the debut album, Gabriele Gramaglia (of The Clearing Path and Summit) is again the mastermind, but this time performed vocals as well as all instruments. In addition, this time he has incorporated some of the progressive and esoteric aspects that have characterized his other projects.

As I, Voidhanger reports, “The band explores the whole panorama of extreme music and metal idioms incorporating the most diverse influences: from death metal to grind and doom metal, passing through atmospheric and progressive black metal, also treating itself with a fascinating, apocalyptic symphonic interlude that adds an avant-garde touch to the album’s closing number”.

“Abysmal Resonance Projection” bears out some of these descriptive previews. It runs the listener through a gauntlet of hammering percussion, vicious scissoring riffs spiked with flaring and freakish arpeggios, and a cavalcade of abyssal roars and incendiary screams. Bursts of maniacally fast drum acrobatics and darting, demented fretwork add to the music’s atmosphere of slaughtering derangement, while gloomy chord reverberations and wisps of wailing melody lend the music a companion aura of doomed oppressiveness.

But the song proves to be even more multi-faceted than the foregoing description would suggest. The bewildering onslaught of ferocity suddenly vanishes, with all the diabolical combatants suddenly sucked into a black hole of mysterious gleaming shimmers and uneasy droning depths. From there the attack builds again, slowly at first, clawing its way forward in dismal and diseased fashion, and then beginning to dart and whirl  again as the drums batter with neck-snapping aplomb… and the music also soars… in a portrayal of unearthly grandeur.

The astonishing cover art for the album was painted by by Nox Fragor Art. I, Voidhanger will release the album on 12″LP vinyl, limited to 200 editions (100 black and 100 colored), as well as a digipack CD edition, and digitally. I, Voidhanger recommends the album for fans of Gorguts, Immolation, Stargazer, and Dead Congregation.

Below you’ll find pre-order links, the track list, and streams of the other two songs released so far. 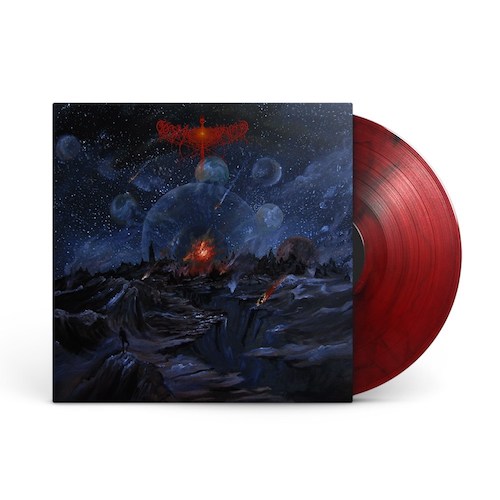