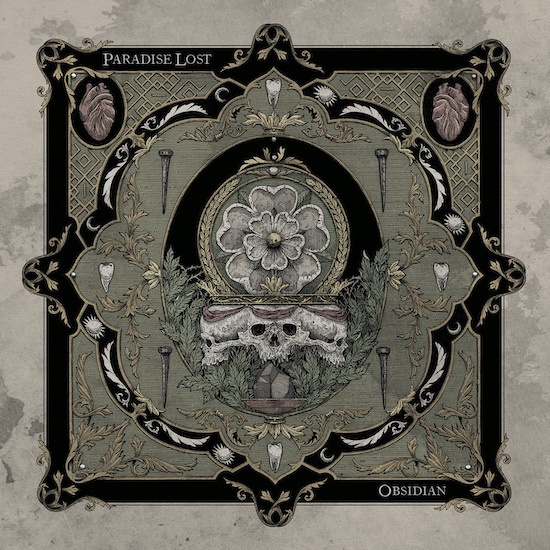 (We present Andy Synn‘s review of the new album by Paradise Lost, which will be released on May 15th by Nuclear Blast Records.)

Every time a legendary, much-loved band releases a new album there seems to be a race as to who can be the first to declare it “their best album ever”.

Some of these people are, of course, the type of overly ardent fan who’ll take any opportunity to demonstrate their devotion to the band (and to anyone else who’s watching), but others, or so I like to think, are simply blinded by the glare of something shiny and new (which, as we all know, is always alluring).

Case in point, I’ve already seen umpteen write-ups of Obsidian declaring it to be a “masterpiece” – it’s not, though it is very good, which I think people will realise once the hype has died down a little and they’ve had time to reassess – largely, or so it seems, due to the fact that it leans further towards the band’s gothier side (think their Draconian Times/One Second period) than the pure Death/Doom of 2017’s Medusa. 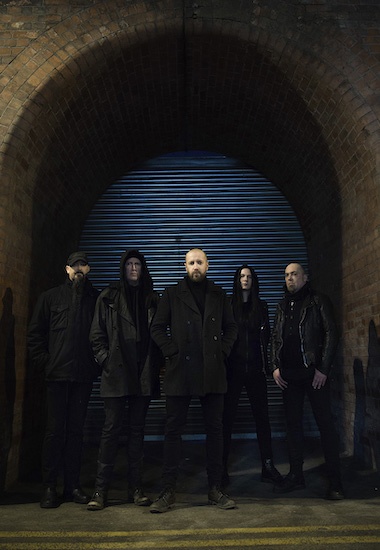 The album certainly starts off on an extremely strong footing, as opener “Darker Thoughts” is, in anyone’s estimation, an instant/future classic, all engrossing, enchanting atmosphere and moody, mesmerising melody, with more than enough metallic bite to help it get its teeth into you.

However – and here I’m about to say something which may seem a little controversial, but which isn’t intended to be – the album doesn’t really get going until track four, “The Devil Embraced”, which is as gloomily glamorous and dynamically doomy as the band’s very best (and features a compellingly charismatic, career-best performance from frontman Nick Holmes).

The reason for this is that as enjoyable as both the brooding Goth-Metallica of “Fall From Grace” and the lurid, decadent grooves of “Ghosts” are, they’re also not quite as good as the album’s finest cuts (more about those soon).

The former, for example, hints at building towards a cathartic chorus which never quite manifests, leaving it feeling a little bit flat overall, while the latter is, by contrast, arguably a little too chorus-heavy, making it a perfect Goth/Rock clubnight dancefloor filler (and, if you happen to be one of our many American readers who’ve never experienced the pure joy of one of these nights, then I feel bad for you) but also a little bit lacking in substance when compared to the rest of the record. 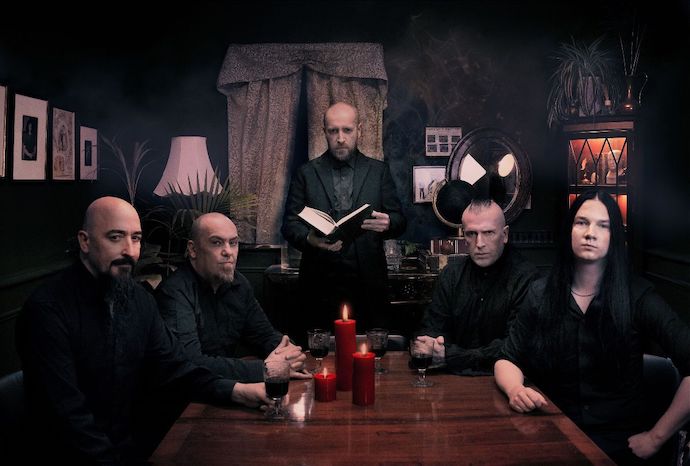 Speaking of the rest of the record… I’ve already mentioned how great “The Devil Embraced” is – haunting, heavy, and irresistibly headbangable in equal measure – but the run of quality from this point on is (almost) unbroken.

“Forsaken”, for example, is an absolutely massive Goth-Doom anthem, with Mackintosh and Aedy channelling their inner Hetfield/Hammet (or Wright/Yates) guitar hero ambitions to their fullest extent (and sounding like they’re having an absolute blast doing so) while “Serenity” is the sort of pitch-perfect, hook-heavy Death/Doom that Paradise Lost have long-since mastered but which they also somehow keep getting better and better at, year after year.

And while the impact of “Hope Dies Young” is undercut a little by some slightly cheesy and obtrusive synth/vocal parts, both its predecessor “Ending Days” (which could almost have come directly from Draconian Times) and subsequent closer “Ravenghast” – an effortlessly evocative display of striking, ever-shifting, gloom ‘n’ doom dynamics that may very well be the best song on the album – more than cover for this slight misstep.

But while this effectively wraps up my coverage of what one might consider the main body of the record, it would be remiss of me not to mention just how fantastic both the “bonus” tracks are, to the point where (arguably) the band could/should have switched out two of the slightly weaker numbers I’ve mentioned above in favour of “Hear the Night” and “Defiler” instead.

The former in particular is a bubbling cauldron of heaving riffs, gravelly vocals, and piercing lead melodies, all building towards a masterful conclusion of crunching guitars, crisp hooks, and intricate clean/harsh vocal interplay, and it would be a damn shame if some of the band’s fans missed out on hearing just how good it really is.

In conclusion, then, while Obsidian may not be as consistently great as its predecessor (though not for lack of trying) its high points are just as high, just as mournfully melodic and gloriously gloomy, as the highest peaks of the band’s back-catalogue (“Darker Thoughts”, “The Devil Embraced”, “Serenity”, and “Ravenghast” in particular are amongst the very best of the best that Paradise Lost have to offer).

But it does make me wonder… after revisiting their Death/Doom roots so comprehensively over the course of the past several years, could the band’s current Gothic renaissance perhaps lead to a return to the synth-drenched sadness of Host somewhere down the line? Only time will tell…