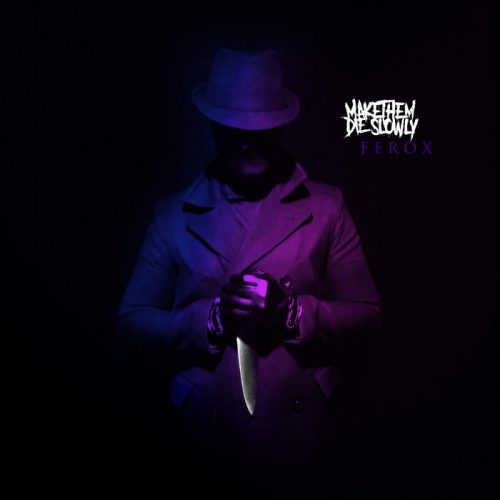 Make Them Die Slowly was White Zombie‘s second album, released in 1989. Before that it was the name used in the U.S. for Cannibal Ferox, a 1981 Italian cannibal exploitation horror film written and directed by Umberto Lenzi. According to The Font of All Human Knowledge, “upon its release, the film’s US distributor claimed it was ‘the most violent film ever made'”, and it was reportedly banned in dozens of countries, “although this claim is dubious”.

And it’s the name of a new band formed by Mick Kenney of Anaal Nathrakh (who will themselves have a new album ready for release this coming fall). 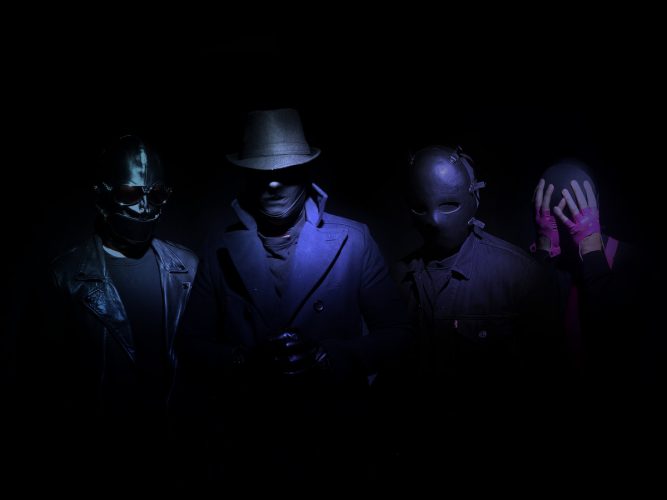 Because the band’s members are masked and anonymous, their complete identity is a mystery, though rumor has it that they come from Anaal Nathrakh and Fukpig (Metal Archives identifies Fukpig‘s Duncan Wilkins as well as Kenney). Their debut album, released on May 1st, is named Ferox, which solidifies the connection to that Italian horror movie.

The connection is made apparent in other ways, beginning with the sample that opens the first track, and including melodic elements that invoke feelings of dread and horror as well as a multi-textured mélange of truly macabre vocals, which veer from vein-splitting shrieks to malignant roars and deranged snarls.

The music is also sinister and savage at its core. It’s often heavier than a very heavy thing, delivering brutal percussive jackhammering with a machine-like, start-stop momentum and ferociously gouging chords, but the band also explode in torrents of Nathrakh-esque mayhem, all bullet-spitting drumwork and ripping riffage.

As a further sign that the band is composed of seasoned musicians, the songs are spiked with hook-laden riffs and ethereal keyboard accents, and sometimes include sweeping spectral synth layers and even choral vocals that together give the music an aura of bleak or menacing grandeur to go along with its truly titanic, spine-shaking, industrialized power and the episodes of breathtaking hyper-speed violence.

All in all, Ferox is a terrifically exciting experience that manages to be both explosive and frighteningly atmospheric, both eviscerating and melodically memorable. Don’t miss it.

Ferox is available on Bandcamp and Spotify (here).