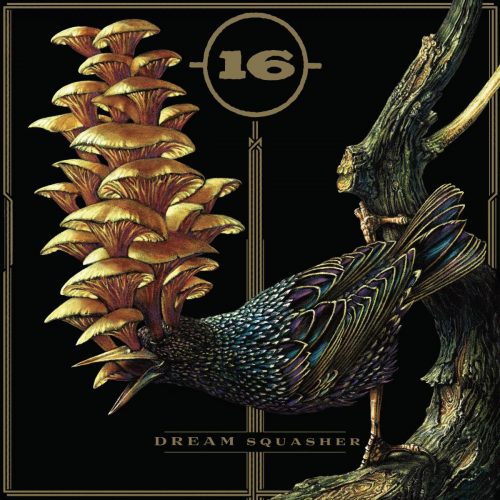 (This is Wil Cifer‘s review of the new album by San Diego’s -(16)-, which was released by Relapse Records on June 5th.)

With anger as the universal language and the Apocalypse looming, sludge is a fitting soundtrack.

This band continues to stand out from the pack. They are not a Neurosis tribute and more Anger closely aligned with noise rock than doom. Hardcore influence can be heard in their more explosive moments, and I like the effects on the vocals. Lyrically it reminds me of the Melvins in their chaotic musings. 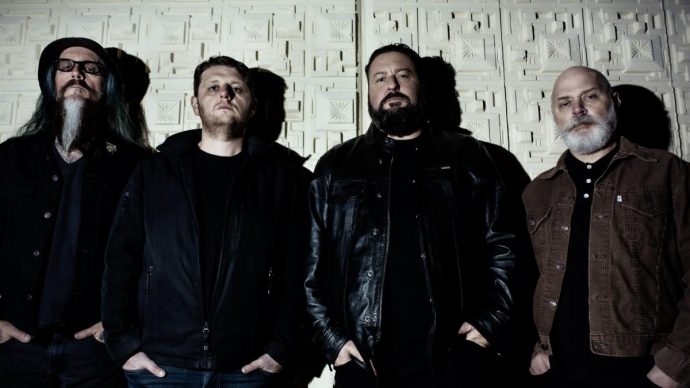 They come at you with more punk momentum on “Me & the Dog Die Together”. It’s a love song about his dog. Musically this is a little more straightforward than what I normally listen to. More sardonic than it is dark. They rumble with a very claustrophobic mix that shadows sounds echoing from the ’90s. The sound of rough burly lumberjacks before being a lumberjack was cool. The keyboards add needed texture to “Sadlands”. The vocals are also sung rather than gruffly barked at you. This is just the kind of dynamic shift the album needed and the best of the first three songs.

They come back harder with “Harvester of Fabrication”, which is accented like a pumped version of Helmet. There are some pretty decent grooves here. This balances out the more abrasive elements. The first touch of doom is on “Acid Tongue”. It is pretty fucking powerful. Darker but really compared to what we call doom here, closer to sludge, and that is fine with me.

“Agora” starts off more blues-based and then kicks into their trademark crunchy stomp. “Ride the Waves” is pounding but also has a more rock ‘n’ roll groove to it. “Summer of ’96” is very headbang-inducing and does in fact remind me of its title. If I can really remember that year, as there was a ton of drugs involved. There is some darker chaos to “Screw Unto Others” .

“Kissing the Choir Boy” closes out the album. It does a great job of balancing a more traditional metallic heaviness, that is, given their own twisted spin, with some more melodic elements and makes for great songwriting.

This proves to be an album I can just leave on and let play, where that has not been something I can recall doing with these guys in the past. This speaks volumes in regards to the direction they have taken their songwriting. and when you listen closely to the lyrics of this album you can find that they are very timely to the Corona world.

Fans of this band should find this progression pleasing. They could have remained stagnant and dialed in more subwoofer-destroying fuzz, but instead gave more attention to the songs rather than their Orange amps. This made for what might be the best album of their career. It is much better for your ears than listening to the news these days. In planning for the future this album will be perfect for suiting up like Lord Humongous and climbing in the dune buggy for a Sunday afternoon cannibal barbeque.