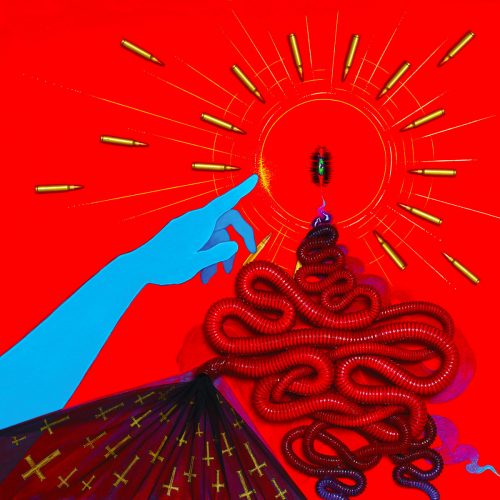 (Here’s Andy Synn‘s review of the new album by the Polish band Biesy, which was released by Godz Ov War Productions on May 8th.)

Black Metal is, let’s face it, an inherently contradictory genre.

By turns both fearlessly progressive and rigidly (some might even say “religiously”) conservative, infinitely malleable yet stubbornly inflexible, it’s the sort of place where bands can preach rebellion and non-conformity on one hand while ostracising anyone who dares to colour too far outside the lines on the other.

And while I love pretty much everything about it – the sound, the fury, the blending of avant-garde artistry and punk-as-fuck attitude – I’m also not afraid to acknowledge the high camp of it all either, considering how much time I’ve spent in small, dark rooms, watching shirtless, make-up covered men with pseudonyms like “Goat Impaler” and “Ultra Sodomite” hammering out priapic hymns of uber-masculinity, all while rocking a borderline-erotic amount of leather.

So it’s actually kind of surprising that it’s taken so long for someone to connect the obvious dots between the nihilistic escapism of Black Metal’s corpse-painted pageantry and the performative, provocative world of drag, but that’s exactly what the mastermind behind Biesy has done, adopting the persona of blue-haired punk-rock princess “Faustyna Moreau” to create an album designed to make you question your own prejudices and preconceptions about the necro-metallic arts. 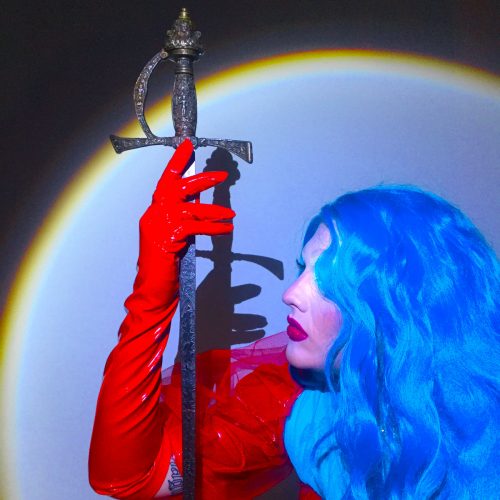 Faustyna’s flamboyant aesthetic isn’t going to be the only thing that will piss off the purists though (especially those more familiar with the brutal Blackened Death of the band’s debut), as Transsatanizm is also far from the black-and-white baseline of Black Metal in a musical sense too, displaying a fondness for lurid synths and looping electro beats that makes this album as decadently danceable as it is devilishly dark.

Make no mistake about it though, this is still a seriously dark and, at times, blisteringly intense (“W krainie grzybów”) album despite its unexpectedly bright and vivid visuals.

And even at its most artificial (“Nowa Transylwania”) there’s still an undercurrent of eerie menace and wicked weirdness bubbling away just beneath the surface.

Of course, Biesy aren’t the only band who enjoy stretching the boundaries of Black Metal, and there are certain similarities to be found here and there – such as during the twitchy Post-Punk rhythms and ragged riffs of “Golgota 2045”, the predatory psychedelia and prowling bass-lines of “Karolina23”, and the brooding bleeps and battering drums of “Uwaga: świat” – to similarly outlandish and iconoclastic acts like Shining, Oranssi Pazuzu, and, most obviously, Thorns.

Still, even if the individual ingredients are sometimes recognisable, Biesy’s gender-bending, genre-blending, take on Black Metal remains as unique and unorthodox as they come.

So if you find yourself a little bit… curious… why not give this a try?