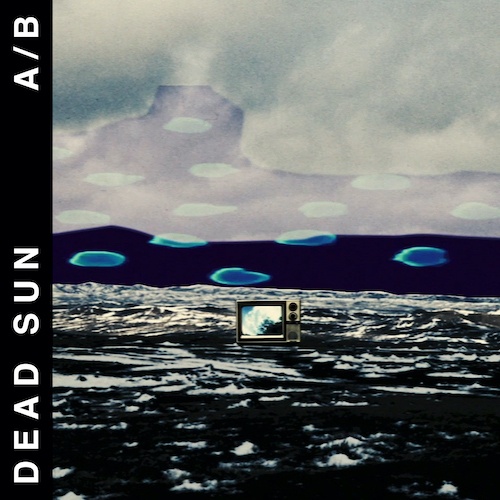 This song doesn’t go where you think it will. How it starts and how it ends are two completely different experiences. The band build a bridge between these two places over the course of the passing minutes, using the sound to carry you across a chasm — though what’s really happening, as you’ll discover, is that their bridge is carrying you into that chasm.

The song we’re presenting is the title track to A/B, the debut album of the Chicago band Dead Sun, which will be released on August 21 by Flesh and Bone Records. Their music is a bit off our usual beaten paths here at NCS — “slowcore/doomgaze” is one genre descriptor you might see, and there’s singing. But the emotional darkness in the music suits our tastes, and the phased transition that happens within this particular track has proved to be persistently enthralling even after many listens. 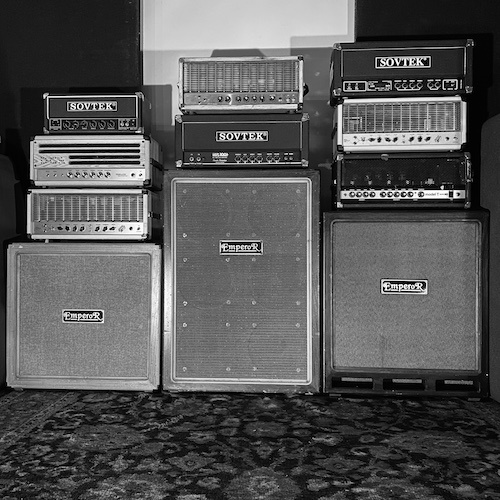 The song is hypnotic at first, catastrophic later, and spellbinding throughout. It’s starting point is fashioned from a measured snare crack and haunted, strummed acoustic guitar, with a backing shimmer of ethereal sound, and harmonized singing with a sombre, wistful resonance. It lulls the listener into a reverie, albeit a morose and slightly uneasy one, but the sound grows more intense as the drums pop and tumble and the guitar begins to wail. And then things get much heavier as granite-like chords thunder and the guitar shrieks in pain and seethes in torment.

The song becomes a pounding machine, and the searing waves of guitar grow unnerving and increasingly abrasive. Ultimately, the music fractures apart into a vortex of frenzied drum bursts, earthquaking low frequencies, and squalling and clawing noise. You don’t wind up safely on the other side, gripped in the anxious embrace of some waiting friend, and it seems too late to get back to where you started.

Dead Sun are aided on this track by guest vocals from Sam Boyhtari, who also co-wrote the lyrics and who is the vocalist/bassist for Greet Death, another Chicago band that put out an album named New Hell last year (have a listen to that album here). He’s also in a band called Brady that has released a couple of intriguing tracks (you can find those here and here).

It’s worth noting that all streaming and pre-order profits from this record will be donated evenly between the NAACP and the Chicago Community Bond Fund.

The album is recommended for fans of such bands as Planning For Burial, Lume, Cloakroom, True Widow, Nothing, and Palehorse/Palerider. It’s available for pre-order now.