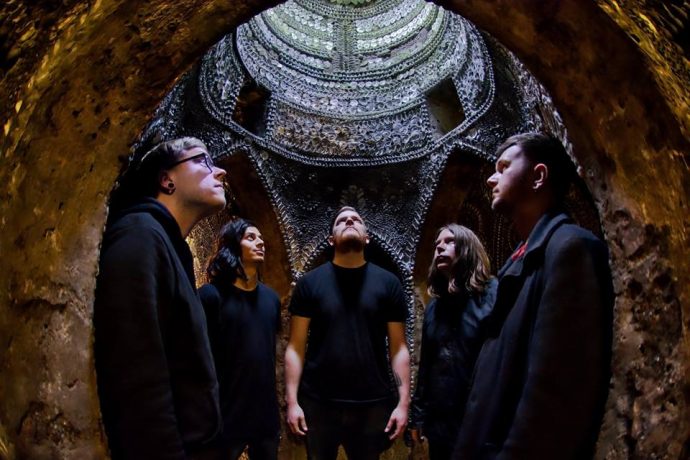 So, here we are, better late than never, with three new albums straight from the bountiful bosom of the British music scene. 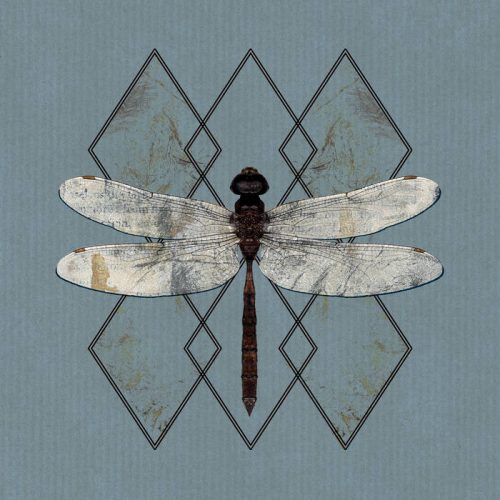 Doomy Post-Metallers OHHMS are easily the most well-known and well-established of the three bands featured here, and their fourth album, Close (out now on Holy Roar), makes it clear just why.

Cinematic in scope, and sweeping in scale, songs like dynamic opener “Alive!” and extravagant early-album highlight “Revenge” share a similar vibe and vision to such heavyweight names as Amenra and The Ocean, making great use of texture and tension (along with a rewarding combination of moody atmosphere and muscular riffage) to argue quite convincingly that this Kent quintet have been overlooked beyond these fair shores for far too long.

But while their use of proggy ambience and Hardcore-influenced heft will certainly be familiar to fans of either of the two aforementioned acts, the band also possess a broodier, doomier side too, and there’s a distinct Black Sabbath flavour to some of their grimier, groovier riffs, while the gritty-yet-melodic vocals remind me, on occasion, of US Doom Metal darlings Crypt Sermon.

Of course even with this dash of doomy flavouring, Close isn’t the sort of album that’s going to provoke some sort of massive paradigm-shift in the way we think about and create Post-Metal in the future – but it’s definitely a prime example of just how good this particular (sub)genre can be when all the pieces are put together just right.

On a micro scale you can see this in the way that the small, but perfectly formed “Destroyer” delivers a wealth of big, beefy riffs and ridiculously catchy (not to mention cathartic) vocal hooks in just over three minutes, without ever feeling rushed or overstuffed. Or how the slow-burn of ringing melody and rugged distortion in closer “Unplugged” steadily builds, layer after layer, towards a mighty crescendo (followed by a poignant melodic coda).

On the macro scale, it’s the way the gaps between each of the four “main” tracks (“Alive”, “Revenge”, “Destroyer”, “Unplugged”) are bridged by a shorter piece of music – whether it’s the ambient soudscapes of “((Flaming Youth))” and “((Strange Ways))” or the stripped-down, punky gallop of “Asylum” – which shows just how much care and attention has been put into the overall dynamic flow of the album, so that the entire thing, all seven songs and thirty-ish minutes of music, never feels like anything less than a fully cohesive, whole. 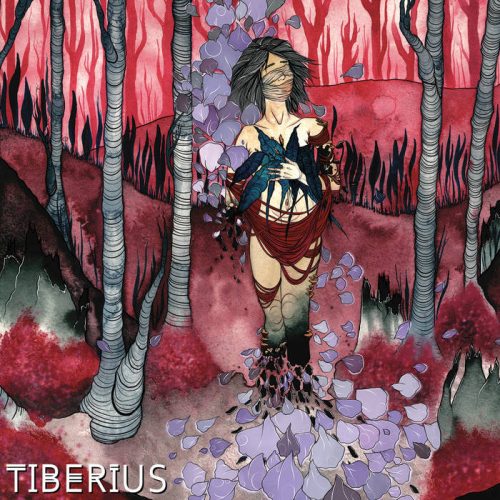 Let’s address the elephant in the room right away, shall we?

Yes, there are several occasions on A Peaceful Annihilation – most notably during the sugar-coated bounce of “Mechanical Messiah”, the addictively anthemic “Anchor”, and penultimate Pop-Metal banger “Swansong” – where Tiberius sound quite a bit like Protest the Hero, and their decision to release their full-length debut just after the latter made such a big splash with what could well be the album of their career is either a calculated gamble or an act of abject lunacy (the jury’s still out).

But the truth is that, for all that they share a similar penchant for nimble, techy riffs, shamelessly hooky harmonies, and vivacious vocal patterns, the Scottish five-piece err far more towards the pure Prog side of things, and display a talent for combining melody and melodrama that’s often more reminiscent of Evergrey (particularly in the case of Grant Barclay’s emotive, Englund-esque vocals) than it is their genre-b(l)ending Canadian cousins.

Thankfully, once you get past this urge to constantly compare the band to their more established peers (and, if you give it a chance, you eventually will) you’ll find that A Peaceful Annihilation is more than capable of standing on its own two feet, and that even though the shadow of the band’s influences still looms large over their music, it never over-shadows their own efforts.

Among the album’s many highlights are the subtly/shamelessly symphonic Prog-Metal swagger of opener “The New Subjugation” and the aforementioned “Anchor”, with the latter also signifying the point where the album really shifts into high gear, moving swiftly onwards into the full-force Power-Prog of “Leviathan” and the electrifying fretwork of “Dissipate”, and then hitting the record’s darkest, most dramatic point with the brooding bombast of “Republican”.

I’ll grant you that there’s the occasional lyrical or vocal clunker (the attempt to dramatise the issue of domestic violence during “Fidelity Lost”, for example, is well-intentioned but awkwardly executed), but these moments are the exception, rather than the rule, and both the album’s impressive hit-rate and the group’s clear grasp of streamlined melodic/dynamic flow (up to and including climactic Prog-Metal closer “Kaituma”, the album’s longest, and possibly finest, offering) help make this one hell of a debut from a band with all the gifts, and the gusto, to really go places. 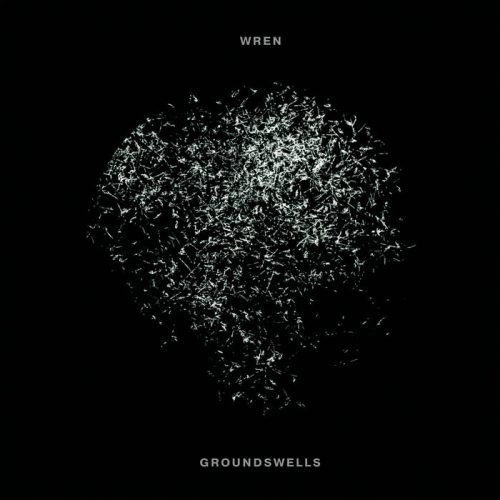 If I were a betting man (and, despite having been to Vegas that one time, I’m really not) I’d wager that Groundswells is most likely to be the album (out of the three covered here) which resonates best with our regular audience, purely because of how stupidly heavy it is at times.

Equal parts ISIS and Godflesh (and, yes, I know that’s not the most original comparison, but it’s still an accurate one), it’s a denser, darker, and significantly angrier, album than its predecessor, 2017’s Auburn Rule, and much of the credit for that must go to producer Scott Evans (Kowloon Walled City) who has managed to bring out the dirt and filth of the band’s sludge-soaked sound while also enhancing its impact ten-fold.

Good production can only carry a band so far, of course, but it doesn’t take long for the hypnotic, dirge-like grind of opener “Chromed” to demonstrate that Wren have a real knack for this type of music, and the way they continuously build the intensity, slathering heaving riff on top of heaving riff, occasionally teasing a moment of relief (or release), only to double-down on the heaviness, is both very impressive and more than a little anxiety-inducing.

Despite being a significantly heavier and less forgiving listening experience than its predecessor, however, Groundswells is by no means devoid of melody. In fact, one of the album’s highlights is found in the simmering, atmospheric strains of “Subterranean Messiah”, whose blend of ethereal melody and doom-laden density (aided and abetted by some mournful cello courtesy of Jo Quail’s understated guest appearance) is a veritable masterclass in light and shade songwriting.

Of course if it’s something more impactful and imposing that you’re after then, rest assured, Groundswells doesn’t disappoint, as both “Crossed Out Species” and closer “The Throes” are as back-breakingly heavy as they are never-wrackingly intense.

The album’s real pièce de résistance, however, is the massive “Seek the Unkindred”, whose lurching, leviathan-scale riffs, chokingly thick bass lines, and overall aura of impending doom, make it the perfect counterpoint to the more nuanced and subtle approach of “Subterranean Messiah”.

Truth be told, as impressively wide and deep as the band’s sound already is, these two tracks suggest to me that Wren still haven’t reached the true limits of what they’re really capable of, and there’s every chance that the future holds even bigger and better things in store!

One Response to “BEST OF BRITISH: OHHMS / TIBERIUS / WREN”