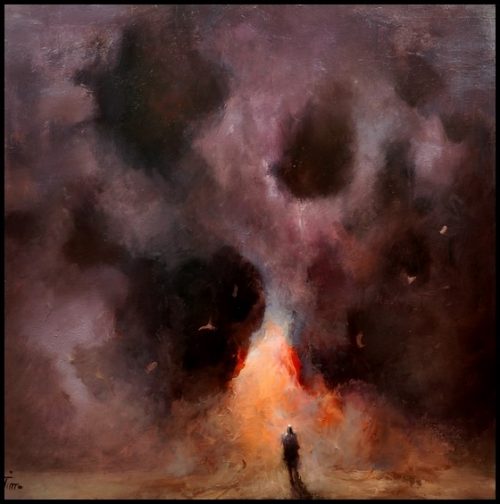 In the space of the last week or so, I have posted articles, one of which I wrote, that promoted the music of bands with past connections to labels with strong ties to white supremacist bands, or whose music has itself, at least in the past, incorporated lyrical themes that can be understood to espouse white nationalism. In the case of the article I wrote, I was unaware of any such history. In the other case, I just wasn’t paying close enough attention. But that’s no excuse. I fucked up, and I have to own up to and apologize for that.

(Just so we’re clear, I’m writing this in the first person because none of the other writers at NCS had anything to do with these mistakes and were quite unhappy about them.)

Posting the music of such bands was not intended to be any kind of “dog whistle”, or to reflect the principles of this site. We have no interest in promoting the music of bands who espouse or associate themselves with racism, anti-Semitism, or other similarly toxic belief systems. I want to make that as clear and explicit as I can. I’ve written that before, but I’ve undermined the message through my own actions.

Clearly I haven’t been careful enough or serious enough about distancing NCS from such bands and labels, and the problem hasn’t been limited to these two recent articles. Sometimes this is simply because, due to the hectic pace at which I tend to operate most days, I haven’t done enough due diligence or proper vetting, which is especially necessary when bands use coded references for what’s really going on. In other cases I’ve put misplaced trust in PR people who I thought understood what was off-limits at NCS. In still other cases in the past, I ignored my own suspicions because I liked the music and rationalized that people could do their own digging and make their own decisions.

All those explanations are signs that I didn’t care enough. All I can do about this now is to say how sorry I am, as simply and sincerely as I can, and promise to do better in the future.

To be clear, I don’t intend to stop writing about extreme metal across a broad range of genres. But I do promise to do my best to terminate any coverage at this site of bands who have dedicated themselves to, or knowingly associated themselves with, the kind of rancid belief systems described above.

I suspect what I’ve said here will produce a backlash among some people who follow our site, and among other people who don’t give a shit about NCS but seize any opportunity to spew invective based on their twisted views about what is and isn’t “true” in metal (you know the type). So be it. Now, especially, is not the time to split hairs or turn a blind eye. I refuse to allow everything we’ve built here to be corrupted and co-opted by racists, bigots, and their fellow travelers or, by association, to let our site become a vehicle for promoting their agendas.

41 Responses to “AN APOLOGY AND A PROMISE”