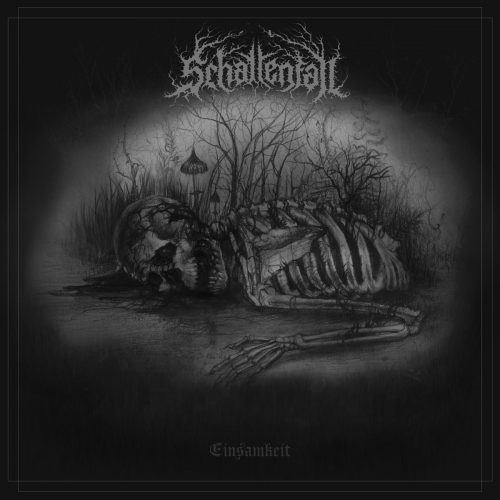 We’ve been attentively following the progress of the German atmospheric black metal band Schattenfall since their first release in 2017, a debut album named Schatten in Schwarz. That album made a stunning first impression, but perhaps even more stunning was the band’s second album, 2019’s Melancholie des Seins, which our Andy Synn acclaimed in his review here as “equal parts haunting beauty and brooding melancholy,” presenting manifestations of “gloriously melodic misery” that were “second to none”.

Schattenfall followed that album with their Das Verderben EP in February of this year, and it proved again the band’s formidable talent for creating music that leaves lasting impressions. It was spellbinding but also capable of jolting ferocity and shattering emotional force.

And now it’s our pleasure to present a full stream of Schattenfall’s latest work, an instrumental EP entitled Einsamkeit that’s set for release on July 13th. 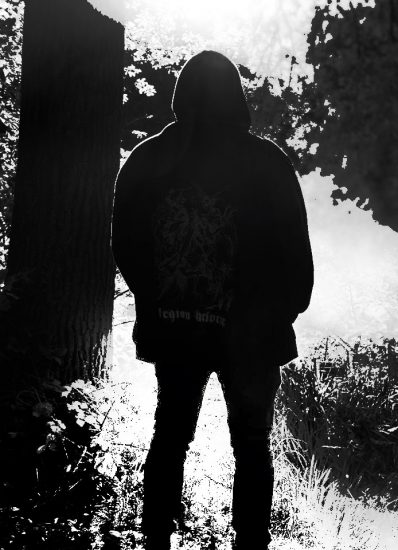 Schattenfall’s line-up has undergone continual change but the one consistent presence has been multi-instrumentalist Vladimir Bauer, and on this new EP he wrote the music and performed all the instruments, with guest performances credited to Alexey Nagornykh (acoustic guitar) and Michael Wilson (classical guitar), both of whom also appeared on Melancholie des Seins.

Following an increasingly chilling Intro track that spawns visions of wailing and gasping ghosts, the four pieces of music on this new EP begin with “Einsamkeit IV” and continue through “Einsamkeit VII”, and thus seem to be a sequel to three tracks on Melancholie des Seins that were denominated “”Einsamkeit I” through “”Einsamkeit III”, which ranged in their sensations from hypnotic to ravishing. Like that preceding trio of songs, these new compositions create a range of sensations and moods.

Backed by a measured but head-moving drum beat and the seductive pulse of the bass, “Einsamkeit IV” slowly swells and recedes in volume, creating shining panoramic vistas of sound. The celestial aura of that melodic wash is mesmerizing, but it also becomes laden with tension and is counterbalanced by heavy, ominous chords and rumbling double-bass flurries.

“Einsamkeit IV” ends with the sound of cold wind and distant thunder, and “Einsamkeit V” begins in a drizzling rain. The music has an introspective and distressing mood. The bass, while still warm in its tone, seems to moan, and the surrounding music conveys a downcast feeling. Bright notes surface in a way that seems uplifting, and the beat of the music strengthens and grows more vibrant and viscerally moving. Hopeful yearning blossoms in the music as it soars — but seamlessly evolves in a way that morphs the mood into one of despair. Wraithlike cries channel wretchedness, and although there is sweeping grandeur in the ensuing symphonic cascades, it is an expression of majesty that’s unmistakably tragic.

Schattenfall‘s ability to create powerful moods and then change them is on full display again in “Einsamkeit VI“. The hammering drums, ravaging chords, and shivering, darting keyboards seem to rage in frustration and anguish. Even when the music’s intensity lessens, the atmosphere remains pitch black. As the music’s power magnifies again, thunder crashes, the bass bubbles in a fever, the drums batter, and organ chords and ambient layers envelop the listener in clouds of radiant bereavement. Near the end, the vivid pulse of the bass and an electric drum rhythm provide an interesting diversion before a final storm.

Schattenfall return to the sound of cold wind at the outset of “Einsamkeit VII“, coupled with a beguiling acoustic guitar melody, but the music soon becomes immense and magisterial. That opening melody survives as a clean-toned motif throughout the track, but the surging eminence of the music over the stately pounding of the drum is a daunting and dire experience, and heaving organ chords add a feeling of funereal, gothic doom to the equation.

In the middle of “Einsamkeit VII” you can feel the cold increasing as winds blow again and the waves of ambient sound become otherworldly and haunting. Grief pours through the sun-like rise of the synths which follows that interlude, and the guitar solos that occupy a prominent place in the track’s concluding minutes are beautiful but heart-breaking.

Records that are purely instrumental, or almost entirely so, can sometimes fail in the challenge of holding the attention of listeners from beginning to end. Not this one. Einsamkeit holds us in its thrall from start to finish. The EP’s title translates to “loneliness”, and its atmosphere of isolation and abandonment are unmistakable, but it’s also undeniably glorious and persistently spellbinding, and it leavens despondency with a sense of resilience. However fleeting those moments of hope may be, they give us something to hang onto in this vast dark sea of loss.

Vladimir Bauer has told us that he wrote this music to help him get through a difficult period in which he was plagued by sleeplessness. He thought it might be viewed by fans as “boring”, and wasn’t sure if he should release it.  We are very fortunate that he decided to do so. Artists are often their own harshest critics, but although this new EP doesn’t display the most ferociously aggressive aspects of Schattenfall’s previous releases, it’s far from boring. It is instead a brilliant gift that might help many of us get through our own times of trouble.

Einsamkeit was mixed and mastered by Alexey Nagornykh, and the artwork was created by Valeria Metzker (Bloodart). It’s available for pre-order now: