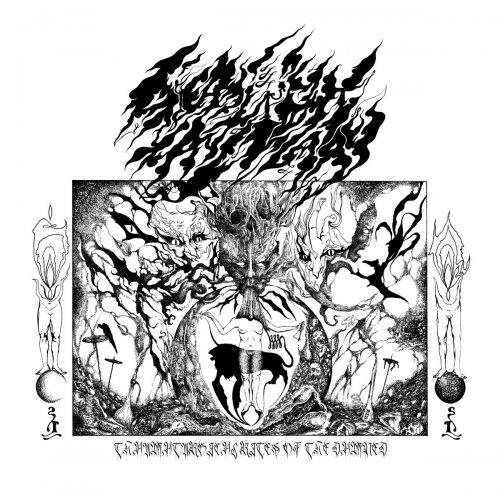 Steel yourselves for a ghoulishly deviant and decadent experience, an excursion into sepulchral realms of esoteric black metal and doom that draws upon the likes of Beherit and Demoncy for its soul-defiling inspirations.

The album in question is Thaumaturgical Rites of the Damned by the Norwegian project Deadlight Sanctuary, which is the solo work of G., a member of the black/death band Goatkraft. The album will be released on July 24th by the unholy alliance of Sentient Ruin Laboratories (U.S.) and Iron Bonehead Productions (E.U.), and it’s the source of the song we’re premiering today — “Trance of Doom“. 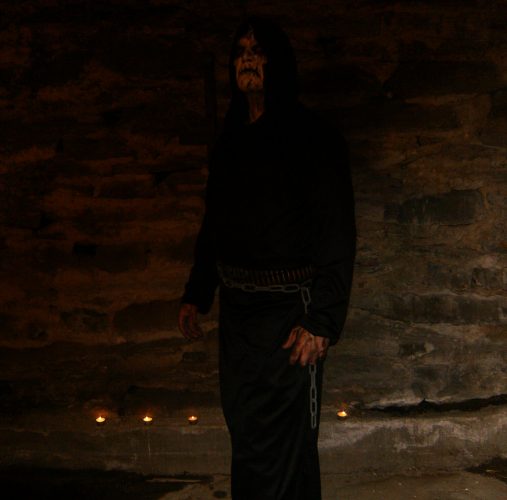 Pay attention to the title of the song, because it provides clues to the music — which is indeed perversely entrancing, and is indeed hopeless in its emotional resonance, a configuration of black metal and doom that doesn’t seem fashioned by human hands.

The riffing is distorted, dense, dismal, and degenerate. Accompanied by remorselessly pounding and maniacally frenzied drumming, it cruelly drills and grinds, mauling sinew and abrading bone, accompanied by ghastly reverberating howls of lycanthropic viciousness. As the tempo intermittently slows, the chords join the drums in capturing the sound of a giant obsidian hammer brutishly driving coffin nails into the listener’s skull, and vaporous leads rise like gleaming ghost mists. Radioactive vibrations roll like waves of gangrenous infection, pick-slides put your teeth on edge, and atonal chords clang like warped funeral bells.

It’s both a blood-freezing experience and one that activates a fight or flight response — an oppressive and nightmarish soundscape with a necromantic atmosphere, but also one that packs a juggernaut physical punch which can’t be denied.

The album was recorded, mixed, and mastered in P.A. Studio in Bergen Norway, and the logo and artwork were crafted by BMS Illustration. You’ll find pre-order info via the links below.

Also below you’ll find a stream of a song that shares the name of the band, which premiered at Last Rites along with a great write-up that places Thaumaturgical Rites of the Damned in the lineage of such progenitors as Beherit and Demoncy, as well as more modern practitioners as Moenen Of Xezbeth, Perverted Ceremony, and Void Meditation Cult — black metal that creates “a humid, claustrophobic atmosphere seared by the thick flames of Hell itself”.

2 Responses to “AN NCS PREMIERE: DEADLIGHT SANCTUARY — “TRANCE OF DOOM””