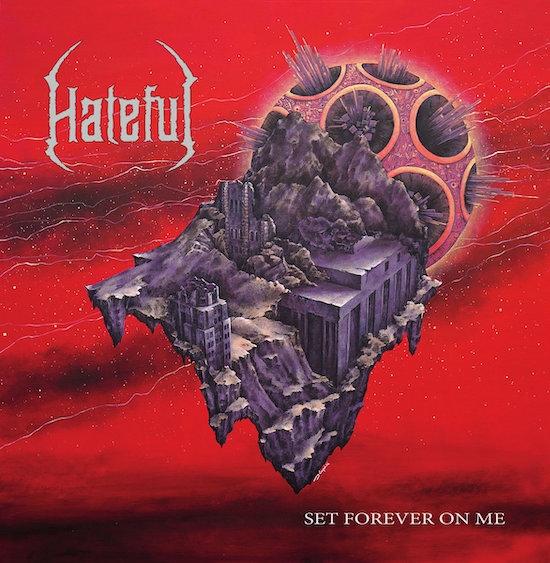 Musical vulcanism, even in extreme metal, takes different forms. Death metal in particular is capable of doing an exceptionally good job in channeling explosive destruction, but it doesn’t always fully capture the transmutation of matter on a micro-level or the massive reconfiguration of mountainous landscapes on an epic scale that happen during and after the earth’s megaton upheavals. The Italian band Hateful, on the other hand, prove themselves capable of doing all those things in the song we’re presenting today.

How they create these sensations is a wondrous (and bewildering) thing to behold. Transcending Obscurity Records, which will release Hateful’s new album, Set Forever On Me, on September 25th, identifies some of the explanations in this way: Hateful’s music “includes elements of the early technical death metal bands like Atheist, Gorguts, Disincarnate and Death, powerful brutal coagulants such as Suffocation and Deeds of Flesh, and even the kinetic, ever-changing properties of bands like Spawn of Possession and Necrophagist.” 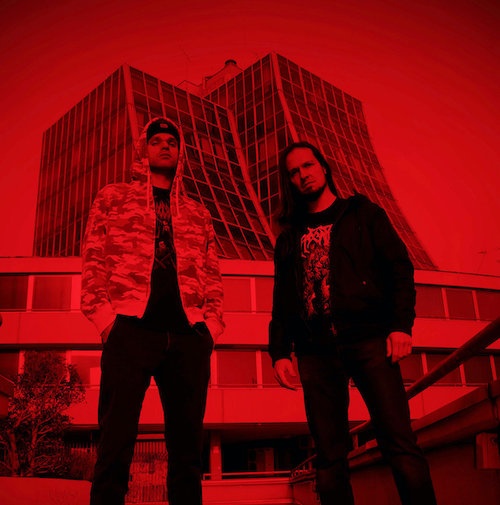 Hateful’s line-up is composed of seasoned musicians from other bands we’ve written about here over the years (and even quite recently) — Daniele Lupidi (Valgrind, Voids of Vomit) on bass, vocals, and rhythm guitars; Massimo Vezzani (Voids of Vomit) on lead and rhythm guitars; and Marcello Malagoli (Blood of Seklusion) on drums and vocals. In this new formation, they work very well together.

We’ll get back to the idea of musical vulcanism in a moment, but if you’ll forgive our mixing of metaphors, there’s another way to think about “Caldera“. It’s heavy and rumbling, with a brutish, mauling juggernaut quality, but at the same time it’s a juggernaut with fast-moving, precisely integrated internal workings and rapidly shifting gears, spinning almost too fast to assimilate the first time through, unlocking and locking into new patterns with head-spinning exuberance. Seamlessly, this mangling machine also slows down and speeds up, chewing through what’s ahead of it with voracious ferocity, blasting obstacles apart and then occasionally taking time to make sure the remnants are ground up into even finer fragments.

The machine-like precision of the band is unmistakable, and so is the manic energy with which they throw themselves into the performance. The songwriting is equally impressive, amalgamating changing sensations of murderous savagery, finely tuned ingenuity, alien perplexity, and the kind of exhilarating joy generated by people who are really good at what they do, getting the chance to do it.

It does seem evident, once you hear the track, that its name was a calculated choice. A caldera is the large cauldron-shaped void that’s formed by an explosive volcanic eruption which ejects the sub-surface reservoir of magma and then causes the surrounding rock to collapse into that emptied magma chamber, leaving a massive crater-like depression at the surface. It’s the result of the earth violently re-designing itself into something dramatically new. The music here also creates a similarly eye-popping sense of reality being reconfigured.

Two other songs from this new album have already been revealed — “Oxygen Catastrophe” and “Phosphenes“, and we’ve included streams of those along with “Caldera“. Daniele Lupidi also gets credit for the artwork, which Transcending Obscurity has used to good effect in the merchandise it has created for the new album. You can explore the options via the links below: