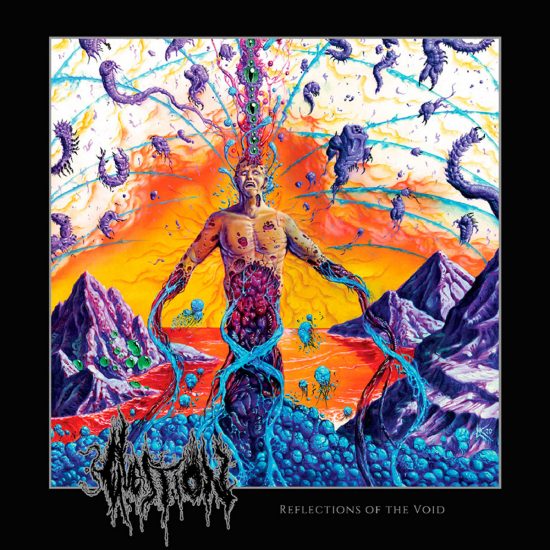 (We present Andy Synn‘s review of the new album by the Mexican death metal band Question, which will be released by Chaos Records on July 31st.)

The annual battle for “Death Metal Album of the Year” is always a close-fought and contentious one, and 2020 is no exception.

So far I’ve seen a lot of people throwing their weight behind Ulthar’s Providence and Black Curse’s Endless Wound (and with good reason, because both albums are great), and there’s also been a hell of a lot of buzz about the new Necrot (which I’m sure we’ll be reviewing very soon) and, to a lesser extent, Draghkar’s long-gestating, soon-to-be-released debut.

However, from where I’m standing, it’s Reflections of the Void which is the real dark-horse contender for the title. 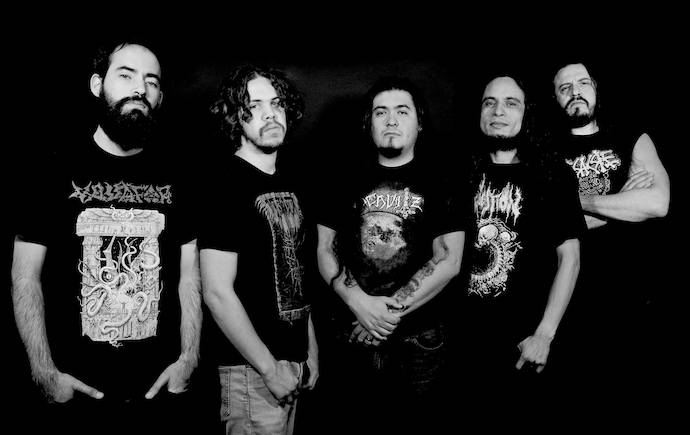 On paper, of course, it may not seem like there’s all that much which differentiates Question from their many peers and rivals.

After all, with a foundation based around the grim grooves and gargantuan riffs of classic Morbid Angel and Incantation, mixed with a strain of gnarly Demilich-esque angularity, the band’s sound obviously fits in neatly with the current Tomb Mold/Blood Incantation/Chthe’ilist zeitgeist.

But the group’s second album makes it emphatically clear that Question have a few extra things going for them which make them stand out from the crowd.

On the one hand there’s a certain wide-eyed wildness to their sound which makes the band feel less rigid and less dogmatic than the vast majority of their OSDM-worshipping counterparts.

Don’t interpret “wildness” as “looseness”, however, as Question are still an incredibly tight and responsive unit, capable of stopping and starting and turning on a dime at a moment’s notice.

It’s more that tracks like “Beyond Illusions of Existence” and “Alone With Everybody” have a particularly frenetic vibe which teeters right on the edge of chaos, collapse, or catharsis… or possibly all three.

There’s also a peculiar twistiness, not to mention a layer of unusual catchiness, to their riffs and rhythms which marks them out as just that little bit different from their peers.

As uncanny as this aspect of their sound was, however, it also wasn’t entirely unfamiliar, and it wasn’t until my third or fourth time listening through the album – paying particular attention to the songs “First Fragmentation” and “A Fate Worse Than Death” – that I realised just how many similarities I was hearing to classic Extol.

Just take a listen to either of those two tracks mentioned just above, or the blinding intensity of album closer “Vacuous Thoughts”, and tell me they wouldn’t fit in almost seamlessly on Undeceived?

Not that I’m accusing Question of copying or co-opting anyone else’s sound, to be clear. It could easily be a case of parallel evolution rather than direct influence.

But there’s undoubtedly something about the way the band play – melodically tinged without being overtly “melodic”, rich in moody atmosphere without being overbearing, technically precise yet also viscerally emotional – which strikes a chord with me that hasn’t rung this loudly since the last time I listened to the various works of Espevoll, Børud, et al.

Heck, even the band’s willingness to let things simmer for a little while with the intricate instrumental interludes of “Sunyata” and “Mysteries (About Life & Death)”, reminds me of the more nuanced approach to Death Metal exemplified by their Norwegian cousins! 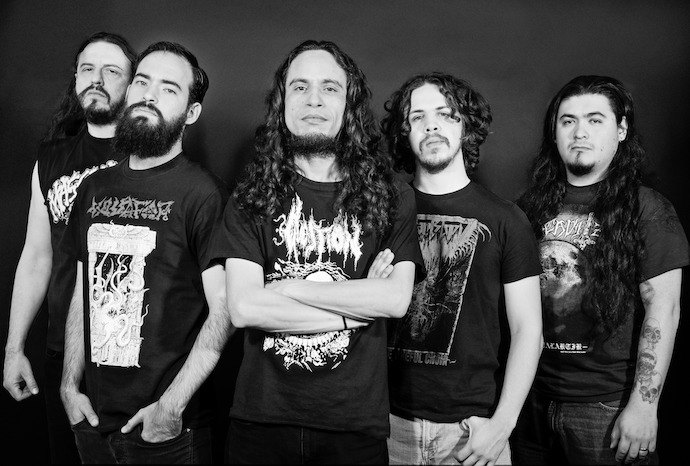 Of course I don’t just want to harp on about these sonic similarities too much, as Question can (and do) easily stand on their own two feet, something which opener “The Process of Dehumanization” (which I’ve purposefully waited until now to mention) immediately makes apparent.

Showcasing a beefier, burlier, but also more open and expressive sound (Reflections… in general benefits from what is easily the best production the band have ever had) “..Dehumanization” is a near-perfect exemplar of what makes this band, and this album, so great, capturing all their raw intensity and impressive diversity in five-and-a-half minutes of heaving, hook-heavy riffs, fluid, proggy bass-lines, driving drums and unashamedly guttural vocals.

Thrillingly ferocious, phenomenally focussed, equal parts primal intensity and proggy intricacy, Reflections of the Void is a short, sharp, and practically perfectly-formed example of Death Metal which could quite possibly end up stealing this year’s crown right out from under the noses of some of the more famous (and/or infamous) names currently leading the pack.

And wouldn’t that be something to see come December?

6 Responses to “QUESTION: “REFLECTIONS OF THE VOID””