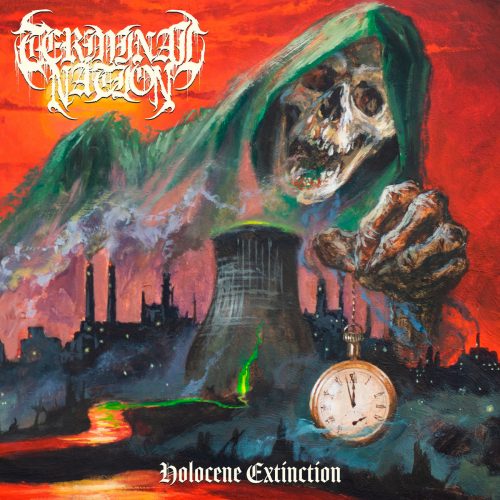 (On August 7th 20 Buck Spin will release a new album by Arknasas heavyweights Terminal Nation, and in anticipation of that calamitous event Andy Synn wrote this review.)

I don’t know how things are where you are right now, dear reader, but here in the UK people are finding lots of different ways to cope with the uncertainty and upheaval caused by this goddamned pandemic.

Personally I’ve been lucky enough to be able to ride things out (so far at least) with relatively little disruption, and right now my plan is simply to go to the Winchester, have a nice cold pint, and wait for this all to blow over.

In the meantime I’ve been alternatively amusing/tormenting myself by speculating what bands, and what tours, I’d most like to see when normal service finally resumes (whenever the that might be).

One line-up which I think would really bring the house down (possibly quite literally) would be if someone could pull together a triple-header of Misery Index (headlining), Xibalba (main support), and Terminal Nation, especially since the latter’s new album, Holocene Extinction, seems like it was purpose-built to deliver the sort of in-your-face impact that can only truly be appreciated live. 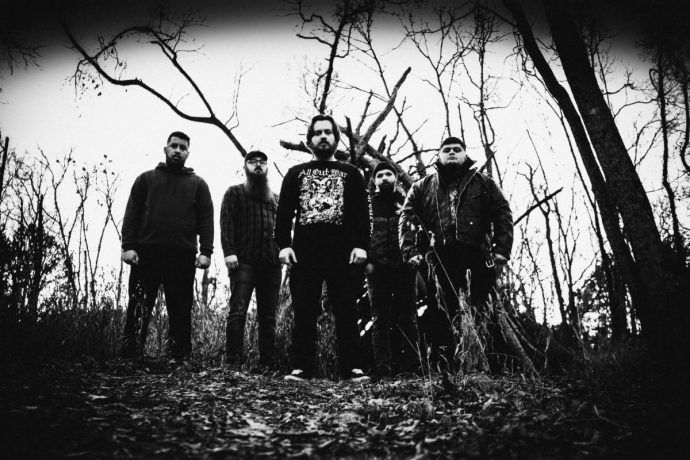 Just take a listen to album opener “Cognitive Dissonance”. Can you really tell me that doesn’t make you want to start throwing yourself around the room, bouncing off whatever walls and/or bodies come into your orbit?

And how about the gut-churning chuggery and shameless Swe-Death thuggery of “Revenge”? Equal parts Despise You and Dismember, it practically reeks of that signature scent of testosterone, sweat, and spilled beer that you only find in the very best underground venues… so much so that I honestly find myself getting a little misty-eyed and nostalgic just listening to it.

Although that may just be because I’m remembering the smell…

I’m not saying, to be clear, that Holocene Extinction isn’t also one hell of a good time when enjoyed from the comfort of your own home.

After all, the Napalm Death meets Nails meets Nihilist assault of “Arsenic Earth” and the massive grooves and equally massive hooks of the title track are still going to sound just as good, just as heavy, and just as headbangable, whether you’re chilling on the couch or wading into the pit.

It’s just that, with all the bruises and broken furniture I’m developing, I’m starting to think that these songs should probably come with a warning (and maybe even a contract absolving the band of any liability) that playing them too loud will probably result in structural damage to your home (and possibly your health).

Of course, Holocene Extinction isn’t a perfect record by any means.

For one thing, some of the songs definitely stand out above the rest (a distinction which only becomes more apparent over multiple listens). And some of the more outside-of-the-box moments (such as the moody clean vocals at the end of “Leather Envy”) are frustratingly cut short before reaching their prime (the band would do well to look to last year’s killer swansong from Call of the Void for a lesson in how to let these moments breathe without sacrificing their musical momentum).

Thankfully, however, the highlights definitely outweigh the album’s occasional moments of flailing fury (and even those still hit pretty damn hard).

“Orange Bottle Prison”, for example, is half Death-Doom dirge, half grisly Grindcore gallop, and hits harder than a concrete elephant,  while “Death for Profit” is a sickeningly savage, yet also surprisingly moody, Metallic Hardcore anthem for the ages.

And then there’s penultimate punisher “Disciple of Deceit”, which packs in a disgustingly heavy array of neck-wrecking riffs, bone-grinding rhythms and bellowing, bullhorn vocals (as well as an unexpected dose of doomy melody) over the course of just under three-and-a-half minutes.

Quite honestly, guys and gals, it’s records like this which are keeping me going right now, and which keep me looking forward to the day when we can all get together again to bang our heads and slam into one another the way nature intended.

Just, please, no more pit ninjitsu. That’s something which really should go extinct.