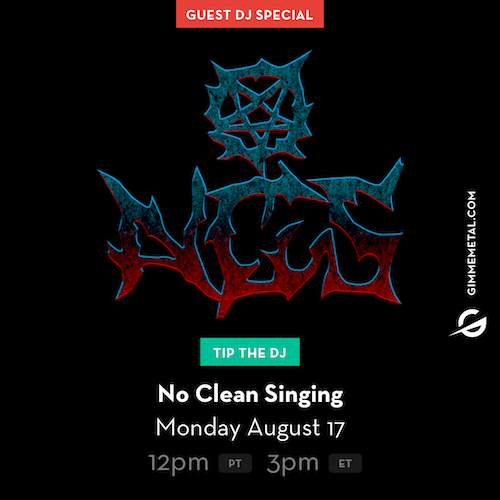 It’s so great to see the vast assembled throng of NCS readers out there today. We have a question for you. How many of you would like to hear the actual voices of NCS writers instead of just reading them? Go ahead, raise your hands, and don’t be bashful!

OK, we see you. Yeah, the guy in the back row with the black shirt. No, the other black shirt. We were hoping for more than one hand, but whatever. You, sir, are going to get your wish!

You’re getting your wish because on Monday, August 17th, at 12 p.m. Pacific Time, 3 p.m. Eastern Time, UTC-08:00 for everyone who counts that way, three of our writers will appear as guest DJs at GIMME METAL in a two-hour show when we will not only spin tracks of our own choosing but also actually speak to you. 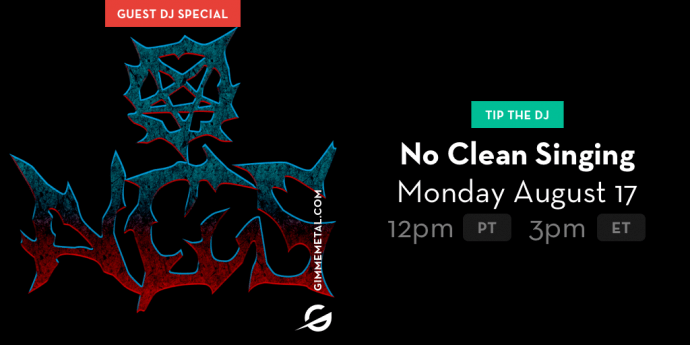 in case you missed it the first time…

For those not in the know, Gimme Radio is an app-based and on-line music streaming service founded by digital music veterans from Apple Music, Google Play, Beats Music, and Napster. The company builds communities of music fans on a genre-by-genre basis, and GIMME METAL was the community they launched first in June of 2017 — a 24/7 metal-focused service with well-known metal figures acting as DJs, accompanied by an opportunity for the fans and DJs/artists to interact in real-time while they listen.

When you look at the roster of guest DJs who have curated shows on GIMME METAL, you have to wonder what the GIMME METAL honchos were tripping on when they invited us to host a show. Though somewhat perplexed, we’re nevertheless very grateful for this opportunity. And here’s a preview of what you’ll be in for if you tune in on Monday:

Three of your NCS comrades — Islander, Andy Synn, and DGR — divided the allotted music time among us, with each of us curating the music for roughly one-third of the total time, 23 tracks in all. Andy has devoted his third to UK bands, DGR decided to go with a non-stop blast fest, and Islander decided to get pretty obscure and more bent toward black metal. And the choices aren’t “golden oldies”. The lion’s share of the choices from from recent or forthcoming albums.

As promised, you will also get to hear each of those three speak in their own garbled words, off and on over the course of the show. Just like real DJs, except without the actual training and experience.

Finally, if you register (for free) on the GIMME METAL Desktop site or the Gimme iOS/Android app, you will be able to chat with us in real-time as the show progresses. We can hardly imagine how exciting that will be for you, and possibly even for us. To get ready for that, download the app or register online, here:

We really do hope you’ll participate, and at least listen to what we’ve chosen to play for you. If no one shows up, we’ll probably never be invited to do this again!

By the way, in those promo images above you’ll see a thing about tipping the DJs, which is an option that GIMME METAL generously provides its guest DJs, but we decided not to that advantage of that option available. We haven’t taken a dime for anything we’ve done at NCS since the site started more than 10 years ago, and there’s no reason to start now.

And by the way again, check out the DJ shows that GIMME METAL has lined up for the coming weeks: