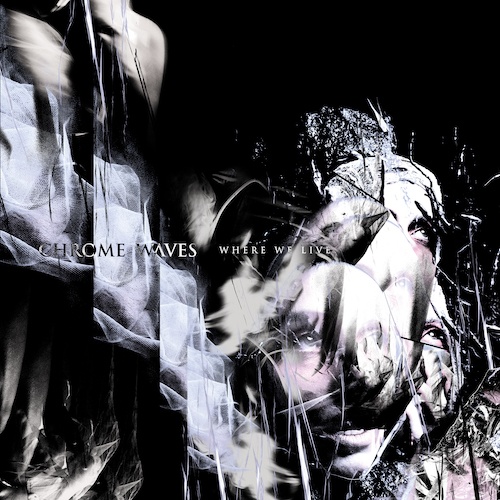 The Chrome Waves song we’re presenting here has multiple meanings, some intended and perhaps one that’s merely a relevant coincidence. As for the intended meanings, the band’s James Benson (also in Amiensus) explains:

“‘New Skin‘ is quite literally about shedding away your past, and the growth of humans as they begin to learn. It pertains to the way someone is raised is not always the worldview of the entire population of the country, or world. However it also addresses recognizing that there is some type of comfort in going back to how you were raised, and the worldview you grew up around, or the culture.”

That conception is a kind of dichotomy: The process of maturation inevitably involves, to greater and lesser degrees, shedding the skin of where we came from and who we were, sometimes for the better, sometimes for worse. If we’re lucky, we continue to slough away bad habits and bad memories and allow ourselves to become new, but sometimes we lose good things as well. Especially in godawful times, what we’ve left behind can sometimes be worth re-discovering. 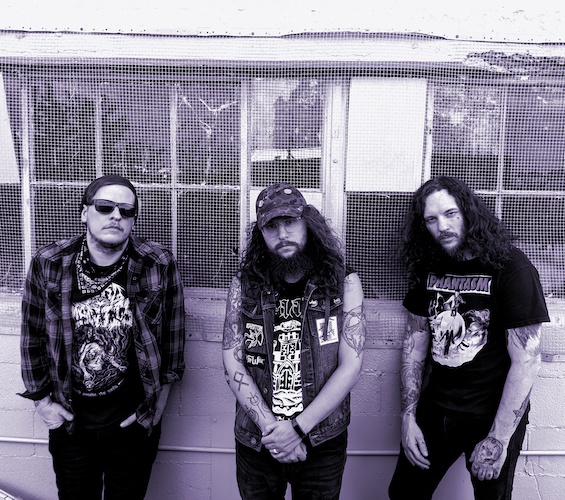 The perhaps unintended meaning of the song title concerns the band’s music. It has undeniably been reinvented beginning in 2018 when guitarist Jeff Wilson (ex-Nachtmystium, Wolvhammer, Abigail Williams) took the lead. and started reformulating the band’s sound. Judging Where We Live, the new album that’s the source of this song — on which Wilson and Benson are joined for the first time by drummer Dustin Boltjes (Demiricous, Wretch, ex-Skeletonwitch) — that process hasn’t halted either. There’s new skin in the music too.

The song itself, like its meaning, is dichotomous. It delivers heavy, sludgy, pounding sensations amidst a shroud of grim, seething abrasiveness. But soaring vocal harmonies rise above that almost discordant pedestal of sound, along with the dreamlike gleam of shimmering chords — like aural starshine. The song’s visceral punch owes a lot to the controlled but nuanced drumwork and the music’s gritty, growling low-end, but just as much of a debt is owed to the wonder and wistfulness of those gossamer melodic strands and the sense of heart-felt reflection carried by the vocals.

There’s another song from the album out in the world, which we’ve also installed below — and don’t miss that one either. “On the Precipice” chugs and rocks with carnal vitality, and slices at your neck with razor-edged shrieks. But it also seems to glide through shimmering mists and windblown clouds. The singing lifts the song up, the trilling guitar sends it into the territory of dreams.

Even more dreamlike is the song’s second half, in which the melody is carried by a guest cello performance by Christopher Brown (Kakophonix). Those slow, sensuous, and soulful strains of melancholy are accented by a physically arresting drum performance, creating an experience that’s both a reverie and a pulse-quickener. 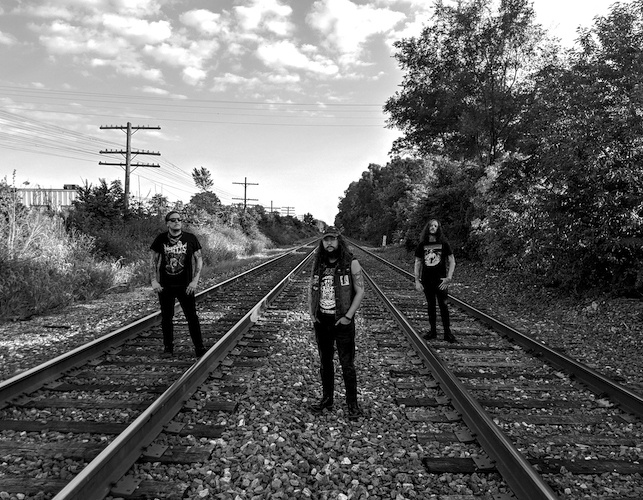 It’s very easy to become captivated by both of these tracks, and by the album as a whole. It will be released on September 25th through Jeff Wilson’s Disorder Recordings.

Further Credits: The drums were recorded by Daniel Farnsworth at Gravity Studio in Chicago (Smashing Pumpkins, Veruca Salt, Josh Homme). Where We Live was engineered, mixed, and mastered by Jeff Wilson at Disorder Recordings. The album features guest contributions by the afore-mentioned Christopher Brown (Kakophonix) on cello, and also vocalist Kim Dylla (ex-GWAR) and is completed with art and layout by Brian Sheehan/Legerdemain.

One Response to “AN NCS PREMIERE: CHROME WAVES — “NEW SKIN””