Having surfed the tides of metal from near sun-up to sundown, I created the beginnings of half a dozen NCS posts, with four of them devoted to black and “blackened” metal. Most of those will probably remain little more than mind games once the new work week begins, but at least I’ve completed this two-part SHADES OF BLACK, which I hope you’ll enjoy.

Speaking of things that aren’t shocking but are still surprising, there’s the new Necrophobic song that was released on Friday. It’s so damned good. Given the proven talents of this band, that isn’t a shocking development. But it’s still surprising (at least to me) that a group who’ve been around this long and are this well-known still have the energy and desire to create such an immediately and powerfully magnetic song.

“The Infernal Depths of Eternity“, presented through a Costin Chioreanu video, is a sinister and savage appeal to the great crimson-scaled serpent god. A fiery, exultant rush almost from start to finish, and including a riveting solo, it still manages to create an atmosphere of haunting and harrowing grandeur, and the closing sequence is a thing of melancholy, mesmerizing beauty.

The album is Dawn of the Damned. It will be out on October 9th via Century Media. The cover art was created once again by Kristian “Necrolord” Wåhlin. 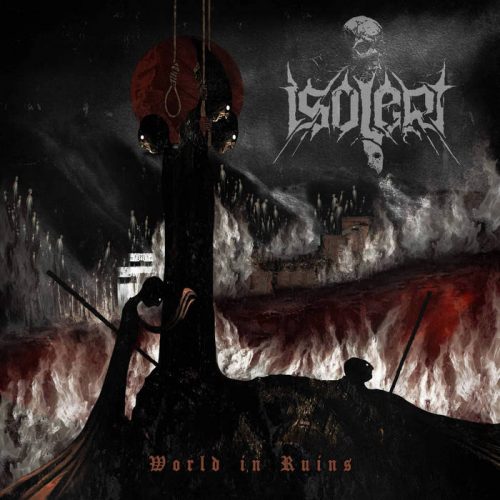 Next up is “Staring At A Path Towards Nowhere“, a song whose title neatly sums up the current age. Immediately electrifying, the song’s soaring, sweeping intensity is near-celestial in its blazing magnificence. To be sure, the vocals sound like rampaging demons in the depths of hell, but even those voices sound like glorifications (of great terrors).

The other dimension of the song, which emerges when the pace slows, is a feeling of crushing grief, delivered with stately solemnity but conjoined with screams of harrowing vocal intensity. The segue from that passage back into the heavenly firestorm is beautifully done, as is the reprise of sorrow that comes through a beautiful but soul-stricken extended guitar solo.

This Greek band, now a trio, but still sharing two members with Sørgelig, seem to have flown to ravishing new heights of creative achievement. Very eager to hear what the rest of the album brings.

The album is World in Ruins, and it will be released on November 11th by Nihilistische KlangKunst. The cover art is by Nikos Stavridakis (VisionBlack). 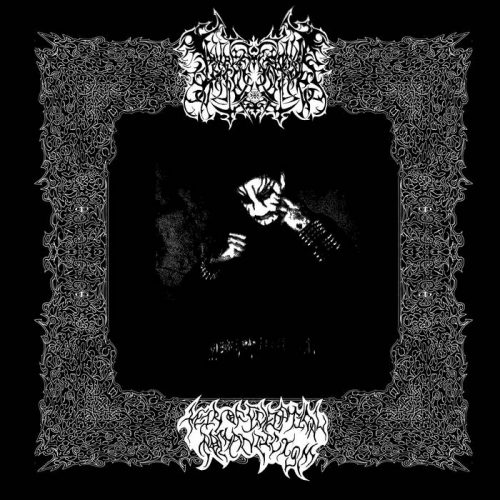 I’ve dabbled in the music of Lamp of Murmuur before, but I’m now convinced I should have been paying a lot closer attention to the evolution of this prolific project from just down the road in Olympia, Washington.

“The Scent Of Torture, Conquering All“, which is the first advance track from a new album, is a compelling argument for closer attention. It combines heavy, heaving low-end undercurrents with galloping, battering, and rocking rhythms, livid vocal hostility, and – most striking – a panoply of whirling, skirling leads and raking riffs that are tremendously charismatic. It makes me think of a war charge of mythic forces across blood-red skies.

The new album is Heir Of Ecliptical Romanticism, set for release on October 1st (a vinyl version is expected from Death Kvlt Productions (UK) and Not Kvlt Records (US)). Thanks to Milos and JR for the tip on this one.

At the time of this writing “The Scent Of Torture, Conquering All” is still exclusively streaming at The Call of the Night where it premiered, so you’ll need to go there to give it a listen: 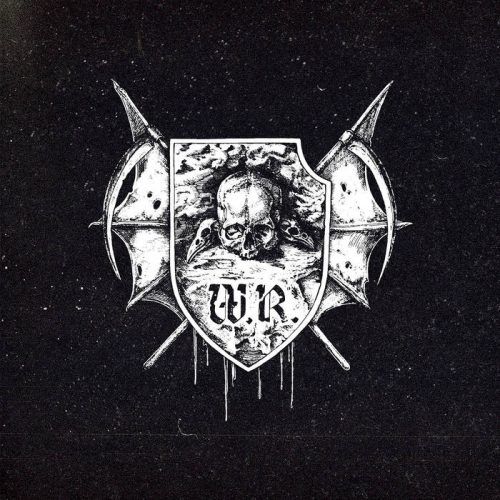 Now we come to Ride the Final Tide, a new EP from Norway’s Whoredom Rife that includes a new original song (the title track) and a cover of “Maanens Natt” by Manes.

That title track, which was first presented with film footage from the two World Wars, is the kind of full-bore assault that gets the blood pumping, through a militarized drum assault, vicious howls, and rapidly writhing chords that channel madness, mayhem, and pain — very much in keeping with the shattering imagery in the video. All those men carried by their own final tides of blood into death.

The band claim Manes as an important influence, and their cover of “Maanens Natt” creates a striking contrast with the title track, and a wonderful complement to it. The riffing is more restrained and the music vastly more chilling in its mood — ghostly and bleak, like a harrowing trek through moonless woods commanded by the spirits of the hungry dead. Old, cold, and mesmerizing sounds….

The EP was released on Friday and is available digitally and on 7″ vinyl. 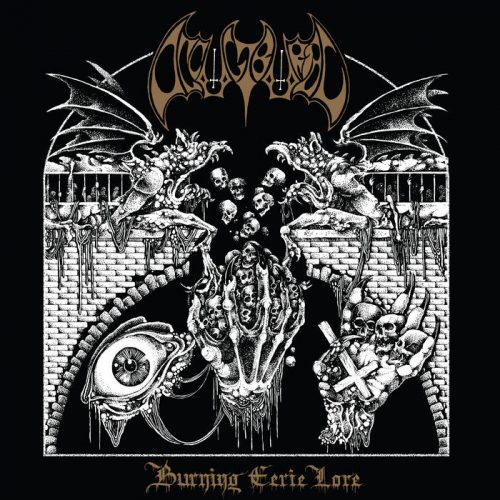 Occult Burial don’t let go of the main riff in this next song until almost halfway through the track — but why the hell would you when the riff is this damned good? Coupled with the potent, pulse-pounding drive of the rhythm section, It feels like motoring down a highway of Hell with the top down and demon bats in the wind.

When the band do let go of that riff, it’s to dial up the surging energy even higher and to make the music feel even more devilishly sinister (nice use of ringing bells too). And they continue to shift gears as they go, and to bring some other delicious riffs into play. And when they return to where they began, there’s a screaming solo along for the ride.

“Highway Through Borderland” is off this Ottawa band’s second album Burning Eerie Lore, which is set for an October 30 release by Invictus Productions on CD and vinyl LP formats in Europe. Electric Assault Records and Stygian Black Hand will release the album on vinyl in the United States, and Temple of Mystery Records will be handling the CD and cassette tape versions for Canada.

P.S. If you’d like to check out two other tracks from the album, they’re streaming here.