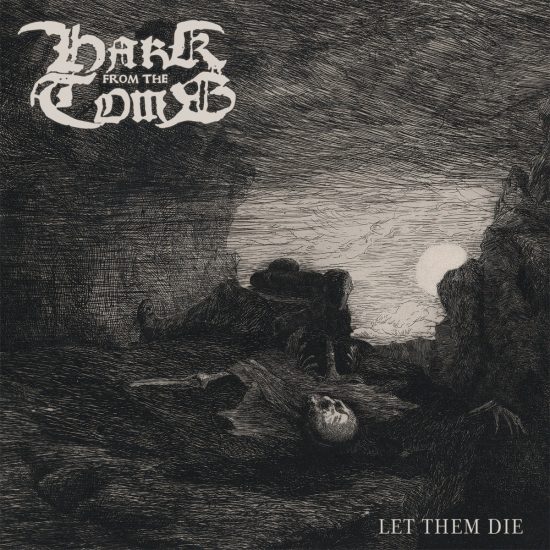 The Swedish duo who have joined forces under the name Hark From the Tomb prefer to remain anonymous, though we’re told that they’ve been participants in the Swedish black metal scene extending back to the early ’90s, and members of much better-known bands. Why then did they choose to create a new vehicle for their musical creativity?

One inspiration was to channel a deep disgust with the current state of the human species — “the inability of humanity to evolve intellectually, the revolting character of mankind as a whole, and the unforgivable error of letting religion exist as anything more than an artefact of Bronze Age mythology”. As they have further explained:

“The combination of easily led idiots, the charlatans that exploit the weak, and the ultimately cataclysmic symbiosis of the dumb and the evil that collectively holds back humanity as a species is the worst and most poisonous trait that both threatens the survival of humanity as a whole, and the source of the revulsion that led to the creation of Let Them Die.”

The band’s musical inspirations — the contours of sound through which they’ve expressed such utter contempt on this debut album Let Them Die — derive from the old-school, primitive parts of their Nordic black metal antecedents. But the music is more than an experience in unbridled ferocity, as you’ll discover through our premiere of the album track “Feeding His Hungering Flames“. 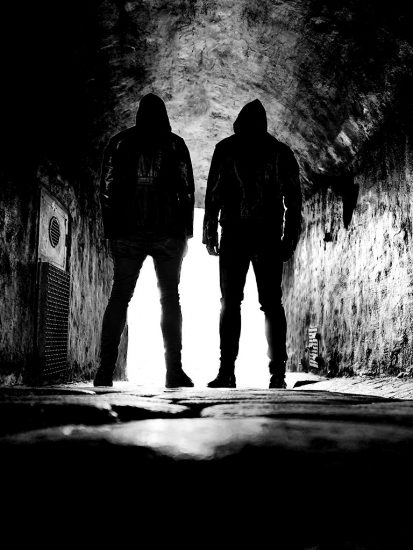 Fury is indeed a signal element of this new song, but it equally channels a feeling of hopelessness which is so deep and chilling that it transcends mere melancholy. The harmonized riffing rises and falls in tones both dismal and deranged. The drumwork is blistering, hammering at an inhuman pace, and the vocals are scathing in their viciousness, but it’s the riffing that’s dominant — forward in the mix, seething in its sound, and penetrating in its impact.

As fierce and superheated as the riffing is, the melodic core of the song seems to move like great heaving waves of blackness, rolling forward, cresting, and subsiding, threatening to submerge the listener beneath the weight of dread and desolation. Grand and gloomy chords ring out, and (just as the song’s title foretells) crazed flickering leads rise up like spirits of hungering flame. All together, these sounds create a powerful and memorable impact.

Hark From The Tomb‘s Let Them Die will be self-released on September 18th as a “pay what you want” download at Bandcamp (it will also be available on other digital channels). The cover art is a piece by Alphonse Edouard Enguérand Aufray de Roc’Bhian.

Another track from the album, “No Longer Human”, premiered at Blessed Altar and you can listen to it here: