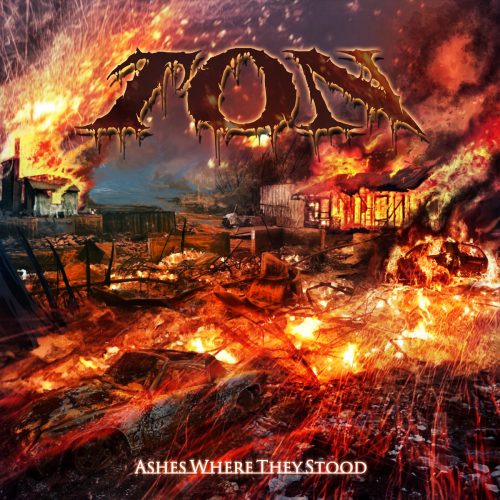 (Vonlughlio prepared this review of the new third album by the Ohio death metal band TON, which was released in August by Ungodly Ruins Productions.)

The Ohio death metal project called TON have been around since 1993. They released a handful of demos leading up to their full-length debut Plague in 1999. After that they went on a hiatus of sorts until 2015 when they released their sophomore album, Bow Down to Extinction, and that is when I learned of their existence (late to the party, I suppose).

I enjoyed their second release quite a bit, including the kind of natural production that allowed each of the instruments be heard as a collaborative force, instead of some being buried in the mix. The riffs were quite entertaining, providing the driving force leading the way in each of the eight songs which proved to be an engaging 32-minute experience. 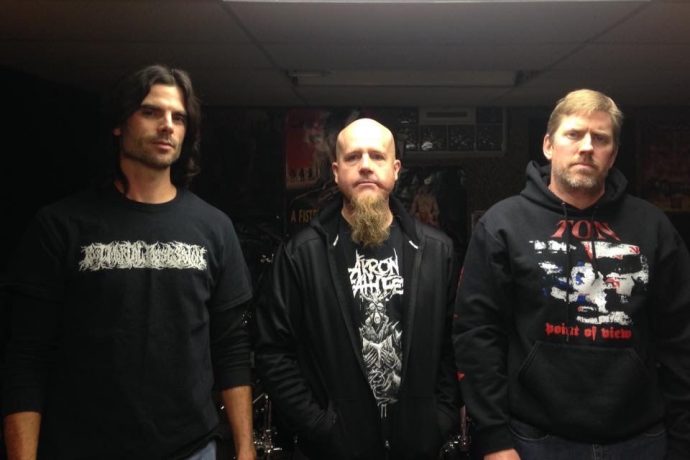 As sometimes happens with underground bands, silence descended, and for a while there was no news about them, maybe some shows here and there but who knows. Anyway, the band released a single in 2018 and another in 2019, later to announce that they signed to Ungodly Ruins Productions for the release of their third album, Ashes Where They Stood, on August 14 of 2020.

On this new album the riffs are awesome and again provide the driving force for these eight new songs. Nevertheless, the drums and bass bring their own potent energy, again with an overall natural production that enhances each of these elements. This band really deserve more recognition in the scene for their hard work and their dedication to maintaining their art as they have envisioned it rather than chasing trends in the hope of gaining more fans.

The album’s length is about the same as the previous albums, about 30 minutes, which is a good length for this band. There are no dull moments, and they don’t wear out their welcome but instead keep a fierce grip on the listener’s attention from beginning to end. Please enjoy the full stream of TON’s new album via the label’s Bandcamp stream below.