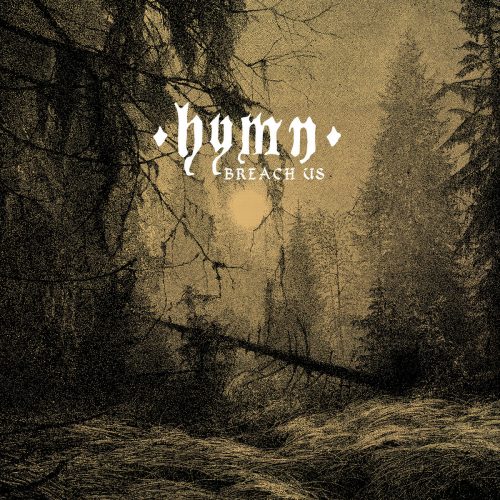 (On August 28th Fysisk Format released the second album by the Norwegian duo Hymn, and Andy Synn gives it an enthsusiastic review below.)

Being human is, I’m sure we’ll all agree, a strange experience. One which, ultimately, we all experience differently.

Even though we have so much in common, and encounter the world through the same five senses, the same underlying mental architecture, if I were to try to convey to you exactly what I experience when I feel pain, or pleasure, or any number of other sensations, I wouldn’t be able to do so.

Oh sure, we have language to describe what pain “is”, what pleasure “is”, but the truth is that human language just isn’t equipped to describe the subjective qualia of reality.

Quite simply, you can’t feel what I feel.

This is one reason why we often fall back on comparisons and shared points of reference when describing things to one another, especially (to the chagrin of many) when talking about music.

So, like it or not, please be aware that when I say that Norwegian duo Hymn sound like the bastard offspring of Cult of Luna, Crowbar, and Celtic Frost I do so with good reason, as you’re about to find out. 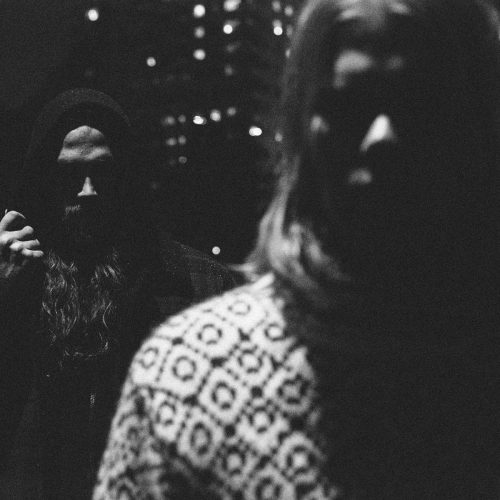 One thing I need to reiterate, before we get into the real nitty gritty of this album, is that Hymn are a two-piece band. That’s right, this titanically heavy sound is the product of just two people.

And, yes, I know it’s easy enough to fake this sort of things using layers of studio trickery and multi-tracked guitars. I’m not an idiot. Well, not that much of an idiot. But there’s just something about Breach Us which tells me that these guys sound just as massive live as they do on record, no cheating or trickery involved.

I can’t put it into words. It’s just a feeling I have.

Still, while the qualia of the album may be subjective, its quality certainly isn’t, as this is undoubtedly one of the best Sludge albums… heck, one of the best albums, period… of the year.

From the squealing feedback and utterly humongous riffage which introduces the opening title track  – just under six-and-a-half minutes of colossal, gut-churning riffs, subtle melodic twists, and howling, heart-stopping vocals, all underpinned by a drumming performance that switches between slow-burning immensity and stunning intensity – to the climactic, dirge-like Sludge-Doom of “Can I Carry You?”, there’s not a moment on this album you’ll want to miss.

“Exit Through Fire”, for example, is as much a crushing conglomerate of Bolzer and Burst as it is a hybrid of Crowbar and Cult of Luna, delivering over nine minutes of dense, distortion-fuelled riffage, coiled, rhythmic hooks, and hypnotic, post-metallic moodscapes, all aided and abetted by a mammoth, Meshuggah-sized guitar tone and similarly gargantuan sense of groove.

Then there’s “Crimson”, which adds a dash of Alice In Chains style melancholy (and clean-sung melody) to the duo’s suffocating, sludge-soaked sound, with the contrast between the track’s moody opening minutes and its absolutely apocalyptic second half making for a truly devastating dynamic shift that threatens to peel your face off every single time, no matter how well you think you’re prepared for it.

Concluding with its darkest, doomiest track – whose early blend of purposefully off-kilter and unsettling female vocals and monstrous, monolithically heavy guitars could give Triptykon a run for their money – Breach Us is the sort of dark horse entry I could see making a serious splash when all the “Best of 2020” lists are unveiled at the end of the year. It really is that good.

There’s just something so raw and primal about it, so utterly visceral and real, that at first you probably won’t even notice how cleverly and intricately arranged these four tracks are, constantly capable of surprising you, even when you think you know what to expect, while never losing an ounce or iota of intensity or instantaneous impact, no matter how many times you hear them.

Or, at least, that’s been my experience. Hopefully it’ll be yours too.