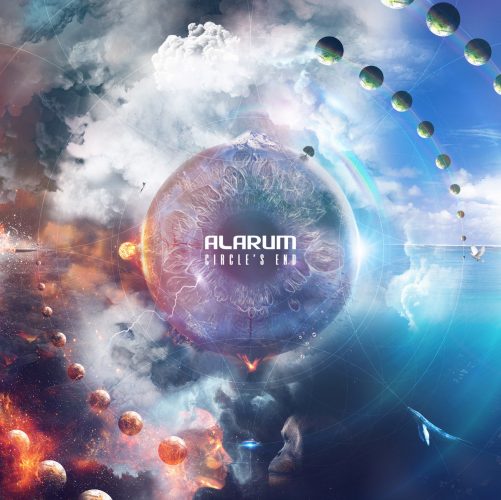 (TheMadIsraeli prepared this review of the latest album by the long-running Australian band Alarum, which was released in June by Dinner For Wolves.)

The very idea of progressive metal in modern metal is trapped in a weird state of limbo.  We have a problem lately with labeling things progressive that are, frankly, not at all.  They meet none of the requirements for the style, but the songs are over seven minutes long so we think surely that’s the qualifier.  As someone who appreciates the eccentricity in progressive metal of any sort enthralling, it’s a bit insulting to me that “our” standard has dropped so low that we consider bands like Black Crown Initiate to be progressive.  They are, no doubt, an excellent band, one of modern extreme metal’s best current acts, and fantastic musicians, but their music is not progressive.

When I think of metal that is progressive, I think envelope-pushing, I think weird fusion ideas or the ability to write a comprehensively diverse album that hits an insanely wide array of peaks and valleys while maintaining a cohesive core sound.  A group could do this based on a “gimmick”, of course, and could have an objective, perhaps oriented around jazz for example, and that’s fair as long as the music you’re writing actually tries to push and incorporate jazz into your metal in such a way that the spirit of jazz is in no way diluted. 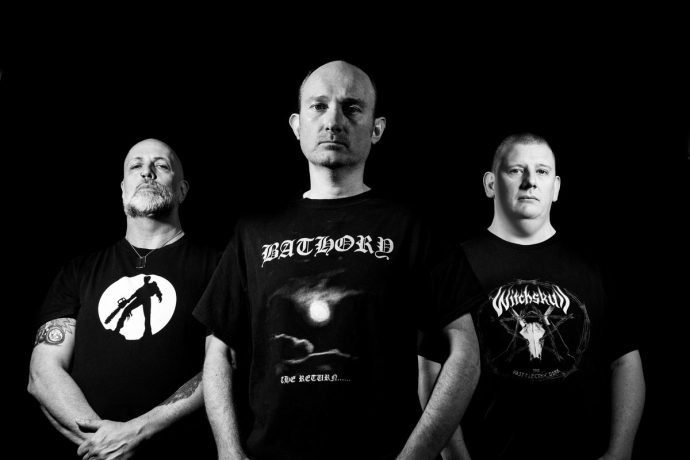 You may feel that my opening paragraphs here were pretentious as fuck and maybe a little elitist and gatekeepy, but this is a conversation that needs to be had.  I dislike the diminishing of what actual progressivism in metal looks like that’s going on, especially in journalism circles.

That brings me around to Alarum, an Australian band who have typically been labeled progressive death metal, which is a fair enough comparison maybe.  They are equal parts death metal, thrash metal, jazz, and a little bit of Boston/Kansas style flair all in one package that fully embraces in equal measure the maximum amount of essence of those styles.  They are also, by both generally agreed-upon definition and my own personal take on the matter, a truly progressive band.

They do not conform to generic song structure, they most definitely are virtuosos in their song-writing craft and in their instrumental performances,  and their music has always felt like they are trying to move beyond and ascend to the next level, whatever that may be.  Like Nonexist, whose new album I reviewed recently, Alarum are one of those bands who have gone so criminally unnoticed by the metal world that I just don’t get it man.

Circle’s End is the first Alarum record in nine years, although this is not a comeback attempt.  Alarum have always taken a long time between records, and the music shows the positive results of their patience.  Sub-three minute opener “Sphere Of Influence” alone encompasses five different genres on display with spotlights on all of their influences at work.  The out the gate police door kick of thrash metal, the jazz breaks, and the otherworldly melodies are a pretty good introduction to what Alarum are about, although the highlight for me is the gorgeously triumphant melodic explosion that ends the song.

Gorgeous contemplative and morose melodies are kind of Alarum’s jam.  It’s a very Extol-ish kind of approach to melody.  It’s all buried underneath masterfully technical riffing and jarring heavy/clean and metal/jazz transitions, combined with thrown-in surprises like the drums hitting Samba beats and the like.  This isn’t to say that there isn’t any of the kind of darkness or bleakness usually associated with death metal, but it’s reserved for impact.  On songs like “Sand” and “War Of Nerves” the atonal chaos is brought about and allowed to shine as much as anything else, but it’s hard to deny the band’s power on songs like “Syzygy” or closer “Sojourn” when they’re just bathing you in a wash of technical layered melodic radiation storm.

The mix of this album is powerful, with a huge emphasis on clarity but never  losing the bite and grit.  Especially on the drum front, this is probably my favorite drus mix of the year on a metal record.  The jazz and acoustic sections are so lush in comparison to the actual thrash and death metal sections, which bite with the intensity of cobra fangs.

Progressive metal should consistently hit you with a sensation of “I never would’ve thought to write that/do that/put those things together”.  This record does that, all while being oppressively heavy, brutal and frantic in its own way.  The thing of course that’s most impressive is that they manage to fit in all the chaos they create in a way that makes the music still feel cohesive, and they don’t even have to write long songs to do it.  This is the kind of eccentricity I love, but I feel it can only truly be communicated by listening.

I hope you enjoy this album as much as I have.  To me, this record stands as a defiant testament in 2020 to what true progressivism expressed through metal really sounds like.