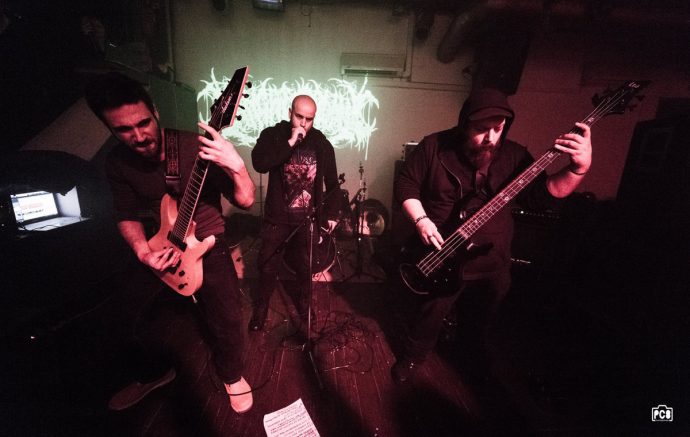 The Italian metal scene is responsible for giving us great bands such as Devangelic, Putridity,  Vulvectomy, Hour of Penance, Blasphemer, and Hideous Divinity, just to name a few (that I love).  And this time around I would like to take the opportunity to speak about one more, an underground project named Gangrenectomy that I recently discovered this year.

I  have to say that at first I was a little bit hesitant to check them out since their music is BDM that leans toward the slam side, and there are a lot of bands in that vein that just don’t do anything for me. Regardless, I decided to go with an open mind and checked out their second album, Cannibalistic Criteria of the Mantis, which was released early this year via Amputated Vein Records. 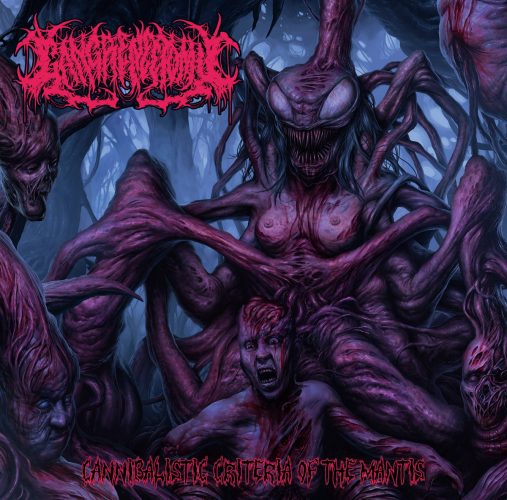 At first listen I was really impressed with the way the songs are set up, in the sense that they stand out but are in a continuous flow during the 30-plus minutes this effort lasts. I must mention that the drums are programmed, and even though I am not a fan of this, they are handled well here, with a natural production that enhances them evenly along with the guitars and bass.  After hearing the new album I decided to go back and listen to their 2015 debut full-length to get a sense of their progression and any differences between albums, only to discover that these guys have long known what they are doing and execute their mission with precision.

The new record is one that keeps the listener engaged throughout all eight songs, with no dull moments. Sure, it’s not groundbreaking, but it’s a great and should be given a chance. I should also mention that the vocals are one of the highlights — much talent is shown, and I appreciate the performance quite a bit.

This project has been around since 2009 and they have stuck to their sound over the years, and that is something respectable in my opinion.  So their latest album is great and should be given more exposure and an opportunity to attract more recognition. I hope they continue their path and will continue to release music in the future.