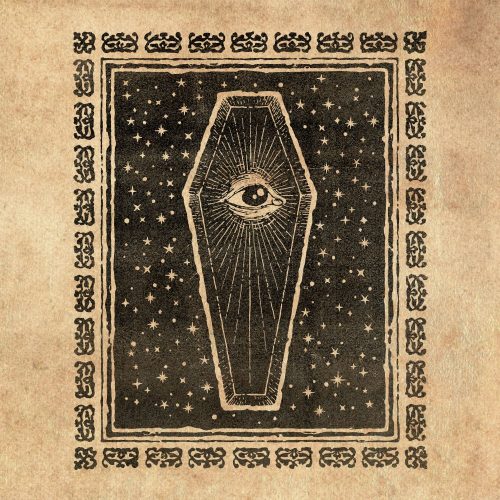 To begin, I’ve chosen two songs from Roaring Eye, the debut album by a one-person Italian project named Nubivagant. The album will draw attention because that one person is both Thorns and Omega, the drummer of Blut Aus Nord, Chaos Invocation, Enepsigos, Darvaza, Fides Inversa, and many other groups). Here, he performs all instruments, and he sings in a tenor voice. That’s right, these songs are exceptions to our rule, but well-earned ones because Omega really can sing. 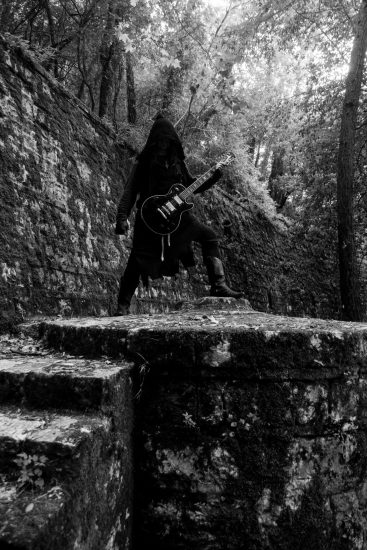 The first-released of these two songs was “The Plague of Flesh“. The second song, “One Eye Upon the Grave“, premiered more recently at Decibel. The deep hum of the bass and the dense, searing tone of the riffing will grind away any feeling of contentedness you might feel before listening to the tracks, and lead your thoughts off into the barren shadowlands of doom. Omega‘s haunting voice, which itself takes on the tones of classic doom, deepens the feeling of hopelessness.

“The Plague of Flesh” dramatically intensifies as it unfolds, becoming a sensation of feverish fear and wretchedness, and the increased intensity also comes through in the vocals, which transform from wails into screams. If anything, the opening melody in “One Eye Upon the Grave” is even more steeped in misery and despair, even more blanketed in spectral gloom, and its measured, staggering cadence never quickens; the grave lies ahead, and there’s no running from it.

(Thanks to Miloš for alerting me to these Nubivagant tracks.)

The next song I’ve chosen is an excerpt from one of the three long tracks that collectively make up the forthcoming debut album of Häxenzijrkell, who’ve received previous laudatory attention at our site. Entitled Die Nachtseite, the album will be released on September 30th in CD and vinyl LP formats by Amor Fati Productions, with artwork by Karmazid. It is described as a ritual divided into three parts – the Path, the Flame, and the Awakening.

“Unter sieben Sternen” is the album’s second track and represents the second part of the Flame. In the portion of the song you can stream now, the heaviness and distortion in the main riff, coupled with the song’s plodding momentum, quickly generate a feeling of suffocating oppression. Distant howls and screams draw out feelings of frightfulness, as if we’re being shadowed by wolves  in our grim march through Stygian blackness.

The music moans and screams while solemn spoken words are uttered. The drumming begins to snap with vigor, and the wolves howl again. The drums slow to a funereal pace, and the long reverberations claw us into an ever-deepening pit. Ghostly wails waft through the corrosive, tormented chords. All is lost, the music seems to say, every last thing you once held dear….

The complete version of “Unter sieben Sternen” is more than 10 minutes long (and the other two songs on the album are even longer).

The next song, “Válečná běsnění“, is a new single from a forthcoming album by this Czech band, who are now in the 16th year of their musical career. The single was released by Folter Records on September 4th through a lyric video. Although the lyrics are in Czech, this statement at Bandcamp explains the theme:

“A neighbor is a good companion to a neighbor in times when heavenly stillness falls upon the forests. But when higher power awakes the most wicked instincts in man, he is not ashamed to commit even the greatest of atrocities one to another. And young men, driven by imaginary voices coming from their hearts, are able to sacrifice their lives for things their minds are hardly able to understand. Some build monuments for them, but their names become forgotten anyway and their great sacrifice vanish in vain. The only possible purpose of war might be the fact that good life should be valued properly.”

Like the previous songs in today’s collection, there is sorrow in this new song, but it’s a dynamic and multi-faceted piece of music, and thus channels other feelings as well — including the riot and ferocity of battle, the epic sweep of heroic striving, and maybe even a longing for better times. The vocals also range from grim growls to gothic near-singing and enraged snarls. Dramatic, memorable music that jolts, races, soars… and tugs at the heartstrings.

Later this year Panychida will release their fifth studio album, Gabreta Aeterna, through Folter Records. It’s described as a concept album about the people and nature in the Šumava Mountains region, and it includes this song about the evils of war. 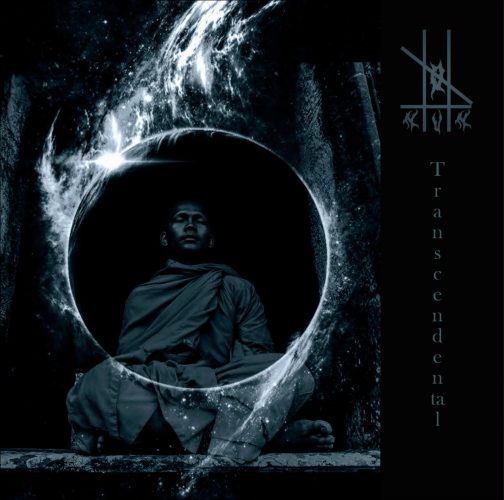 I’ve previously reviewed the first two EPs in the “Shamanic Trilogy” by this Brazilian band — Nihility Ascetics (here) and Dissociate, Alienate (here). I thought both were stunning, and so I needed no further encouragement to check out the first-released song from Part 3 of the trilogy.

That song, “Meticulously Measuring My Emptiness“, opens the final EP in the trilogy. 0-Nun has already demonstrated its ability to generate sonic upheavals of shuddering power, and does so again here — the low end sounds like an earthquake. The drumming frequently flies with blistering abandon, and the vocals are bestially ferocious. At times, the music seems to boil like a cauldron of chaos. At other times, those quivering Mellotron-like tones we’ve heard before give the music an added dimension of the weird and paranormal… and without warning the music also morphs into the grand, dark tones of symphonic strings, warped organ-like arpeggios, and tympanic pounding.

The effect of all these hybridized sounds, and others I haven’t tried to describe, is disorienting — but paradoxically entrancing.

The closing chapter of the “Shamanic Trilogy” is named Transcendental. Presumably we will see it released in the next month or two.

UPDATE: Faster than I guessed, the EP is now out, and I’ve now added the full stream below. 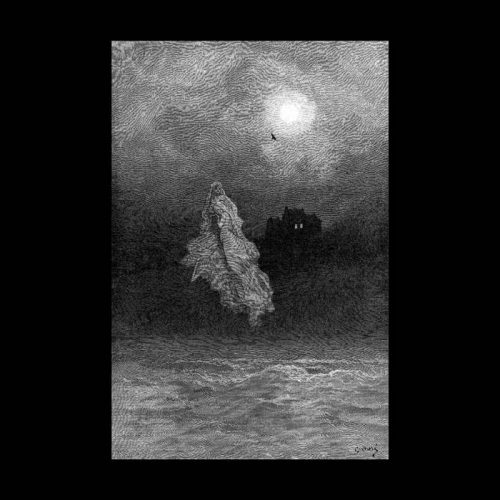 ASCEND TOWARDS THE MOON (?)

And to close, I’ve chosen two recently released complete records, both from bands who were unfamiliar to me. The first is an album entitled At The Heart Of All Beauty Lies Something Inhuman, which are words drawn from this line by Albert Camus:

“At the heart of all beauty lies something inhuman, and these hills, the softness of the sky, the outline of these trees at this very minute lose the illusory meaning with which we had clothed them, henceforth more remote than a lost paradise . . . ”

The opening track (“The Deluge”) is a beautifully mysterious and melancholy instrumental that features acoustic guitars, but what comes next (“The Chasm”) is a delirium of blazing riffage, tumultuous percussion, and wild, scorching shrieks, coupled with flowing melodies that raise visions of frightening grandeur (for some reason it made me think of howling Saharan sandstorms in which djinn princes direct the onslaught).

That feeling of scary exhilaration returns again, but in the meantime “The Shrine” is exotic and seductive in its melodic sorcery (though the vocals remain a torturous, mind-scarring sound). There is again a feeling of majesty in the music’s sweep, but it’s a tragic spectacle, and its moodiness and torment seem to become very personal as well. The chiming and darting notes of “The Arcane” bespeak internal turmoil and grief, yet the song also has its panoramic aspects, both sublime and splintering. There’s a sense of being moonstruck (pun intended) in the strange percussive rhythms and gleaming celestial melodies that open “The Hollow” — until it becomes a whirling lunacy (another moon-inspired word).

The closing track, “The Raven”, shares the name of the Gustave Doré engraving that’s used for the album cover, and it’s an 11-minute excursion which proves to be haunting and harrowing, eerie and engulfing, grim and glittering. About five minutes in, a clean, ringing guitar instrumental gives the music a spectral, bewitching atmosphere (here we are, moonstruck again), and the blazing maelstrom of madness that follows it creates a sharp and startling contrast.

There’s a lot to take in over the course of this multi-faceted album, and while some might be tempted to label it “depressive black metal”, it’s a richer experience, in both its moods and its genre variations, than such a label might suggest. 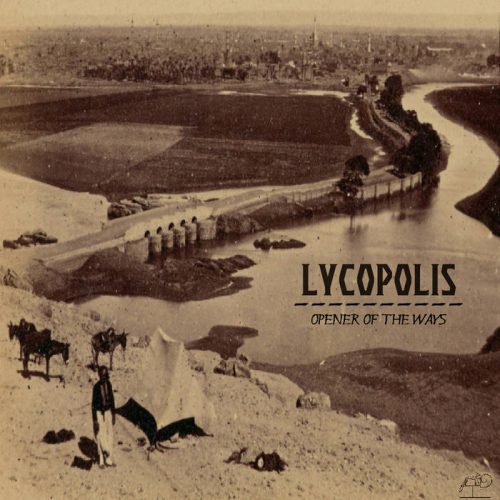 There’s a raw, penetrating level of abrasion in the guitars, and an emotional rawness in the music too, ranging from the depressive and despairing moods of “The Sun Is But A Mourning Star” to the grim raking and thrusting chords and rampant cruelty of “Dusk Beckons A Closing Portal” and the wild, whirling hysteria of “Odes of Eminence” (the EP’s shortest and most electrifying track). At their high points of intensity, Lycopolis channel derangement and fear with a kind of terrifying ecstasy, and the vocals, though slightly submerged, are always insane. But even when things are less frenetic, the music is a riveting experience.

On Bandcamp Friday two days ago Lycopolis released a new single named “Guardian“, but the band took it down yesterday, and it’s unclear whether it will be released again. It appears to be a preview of a new sound that Lycopolis are developing, one that blends raw black metal with traditional Egyptian and Arabic scales.

I do hope the song will reappear at some point because it does generate an atmosphere of exotic magnificence — but of a kind that seems demonic — and in doing that it beautifully brings into play those Middle Eastern melodies in a way that makes the song magikal. On the other hand, it’s definitely as raw as a sandstorm and the vocals remain unhinged (and the drumming is an extravagant performance too). I’d definitely like to hear more of this new direction.