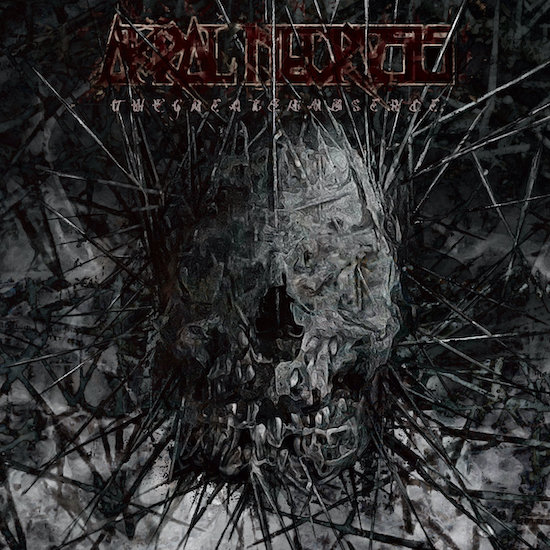 The new album by the Romanian black metal band Akral Necrosis, their third overall and their first full-length in four years, is a narrative of more than an hour in length. Entitled The Greater Absence, it follows an ambitious, ignorant protagonist in his pathetic yet hazardous quest “to reveal the mysteries of the unseen and the afterlife”. Certain parts of the exposition were inspired by Ingmar Bergman’s 1968 legendary film Vargtimmen (“Hour of the Wolf”), and it further includes a guest appearance by the young Romanian poet David Topala, with an unpublished poem that is reproduced in fragments on three of the album’s tracks.

The album’s epilogue presents a terrible vision of the final destination of the human soul, and in this the band’s perspective “breaks with the concepts of heaven and hell, as well as with the belief that any form of consciousness is suppressed by death”. We’re further told that the narrative is also “an allegory of contemporary practices adopted more and more often in the mainstream music circuit that transforms black metal into a consumer product….” 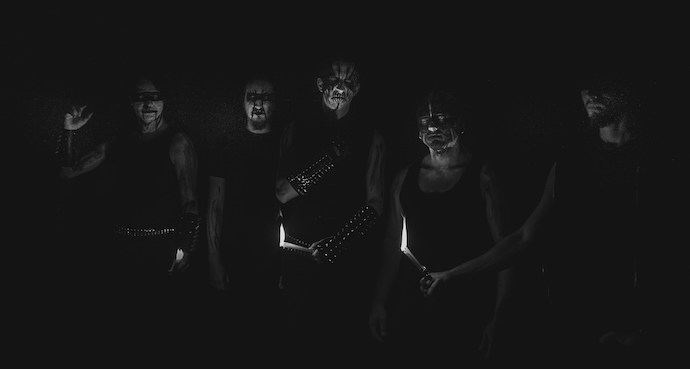 The first track on the album is “Silent Altar“, and we present it to you below. Lyrically, it presents the protagonist’s resort to occult practices, swearing by the moon and the devil, to seek divine knowledge of what lies beyond death, “the infinite gates of possibility”.

In its music, “Silent Altar” quickly creates an atmosphere of menace and mystery, and then its dense, whirling riffs, blistering drums, and acid-bathed shrieks send the song into a paroxysm of fervor and madness. Fiery leads burn and soar, preserving the mood of otherworldly mystery while equally creating a mood of fear. The music’s intensity remains in the red zone, driven by hyper-drive drumming, fleet-fingered fretwork, and unchained vocal viciousness, which combines incinerating screams and bestial roars. A wild, shred-tastic guitar solo underscores the madness in the music, but the melodies also rise in a manifestation of blazing glory.

Exotic ringing guitars and ghastly, gasping pronouncements provide an eerie yet mesmerizing conclusion as the drumming abates and the bass hums a grim tune, but the aura of strange and perilous wonder in the music rises again before the end.

The song is quite an exhilarating and unnerving experience, and a very promising sign for this veteran band’s latest work.

The artwork of The Greater Absence was created by Constantin Bodescu, and we’re told that the accompanying booklet “also received a special approach from the artist as most inquisitive listeners will discover a series of enigmas between its pages”.

The album will be released on September 25th by Loud Rage Music in a jewel-case CD edition and digitally.