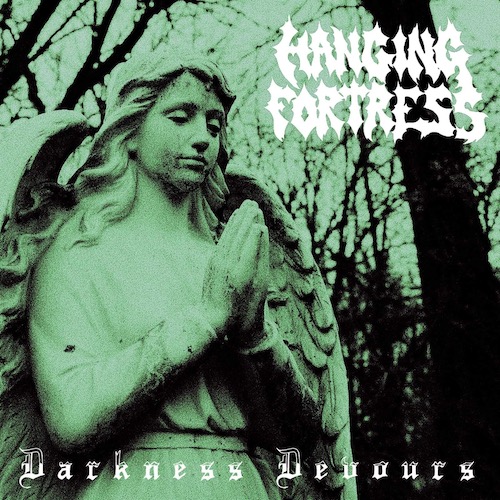 “Hardcore-infused Death Metal seems to be what all the kids are into these days… Made popular by the likes of Nails followed by Gatecreeper, both borrowing heavily from Swede legends Entombed, bands are finally beginning to branch out, shying away from the blatant Stockholm worship for a more American influence (whether for better or worse). While many seem to fall in the pit of mediocrity, some do it convincingly enough to catch my attention.”

Add that’s how the proprietor of Redefining Darkness Records begins his introduction to Hanging Fortress, a band from the benighted confines of Toledo, Ohio. The Cleveland-based label will release the band’s debut album Darkness Devours on November 6th, and to help launch pre-orders for it today we’re bringing you a savage album track named “Burned Alive“. 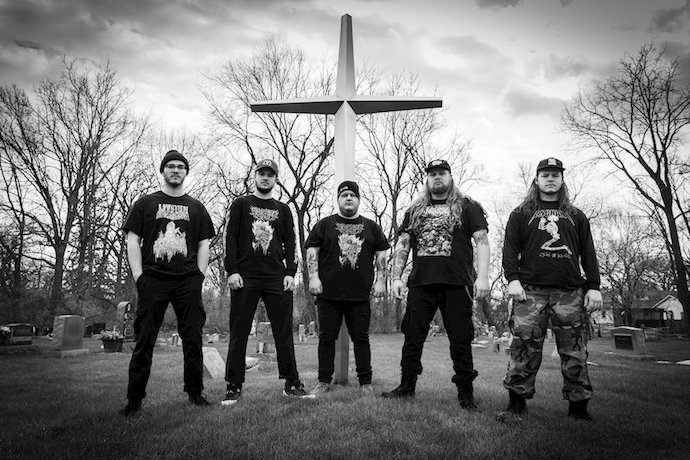 You could easily guess just from listening to the song that it was born of fury, a guess confirmed by the band’s Marcus Hartford in this comment:

“We live in a world today where people face zero repercussions for their actions. What you say and do will eventually hold true at the end of your time. Burned Alive describes the meaning of true hatred for someone close to me that did me wrong too many times. Although simplified, it talks of how far you can push someone to their limits… what lines could be crossed…. and what could be an acceptable reaction to release this anger and hatred in a world of fantasy and torture. I think of it as my own version of Dante’s Inferno or 120 Days of Sodom, but condensed into a story of 4 minutes and 7 seconds.”

The ghostly arpeggio at the outset of the song creates a feeling of encroaching menace, a suspicion that becomes a nightmarish reality through skull-thumping beats, jittery-nerved riffing, and gruesome cavernous growls. The music quickly becomes a gargantuan stomping and shivering beast, one that inflicts a thuggish, cold-blooded beating but just as powerfully generates a sensation of red-eyed viciousness as the guitars rise in feeding frenzies of derangement and the vocals spray blood all over the walls.

Near the end the song progressively (and morbidly) slows, as if all the air is being methodically choked off, with a spurt of shrieking guitar as the last manifestation of madness and fear before the vacuum of the void vanquishes all. 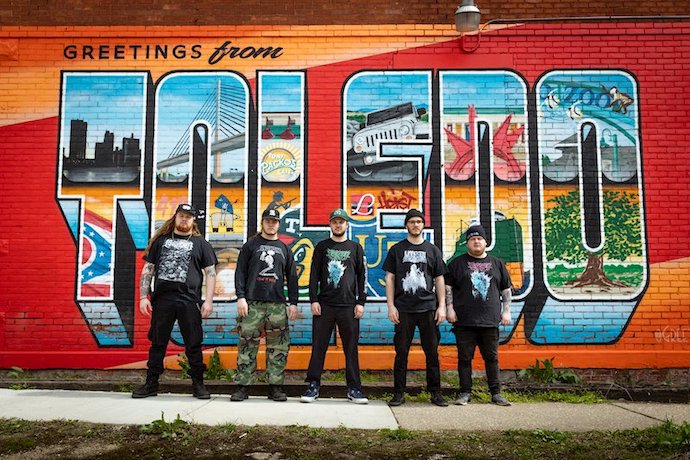 Darkness Devours was recorded, mixed, and mastered by Pat Shekut of Underhill Recordings, and features artwork by Anthony Orosz and Jimmy Smo. Redefining Darkness will release it on CD and digitally, and all the formats are up for pre-order now: