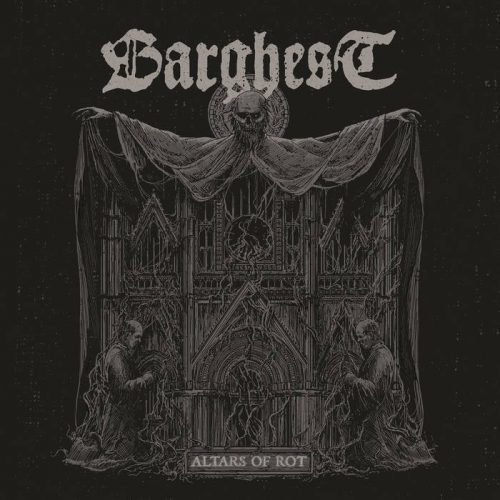 As you can see, I’ve planned a two-part column today. This part includes too-brief reviews of three albums and comments about an advance track from a forthcoming record. In Part 2 I’ve gathered some splits and another advance track. I haven’t written all of Part 2 yet and am not sure I’ll get it done today, because the Seahawks are playing their opening game of this weird NFL season, and I’m not going to miss it. So, maybe Part 2 comes tomorrow…

I’ve taken my sweet time writing about Barghest’s new album, not for lack of desire but because of one diversion after another. But it’s an album that I can neglect no longer, because I’ve continued to listen to it off and on since before its mid-July release. And as someone who’s constantly flitting from new thing to new thing, that fact alone is meaningful.

Spread across seven tracks, the music within Altars of Rot is a riveting amalgam of poisonous cruelty, barbaric viciousness, teeth-on-edge tension, oppressive grinding brutishness, and the anguished madness of minds pushed by circumstance to the end of their ability to stand fast. Within every song the band continually switch things up, shifting the riffs in mood-changing ways, and injecting bursts of gripping, evocative melody as well as doses of skull-busting groove.

The dynamism of Barghest‘s hybrid of black and death metal extends to the pacing, which veers from wind-aided racing to grim, lumbering stomps, and to the fast-changing drum and bass patterns. The vocals, meanwhile, are an unmitigated growling, snarling, and screaming fury — also dynamic in their own way but persistently raging.

Make no mistake, Altars of Rot is well-named, because in all its burning and battering permutations the music is damned bleak, it’s just a question of choosing among degrees and shades of debilitation and devastation. It might have been subtitled “Abandon All Hope Ye Who Enter Here“. But it’s nonetheless a riveting experience from start to finish. 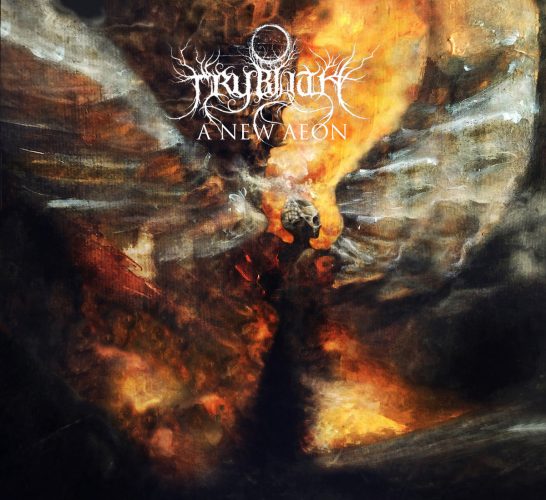 This next album is the first of two that came my way thanks to recommendations by Rennie from starkweather. Entitled A New Aeon, it’s the debut full-length by Tryblith from Dayton, Ohio (released on August 21st).

The album is uneven, but the strongest features of the music have made me return to it. The second track, which is set to play first at Bandcamp, illustrates why. “A New Aeon of Desecration” exemplifies both the mountainous weight of the music’s low end and the strange, unsettling qualities of the eerie, buzzing riffs and the feverish, quivering leads. Ghostly piano keys and shimmering synths add dimensions of spookiness and cosmic mystery to the inner-ear disturbances of the song, and bursts of machine-gun snare help push the intensity into red zones of madness. In the vocals, throat-ripping shrieks switch to strangled growls.

The inventiveness of the mind-mangling guitar work proves to be the album’s signal feature, though the visceral, physical push, punch, and pile-driving pound of the rhythm section, and the dynamism of the tempos, are vital ingredients as well (as mentioned, the bass tone is granite-heavy, while the drumming has a snare-forward emphasis reminiscent of brutal death metal). Meanwhile, the keyboard accents are both judiciously used and effective in creating contrasts that build an even more varied experience within each track.

If there’s an issue I have with the album, it’s that less might have been more. The intrigue and interest of the band’s formula diminishes some over the course of 11 tracks, because while almost all the songs (barring the dispensable “Gateways” and perhaps the ambient outro track, which is meant to be a bookend but feels a bit stuck-on) would stand quite well on their own, stacking so many on top of each other without dramatic differences among them tends to wear out the welcome. But having voiced that quibble, I’ll reiterate that there’s a lot to enjoy here.

I’ll add some of what Rennie wrote when he steered me to this record: “Quasi-melodic dissonances throughout. Almost microtonal damage here and there. Could make one think of Fell Ruin with synths in that the songs are constructed with a mix of black metal and death metal. This leans in more toward the black metal register. They’ll drop out-of-tune acoustic parts here and there that sound like faulty calliope-ride music. Vocals primarily in the evil pirate or Popeye school of black metal (or what they term “Shamanic Bloodgurgling Howls”) which can be fatiguing in its one-note attack….” 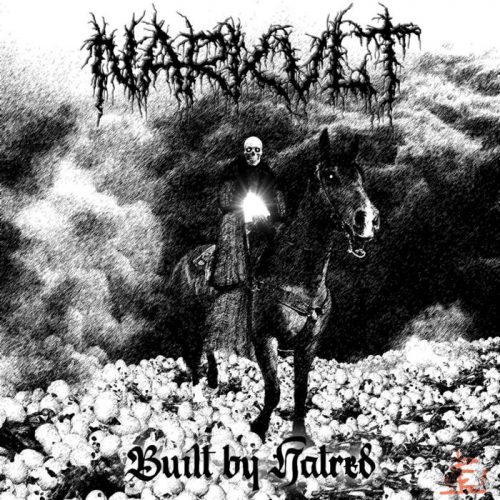 Now I’ll turn to the second album in this collection that I discovered thanks to Rennie. It’s a more recent release than the first two full-lengths discussed above. In fact, it just came out on Friday, and so it’s too soon to tell whether I’ll be pulled back to it as I have been by its predecessors in this column. What I can say is that in the short term it has put some big jolts of electricity into my generally depressed and anxious head. Rennie’s words capture the effect very well:

“Furious speeds, noisy and punky solos, venomous vocals. Almost all speed with little in the way of respite. Now and then you’ll get 5-15 seconds for a melodic segue or solo. This is a little too tech for war metal, but, has the full-on attack sensibility. Definitely lives up to the title”.

And the title is Built By Hatred.

The music really is almost all about the process of electrification. Yet that process derives from more than the impact of hyper-blasting drums, racing wildfire chords, shrieking leads, and unhinged screams. The chord progressions morph through phases of lunatic delirium, blazing ecstasy, and flailing terror, and as they do the songs sink their razor-sharp hooks into your quivering brain. The adrenaline-rocketing thrill is so great that fatigue doesn’t set in, though there is a risk of hyperventilating while you listen.

As Rennie notes, the presence of thrashing melodic segments further helps maintain interest. “Tracked Terror” is a prime example of this. And the short punk-rock opening of “Armored Division” brings a smile before the conflagration again sucks the air from your lungs. The band create another twist in the grim, fanfare-like intro to “Weak Tremors Before Us” — and then of course we’re quickly caught up in another superheated maelstrom of violence and fear.

Credit to these Hungarians for their unswerving dedication to burning everything to the ground (even though here in the western United States we haven’t needed any extra help with that over the last few weeks).

To close out Part 1 of this column I chose a video for “Wolves of Morning Dawn“, an advance track from a forthcoming album by the Polish band Mysthicon. The name of the album is Silva – Oculis – Corvi, and it’s due for release on September 23rd by Witching Hour Productions.

“Wolves of Morning Dawn” is a potent combination of black, death, and doom metal, an attention-grabbing mixture of throbbing groove and writhing, seizure-like riffing, which segues into morbid lurching and militaristic marching. Sinister flames burn within both the music and the voice that proclaims the lyrics with lycanthropic viciousness. But there’s a sense of dominating cruelty here as well, a feeling of dictatorial eminence, confident in its ability to smash all resistance — not so much something to be celebrated as something to be feared.