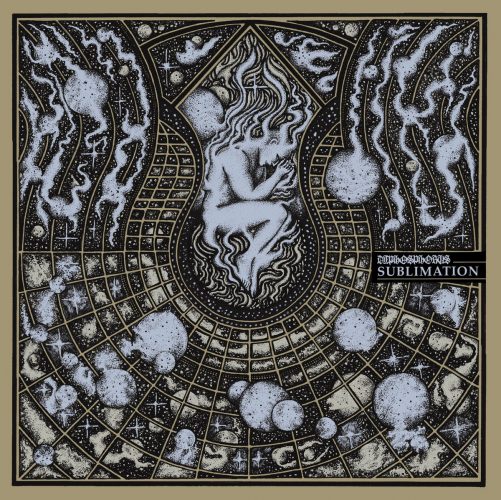 This first song is such a heavyweight neck-wrecker at the beginning, although filaments of ravishing melody rapidly spiral out from beneath its bone-breaking rhythm. However, the song also explodes in breathtaking fashion — a storm of battering drums, blizzard-like guitars, and truly wild, howling vocal ferocity. The track is tremendously thrilling in all of its course-changes, which include sweeping, fire-bright sonic panoramas; the sludgy heft of the low end is a thrill all its own. 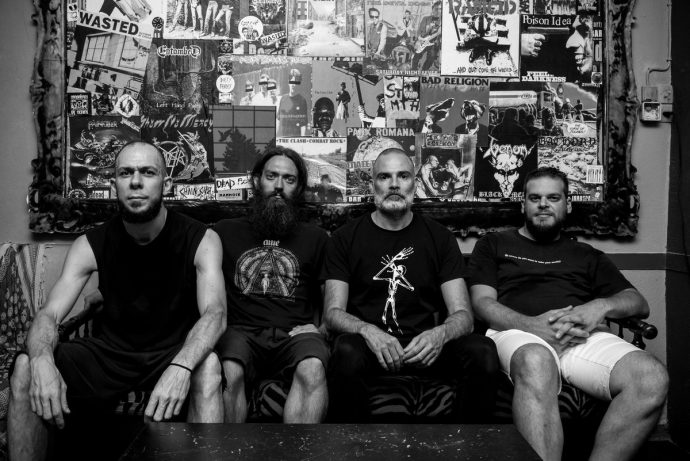 “Βορά Των Αιώνων (Devoured By Aeons)” is only the opening track from the new Dephosphorus album Sublimation, which was just released yesterday by 7Degrees Records, Selfmadegod Records, and Nerve Altar Records. The rest of the album is equally spectacular. 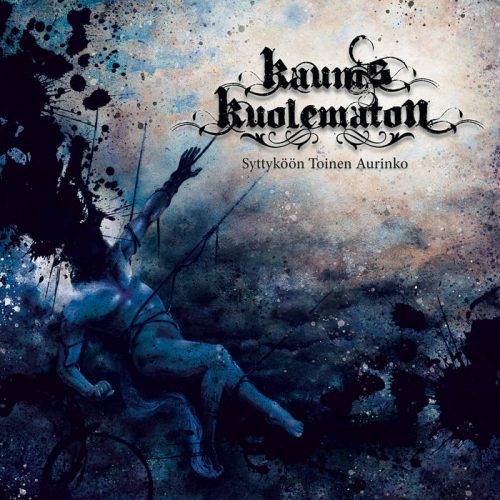 Opening with a haunting piano melody, “Kylmä maa” becomes a jolting and feverish surge, heavy and vibrant, but still night-dark in its mood despite the synths that shine like stars above and the gloriously ringing guitar melodies. The mix of vocals — furious roars and tortured shrieks — underscores the emotional tumult that comes through in the music. Near the end, the song softly pulls us down beneath glimmering waters of grief before a final depth charge of intensity, in which the ethereal and the visceral meld together again.

The album that includes this song, Syttyköön Toinen Aurinko, will be released by Noble Demon on November 27th. 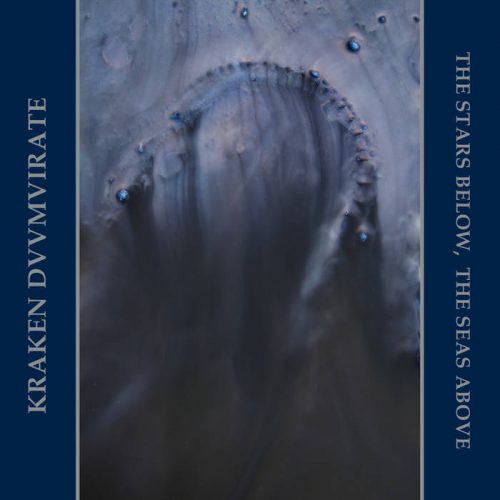 Next up is a song that’s spooky and hypnotic, drawing us in with the reverberation of gleaming notes, shadowed by wailing ambient waves. The deep, gritty vocals are a malignant and frightening presence. Slow-moving at first, the song drifts away into the ether and we hear voices as if from a great distance — just before the band lurch forward in a massive stomp and those eerie notes begin ringing again. Moaning melodies manifest grief… but those distorted vocals create fear. All together, it’s a seductive and chillingly beautiful musical reverie, but one that never lets you get too comfortable — especially near the end, when it sounds like a cacophony of the damned waiting for us on the other side of the Styx.

“Star Spawn” will appear on The Stars Below, The Seas Above, the debut album of this Finnish duo which will be released by Silent Future Recordings in cooperation with Nordvis Produktion on October 16th. 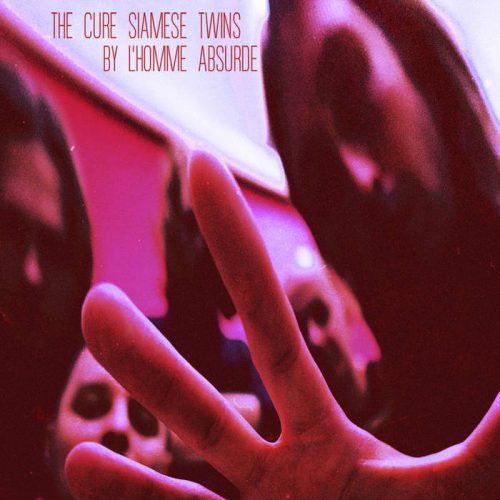 The next song is a wonderful cover of The Cure‘s “Siamese Twins” by the Russian band L’Homme Absurde. They turn it into a gripping, grief-stricken, post-black metal sensation. Easy to get lost in what they’re doing here, and the harsh vocals are so full of wrenching passion that you won’t even miss Robert Smith‘s voice — though at one point in the song there’s a brief hint of it. 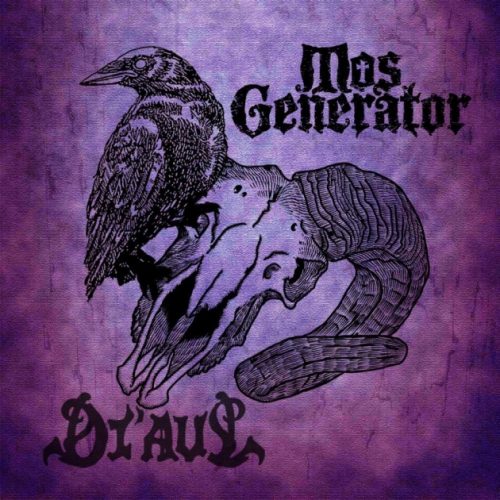 I thought it might be a good idea to drop some narcotics into this playlist, as well as some clean singing, just to show (as we routinely do) that we’re not total voice bigots. And it’s hard to be bigoted when the vocals are such a dead ringer for Ozzie, as they are in this Mos Generator track. And yes, the music really is narcotic, woozy enough to make you sway, and the spectacular soloing is a head-trip all by itself. Get ready to jump into the WayBack Machine….

“I Spoke To Death” will appear on Mos Generator‘s upcoming split album with the Italian band Di’Aul. The release date is September 25th via Argonauta Records. 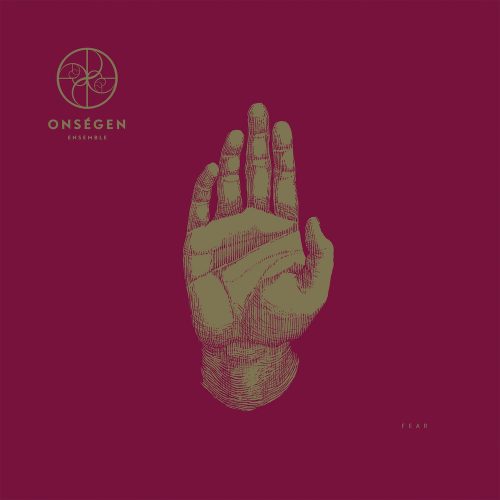 The next song is a bell curve — you’ll understand what I mean when you hear it. If you’re not open to the idea of a trumpet and flute playing vital roles, along with cosmic guitar reverberations, you might not like this — but surely everyone will like the hook-filled rhythms (in which nimble bass-work and hand-drums make important contributions).

Reminding me of early Pink Floyd, this is a long, mesmerizing instrumental jam, but one laced with harsh vocal expulsions. It’s a moody song in many ways, but a glorious one in others, and the video is great. There’s one unexpected moment in the narrative part of this short film that became one of my key takeaways from the music — that maybe our best option is to dance in the presence of death.

“Stellar” is one of the tracks on this band’s third album Fear, which is set for release by Svart Records on November 20. It’s also available as a digital single on Bandcamp. 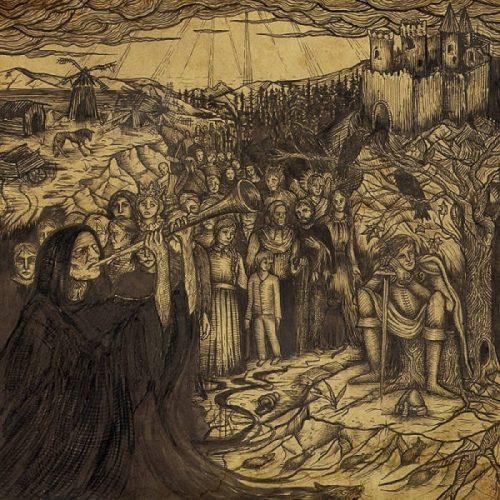 At the outset there’s a whirling, dancing quality to this next song, “The Kingdom of Nothing“, but as the title suggests, something scary is approaching, and then the dancing becomes fleeing — before the onslaught of attacking drums and the ecstatic delirium of blazing guitars. The sheer firestorm glory of the song, including the wildness of the soloing, is tremendous — it merits the over-used word “epic”. But it’s unmistakably warlike and violent — even if the bloodshed takes place on a grand scale, like war in the heavens — and the crocodilian growls of the vocalist amplify the feeling of cruelty. There’s also a wailing and warbling sound that becomes pronounced near the end, giving the music a magical sheen. Perhaps some folkloric instruments in the mix, maybe they were always there….

This is just one song among six others on the album In Purge There Is No Remission, which was released yesterday by The Sinister Flame. If you know what’s good for you, you’ll listen to the rest of it post-haste. 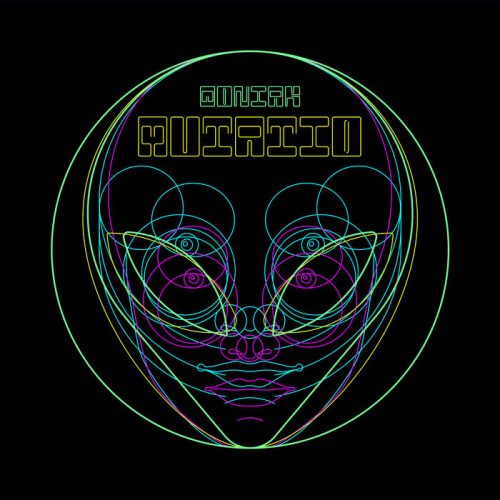 Okay, it’s time to throw you a big curveball. This next song isn’t metal — the PR people sum it up as “jazz/math-rock/prog/electronica”. But I got such a huge kick out of watching these two do their thing in this live video that it would have been criminal of me not to share it.

As you’ll see, drummer Lionel Friedli seems to be entirely within himself, eyes closed, while synth-esist Vincent Membrez is looking intently at Friedli half the time rather than at the marvelous things his hands are doing on the keyboard, like they have lives of their own. All this is especially remarkable because the music reaches heights of head-spinning intricacy, in addition to enslaving your reptile brain, the part that makes you move without thinking.

“Coac” appears on Mutatio, an album that will be released on October 16th through Hummus Records. 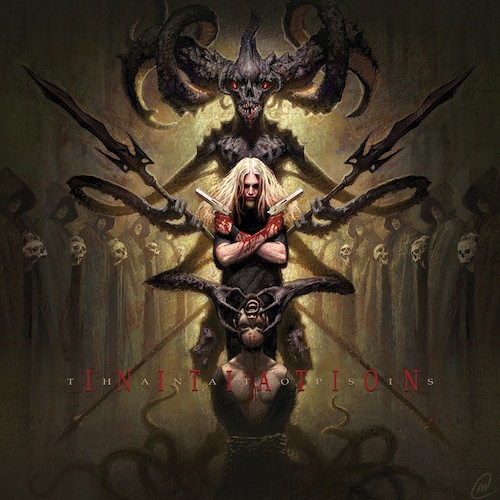 “Embodiment“, which is the first single from this California band’s new album Initiation, is a brutish, hard-slugging, cutting-knife of a song, but one that rises in scintillating flames during the chorus, when the savage (but entirely intelligible) vocals also soar and take on a melodic quality despite how sky-high and searing they become. The music also blends ominous, heavy-hitting grooves and darting, rapidly swirling fretwork, and it takes off in bouts of racing, thrash-fueled marauding that really get the blood pumping. (The riffs get stuck in the head pretty quick too.)

Although Initiation is the band’s debut album, they independently released a bunch of demos between 1993-1997 — and they shared the stage with the band Death on three occasions (among other accomplishments). Three-quarters of the band from those days are together again after a long hiatus, with the new addition of drummer Jason Borton (Jungle Rot, Arkaik) to round things out. They’ve obviously decided that after all this time there’s not one thing wrong with old-school thrash-and-death, and after you give this one a spin I defy you to disagree!

(Initiation will be released on October 23rd by Extreme Metal Music. The great cover art is by Matt Cavotta.) 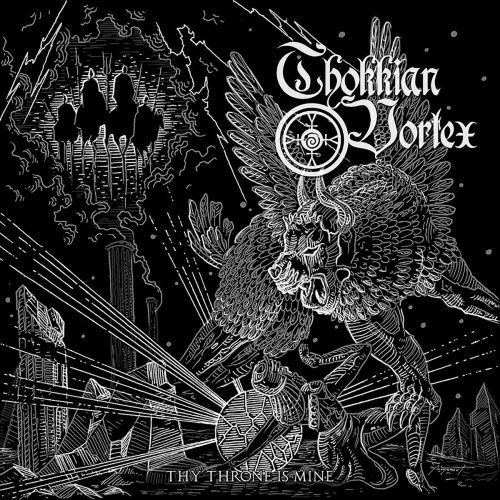 The eerie, chiming opening of the next song sounds like sinister sorcery at work, and the feeling of viper-like malice persists even when the rhythm section get your head rocking. The vocals sound like hate vented through a throat being strangled with barbed wire, and they sound nasty as hell even when they turn into less abrasive and more chant-like tones. When the double-bass starts rumbling like thunder, the increasing dissonance of the melody generates a feeling of rising tension and blares its derangement.

I should add that the song has an infectious quality, like a contagion….

The album that includes this song, Thy Throne Is Mine, was released last February by Non Serviam Records. The video is new.

This next bit is just a two-minute teaser for Throane’s forthcoming EP, Une Balle Dans Le Pied, which will be released by Debemur Morti Productions on October 16th, but it’s long enough to put a kick into your adrenaline and inject a cocktail of poison and hallucinogens into your veins. The rhythms have a visceral appeal, but everything else, including the horrifying vocals, is the stuff of nightmares. 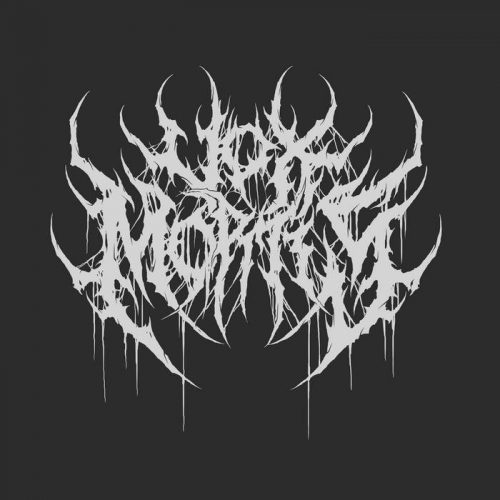 These next two tracks will knock you back on your heels through the sheer armageddon-like ferocity of the militarized drumwork, the scathing riffage, and the shrieking string torture. But the band persistently switch tempos in the blink of an eye, keeping you from getting your feet beneath you in between their full-bore discharges. Even when they slow down, they show no mercy but instead pound away like massive pile-drivers. Meanwhile, the vocalist barks like a rabid pit bull and howls like a famished wolf (and there are some stunning bass drops headed your way too, as if the music hadn’t already cracked your cranium).

The two tracks collectively make up a promo independently released by the band on September 9th. Vox Mortis describe themselves as an “Indonesia-based death metal band formed by multidisciplinary musicians stand for animal welfare.” 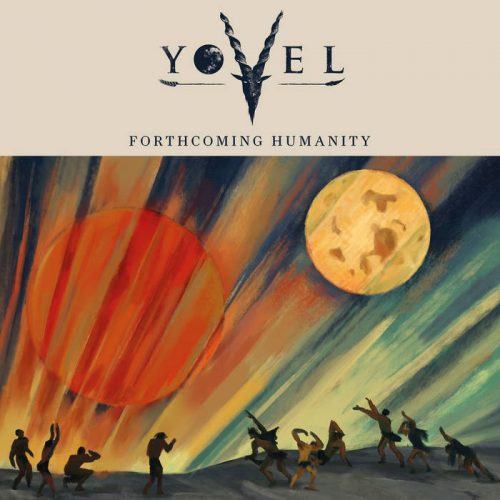 This final song by a band I’ve praised on other occasions begins with spoken pronouncements by a man and a woman, backed by rippling acoustic notes, but turns into something very different — a blaze of frantic arpeggios and burnings chords that sound like piercing madness. The drumming alternately hurtles and thumps, but the intensity of the music is almost unabating, and becomes even more scorching thanks to the extravagance of the snarling and howling vocals.

In addition to madness, a feeling of shattering anguish comes through in the song’s less unhinged passages, and the music becomes almost panoramic in its vision of tragedy as the vocalist cries out in pain. Even with a soft, spoken-word interlude (a tragic news account) and a reprise of acoustic melody, the song is so stunningly intense in almost all its many variations that it may leave you with a catch in your breath and the whites of your eyes showing.

The song, “Chapter V – Epitaph“, is off Yovel’s new album Forthcoming Humanity, which will be released on October 2nd.