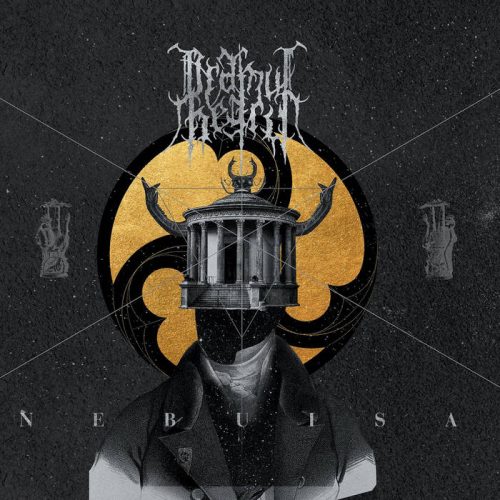 In just two days Loud Rage Music will release Nebuisa, a new EP by the Romanian band Ordinul Negru, but you won’t have to wait to hear it, because we’re presenting a full stream today.

The EP seems to be a bit of a musical collage, at least in the way the songs came together, but the combined effect of the four tracks is to create a ravaging and ravishing experience. The music is richly multi-faceted, often intricate, and elaborate in its combination of moods and energies, again proving that Ordinul Negru‘s approach to black metal, which includes inventive songwriting and superior musicicianship, is neither conventional nor mundane. It stirs up the emotions but equally arouses the imagination, and has an electrifying visceral impact as well. 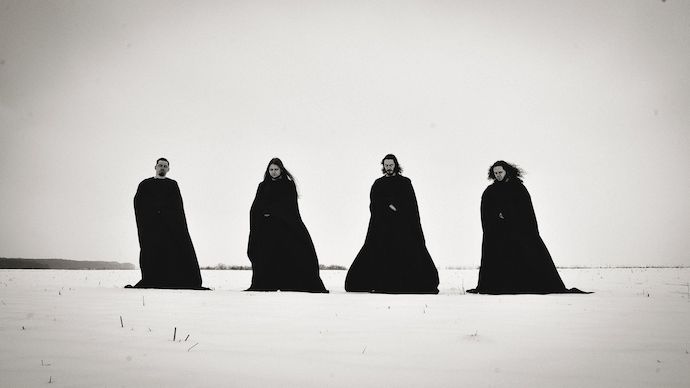 The band have explained that the writing of the EP began when they decided to re-work “In ceas de noapte”, a near-21-minute song from their 2015 album Sorcery of Darkness. Because it was too long to include in a live set, they created “a totally new approach and feeling for it, sort of version 2.0, entitled ‘Triskelion and the Chronograph’”. And although that set in motion a process which led to this EP, “‘Triskelion and the Chronograph” is actually the track that ends it. It turns out that the title song, which begins the EP, was the last one written and presents an idea of where the band are heading in their futures endeavors, “maybe more aggressive, intricate, less epic and with unforeseeable structure… we are toying more and more with automatic writing these days”.

In between, are “Vodevil Isais” and “Maldoror”, two songs that, as the band say, “were in an incipient state of riffing when we realized there are too different to be included in an album format all together”, and so at that point they decided that for this EP, the songs would be “a mirror of what kind of visions floated through our minds in this period”.

By all means, leap ahead and begin listening, but if you choose to read further, here are our thoughts about these four unusual, and unusually compelling, pieces of music. 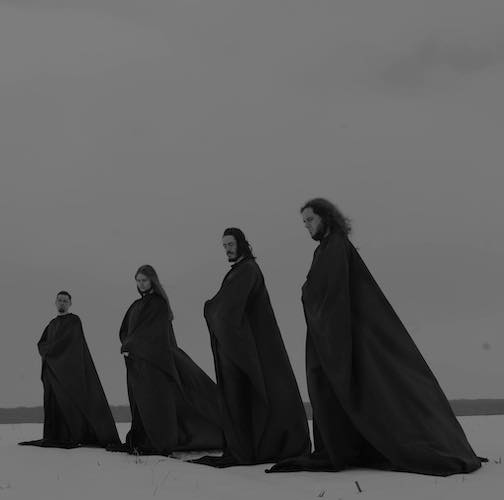 “Nebuisa” is an exercise in dynamic change (though that proves to be true of all the songs). Moving at a slow and stately pace, the band send out ringing chords that mysteriously glisten above the low hum of the bass and the processional pound of the drums. But the music morphs, first becoming beleaguered and menacing in its mood when the viciously harsh vocals arrive and then later erupting in a deranged paroxysm of battering drums and whipping, dissonant riffage.

Fast, insectile fretwork and an interesting interplay of darting arpeggios and off-kilter drumwork enhance the music’s feeling of feverish madness, which grows even more distraught as the guitars generate a swirling sensation of angst. The chords do ring out again over mid-paced, head-moving rhythms, backed by a ghostly sheen of sound, but it’s an uneasy aura that spreads from the music, and an eerie and sinister solo magnifies the disturbance of its sound.

In the following track, “Vodevil Isais“, the band waste no time in launching an assault of blast-beats and methodical hammer blows, of boiling chords and ravishing howls. Fervent chants and shining ambience introduce an atmosphere of arcane mystery, which intensifies through isolated guitar glimmering and a sweeping synth panorama. The rhythm section hurtle and hammer, but as they do, a haunting female voice rises in reverent tones. Yet the blazing attack resumes, albeit in a start-stop momentum. Weird, wailing arpeggios combine with gloomy singing and guttural growls, and the band pair jarring chords with a fluid solo that becomes a haunting presence by the end.

Creating an immediate contrast, the band introduce “Maldoror” with spine-shaking, head-moving grooves and ominous riffing. Hints of mystery and madness creep through this song, too, until it becomes a spasm of tension-filled fretwork and extravagant snarls in the midst of eerie synths. A quivering, scintillating guitar injects a feeling of ecstasy, and chiming chords create a dreamlike atmosphere, though the clobbering drums and bass-level body blows generate a countervailing physical urgency. And following a brief interlude of pain and gloom, the band send the music soaring in a finale of chilling but wondrous majesty (though they give your neck an excellent workout at the same time).

That closing track, “Triskelion and the Chronograph“, has the feeling of an ominous, stalking march that’s blanketed in fear. Waves of anguished melody flow over ruinous blasting, like the turbulence of black clouds of grief. Without warning, the band inflict crushing detonations as the brutish march resumes, but frantic fretwork and slaughtering howls whip the music’s intensity to a fever pitch. The cascading synths become a spell of misery, and the soloing sounds like the crying of lost souls in the ether. Of course, the band accompany these spectral sensations with mountainous low-end power, and eventually bring the song to a breathtaking crescendo of crazed, fret-melting guitar work and deluge-strength storming.

As mentioned, Loud Rage Music will release the EP on September 16th, in a digipack CD edition and digitally. It was recorded, mixed, and mastered in Consonance Studio and doing that was the sole project of the band’s drummer Putrid. Credit for the eye-catching cover art goes to Alexandru Das.