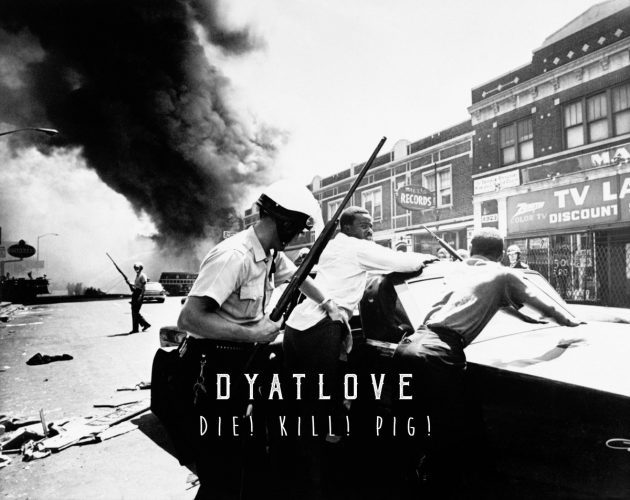 “I feel my throat tightening. It’s not the coronavirus or smoke. It’s rage—rage radiating up from my belly and my heart. We’re trapped inside because of the pandemic and because of the fires, but ultimately we are most confined by the inequality, selfishness, and greed that created this moment. Even in the wide-open West, we’re still stuck in the United States of America.” — Emma Maris, The Atlantic, Sept. 10, 2020

Unlike Emma Maris (and me), Dyatlove aren’t stuck in the United States. But they’re from the West, albeit the Canadian West (Vancouver BC, to be precise), and like Emma Maris (and me) they’ve probably been breathing what used to be forests in Washington and Oregon during the last week (and counting). They also sound plenty pissed-off, about some of the same things.

The band’s music isn’t the kind of extreme metal we usually cover at this site, but I’d say they’re “adjacent” — and there’s an explosive emotional fury in the song and video we’re presenting today that’s so cathartic (and so demolishing) that it’s more than welcome here.

The music is a full-bore assault of blistering vocals, gut-slugging drums, and sludgy mauling riffage that segues into a merciless and methodical pounding — and then a furious, flamethrowing fury — accented by squalling guitar dissonance and siren-like wailing, with an ending that sounds downright despairing.

I suppose some visitors won’t be happy about the title of the song, “DIE!KILL!PIG!“. Hell, I’ve got a brother-in-law who’s a police sergeant in L.A., and I’d prefer that he remain in the world. But if you’re not at least enraged by now about the maiming and murder of black people by police, if you aren’t at least trying to understand that rage, then you haven’t been paying attention. And that’s really what this song is about.

But we should let Dyatlove’s guitarist Rikki Buford, who co-wrote the song, explain the music (and the video) in his own words:

“Die!Kill!Pig!” is one of the first songs Sam (vocals/guitar) and I wrote together. It came from a place of frustration over 2 years ago and it’s even more relevant today.

In a nutshell it’s about the fear of being pulled over by those who are supposedly there to “serve and protect”. As a black musician it’s something I’ve lived with my entire life, even living here in Canada. This false narrative of Canada being racism free is complete nonsense.

We try to bring that vibe in the song, keeping it raw, explosive and emotional.

The video came together with our friend and collaborator/video director, Ashes 5thborn. We knew we wanted to make a video for this song and right away we knew we wanted to have footage of the protests around the murder of George Floyd. The whole point was to have the energy and the passion of those protesters and try, even if just a tiny bit, to put that into a video.

With the state of the world we live in it is easy to get really upset and depressed as it is pretty clear to see, nothing is changing. Rather than keep the whole thing aggressive we really wanted to end the video on a bright note, trying to show that if we come together as humans, we can try to bring some light to these dark days…

This topic is something I hold close to my heart and I know my bandmates feel the same and are there to support me and the cause. This shit needs to change and if this song/video makes people uncomfortable, then that’s what has to happen. 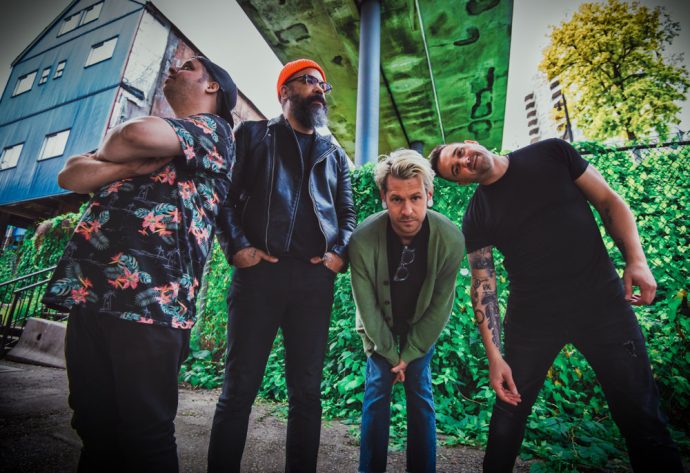 This song is a single that’s available on Bandcamp. Dyatlove‘s self-titled album was released in May, on cassette via Coup Sur Coup Records, and it’s also available digitally. It was produced, engineered, and mixed by Matt Roach at Rain City Recorders in Vancouver, BC, and mastered by Brad Boatright at Audiosiege.