So, I listened to some new songs, just a few, but enough to get a bit of a break. Maybe I picked them because they express (and perhaps reinforce) my current dark mood of rage mixed with despair, but I guess that’s often what musical catharsis is all about.

“Deterioration” is a truly chilling spell, a hallucinatory formulation of madness. Spectral exhalations, whistling screams, and glinting notes echo above moody bass tones and reverberating drum and cymbal blows. The vocals are a recital, uttered in a voice that often disintegrates into distraught cries and wailing screams of agony. It seems as if the entire song often wails and screams, yet celestial ambience and gleaming strings also enfold the listener in an aching embrace.

The video made by George Lambrakis amplifies all these mood-altering transmissions, setting them within decaying ruins and what seems to be an abandoned sanitarium that’s still haunted by the patients who once tortured themselves, or were themselves tortured, within its walls.

Dødsferd explain the song as “as a daunting, harrowing, and yet torturously hypnotic journey through the mind or minds of those so grievously hurt in their mortal lives that they seek eternal retribution for the horrors inflicted upon them.”

The song was recorded in July of this year for a forthcoming compilation album, Death Shall Purify the Wounds of Your Fragile Mortality, which will be released by Fucking Your Creation Records on October 20th. 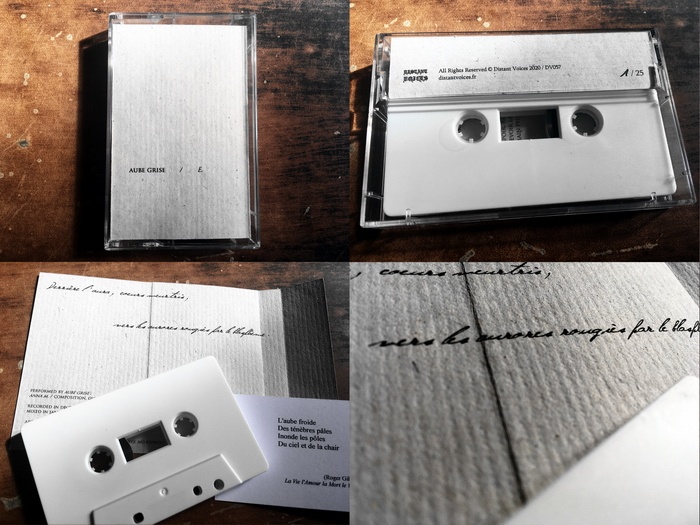 In “E.,” the hunting spaciousness of piano chords and keys gives way to the hammer of pistons and dense burrowing riffage. It’s a grim sensation, and as the vibrating tones rise and fall they generate a feeling that might be cruelty or might be desperation, a carving of helpless flesh with knives or a distraught beseeching for rescue. The vocals come from a cage of crazed demons, tearing at the bars and screaming in blind fury. The screams are almost enough to break the perverting spell of the repeating chords, a spell which becomes a delirium, maybe even an ecstasy, in the blazing penultimate movement.

“E.” was released today by Distant Voices in a limited edition of 25 hand-numbered cassette tapes. Maybe soon it will also become available digitally. 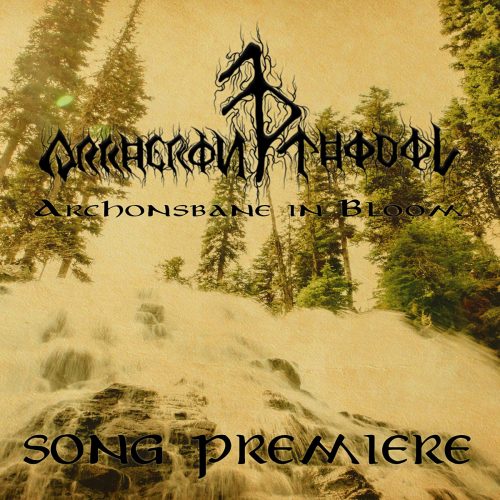 “Archonsbane In Bloom” is a spooky, glittering whisper that seductively beckons us, step by step, dreamily drifting among shining notes and shimmering mist. An earthy humming bass and percussive bolts encourage us forward, gradually elevating our pulse rate. Heavy, heaving chords introduce a feeling of menace within the dream, a menace that turns out to be a beast — whose attack is formed by blasting drums, swarming guitar abrasion and shrieks from a distance.

Yet brightness rises from the song like a glorious sunrise, sweeping in its scale, pitched to even greater heights of brilliance by glorious guitar soloing. Around the corner, the dream still awaits, but at the end the song becomes a stalking, stomping leviathan, somehow still majestic and thrilling — but irreversibly calamitous.

“Archonsbane In Bloom” comes from Rituals of the Sovereign Heart, the second full-length by Arkheron Thodol, due to be released in October via Naturmacht Productions. The song is available now as a digital single. 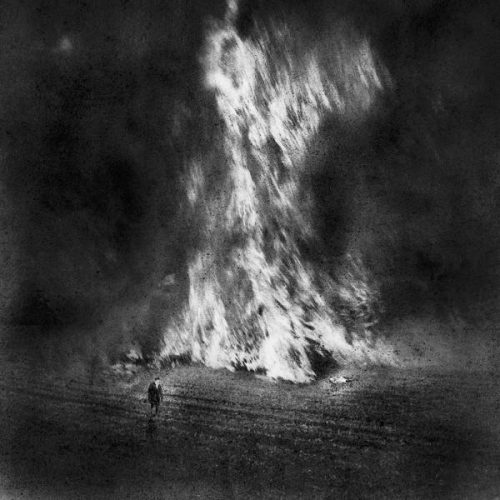 If you’ve lost part of yourself, maybe you’ve experienced phantom pain? A pain that feels like it’s coming from a body part that’s no longer there? Well, if you haven’t (and I hope you haven’t), you’re about to.

As granite-heavy as this song is, it’s also mesmerizing, but the dissonance and tension in the melody and the raw, larynx-mutilating quality of the vocals make it unnerving too. Even when William Lacalmontie begins singing, he creates no sense of ease, but if anything just pulls us deeper into despondency. Make no mistake, however, the mountainous rhythms of the song are damned potent. You can imagine them shaking your home to pieces while you’re in the grip of the song’s incantations of fear and pain.

“Phantom Pain” comes from a debut album named Fields of Fire, which will be released by Consouling Sounds on October 23rd.

(Thanks to Rennie from starkweather for telling me about this new song, which he described as “firmly in the CultofNeurIsis camp”.)