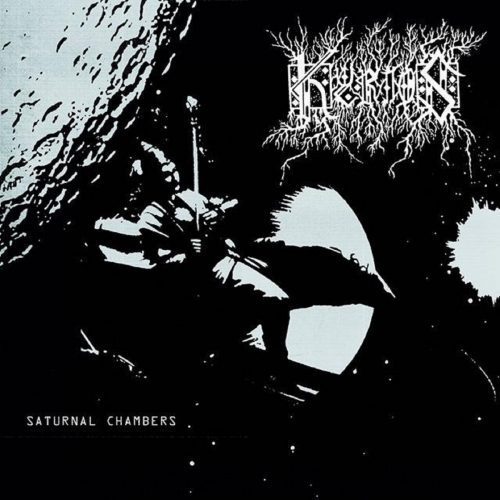 I would like to create a sub-genre called Queasy Black Metal, reserved for music that roils your guts like food that’s gone bad, and messes with your mind like a demonically conceived hallucinogen. I would put this first song under that heading. Its squirming dissonance, freakish angularity, and unstable rhythms are intestinally upsetting and mentally disorienting.

Sinister and vicious it is, as well as bludgeoning, and the vocals are mercilessly voracious, but its shivering intricacy and its crazed and surprising contortions are what make it stand out. After all, why should music for seriously unhealthy people be healthy in its sound?

The song is “The Utterance of Foul Truths“, from this New York band’s debut EP Saturnal Chambers, set for a tape release by Caligari Records on October 30th. 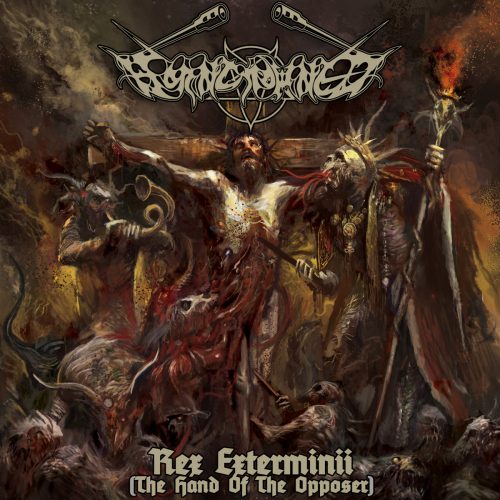 The next song is a marked contrast from the first one. This one sounds like we’re in the midst of an inhumanly accelerated artillery cannonade. The bludgeoning impact of the rapid, start-stop assault is eye-popping. In the midst of that destructiveness an exotic Eastern-styled melody slithers like a viper, and the demon commander snarls his vitriol in rabid tones. Eventually, the band unleash rolling thunder and blasting beats, and that melody heats to a boil. The chaotic violence sucks all the air out of the room, so take some deep gulps before you begin.

This is the title track to Horncrowned’s new album Rex Exterminii (The Hand of the Opposer), the fifth full-length in this Colombian band’s near-20-year career. It will be released on CD by Ketzer Records on November 20th. 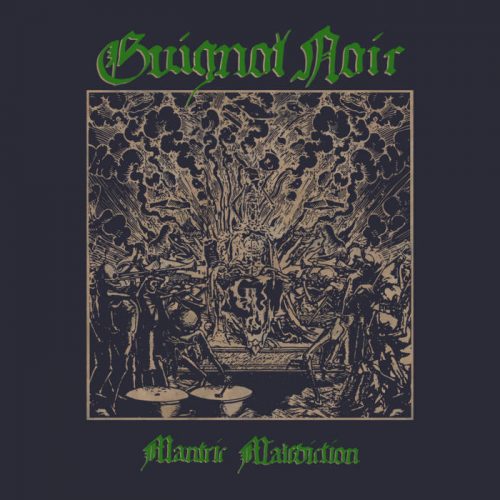 Now we come to the two tracks available for streaming so far from the debut album by this Swiss duo. “Ritual Ov Damnation” flies like a demented bat horde. Backed by an electrifying drum performance, and occasionally segmented by a thrusting bass pulse, the riffing is searing and wild (and sometimes twisted and mercurial), with vocals that are viciously enraged (and diabolically gleeful).

The other track is “In the Birds Beak“. At first it swings and sways like a smiling asylum inmate lost in their own fractured world, but then it’s off to the races, delivering the kind of insane, violent spasm as “Ritual…” did. But the smiling inmate returns, sounding even more peculiar, deranged, and menacing than before. And if anything, the vocals, which reach heights of screaming, spine-tingling intensity, sound even more possessed. Berserker music for berserk times….

The name of the album is Mantric Malediction, and it’s due for release on November 6 in a variety of formats by the UK label Repose Records.

(Warm thanks to our supporter Dork, who pointed me to this music and who advises that Guignol Noir are part of the Milk ov Madness collective.) 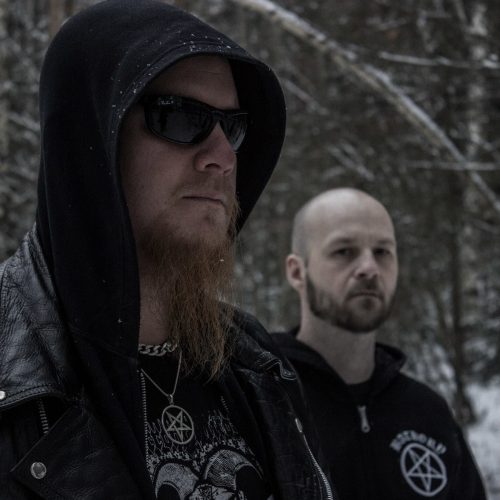 The next item is a video, which perhaps should be accompanied by a warning to photosensitive epileptics, and features imagery taken from the video “Zed Aliz Zed” by Lucifer Gnosis Mantra. The song, “When Death Inherits the Earth“, makes a good follow-on to the Guignol Noir tracks.

The track includes bouts of hammering thrust, but at full speed it’s a paroxysm of hyper-blasting drums and writhing, super-heated riffing, capped by howling vocal madness and a shrieking, swooping solo. The timbre of the riffing does change, creating infiltrations of melodic misery, and near the end when the drums vanish the music becomes chilling and supernatural. Good stuff!

The track seems to be a track from a forthcoming album by this part-Swedish, part-Russian band. Devourer have commented:

“We started working on the new album last winter and now we are more than half-way to completing it. This time we’ve worked differently than on our earlier releases since our line-up doubled in 2019. From being only John Falk and Fredrik Håf we’ve now added Oksana Rage (Teodolit) on bass and Johan Vikholm (Sorcery) on guitar. Håf handles the vocals as usual and Falk the guitars, recording, mixing and mastering.” 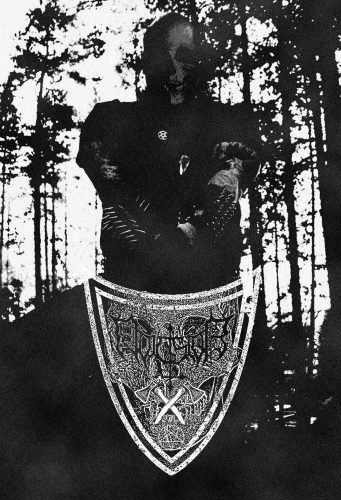 To conclude I turn to the Finnish one-man band Odiosior, whose mastermind A.Vexd is involved in other projects we’ve written about, such as Kangeheet and To Conceal the Horns (we’ve previously written about Odiosior too). The song below, “Takaisin Kaaokseen” is the first track revealed from a forthcoming debut album.

The song is a wide-ranging escapade. Anchored by a heavy head-moving rhythm, vehement slashing chords, and ear-shredding screams, the music also hammers and soars in grand fashion, and becomes both despondent and feverishly anguished. As these changes occur, however, the intensity is unabating, and the immersiveness of the sounds are powerful. There are some potent rhythmic and melodic hooks in the track too, so beware….

The name of Odiosior’s debut album is Syvyyksistä, and it will be released by Purity Through Fire (I haven’t yet found a release date or pre-order link).