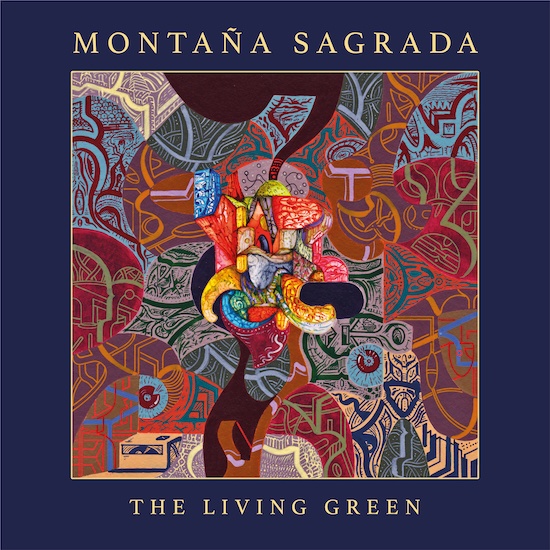 Not all metal bands, and in fact very few of them, unite behind a concept that’s as harrowing and as intriguing as the music they make. This isn’t intended as a criticism of bands who are content to make music that isn’t rooted in a conceptual vision or narrative. Good music is good music, regardless of its inspiration. And by the same token, a thought-provoking concept doesn’t make mediocre music any better. Yet when the two come together, the experience is even more special.

The Chilean trio Montaña Sagrada (“the Sacred Mountain”) have based their debut EP The Living Green, which we’re premiering in full today in advance of its September 25 release, on an especially intriguing (and mysterious) conception. Set during the 15th and 16th centuries, it focuses on a powerful group of people located on what would become known as Chiloé Island, a large island off the southern coast of Chile. “Shrouded in myth and protected by irrational fear”, these people had a firm hold on the population, with plans for domination that rivaled those of the European colonial powers. The band explain: 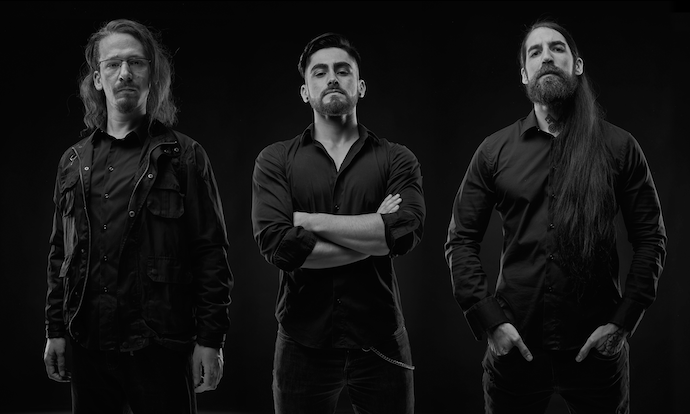 “In our reality this group was dismantled through bureaucracy but there was also an exchange, a legend. A book of western occultism would herald an alchemical mix of cultures, a dreadful possibility for the inhabitants of this new world.

“Under the ever reaching sight of the Sacred Mountain this story is truth. As inhabitants of this summit we break the fourth wall to bring you songs about the oppressors and the oppressed. This is a world where globalization only happened to the elite and for a very specific purpose: power and control. The technological gap is non-existent as the ruling class is only a myth. Isolated towns and cities are but sporadic anguishing screams drowned by an relentless forest that has retaken the metropolises of old. There is no need for direct means of police; population control is automated through ignorance, black magic and lies.”

And thus Montaña Sagrada‘s debut EP was conceived as “the poem of the original architects of this oppressing reality”: “An eternal, authoritarian, dark grip that would never let go of the world. This chapter is a collection of stories that permeate our universe, an augmented reflection that intersects with our own world in its most violent and perverse ways. It is all seen by the eyes of Montaña Sagrada.”

Over the course of the four songs within The Living Green, the band’s three veteran musicians — Rodrigo Morris (ex-Mar de Grises), Ramón Pasternak (ex-All Tomorrows) and Vincent Zbinden (ex-Entrospect, Mourning Sun), who have experience in classical and popular music as well as metal — tell these tales through a ingenious and often head-spinning hybrid of sludge and blackened death metal that may appeal equally to fans of such bands as Celeste, Wolvhammer, and Behemoth, although the band also provide generous progressive-metal permutations, and frankly seem more unpredictable than those other band references might suggest.

It’s apparent from one trip through just the first song that all the performers are very skilled, and that they have an inventive and intricate approach to song-writing — an impression that’s only solidified by the other songs.

That opening song, “First Flame“, hits fast with rambunctious drumming and darting, mauling fretwork. It’s fiery and ferocious, and features equally ferocious howling and roaring vocals. The high-voltage energy is nearly unrelenting as the band deliver gut-punching basswork, booming and battering percussion, and rapidly changing guitars, which ripple, seethe, slash, and blare (the only time to catch a breath comes in a sequence of syncopated drums and mysterious slithering melody). All the moving parts really move, constantly spinning the listener’s head and jolting the spine, but as riotous as the overall experience is, it remains connected.

The rhythms in “The Living Green” are just as powerful and just as jolting, the vocals just as savage, but the mood of the song is darker and more mysterious, thanks to a dissonant and dismal tone in the slowly winding melody. There are bursts of hammering violence and frenzied riffage in the song, but also weird, wailing sounds and feverish glimmerings. It sends the listener galloping in a head-long rush and subjects them to methodical poundings, while also reviving the feeling from the first song of frantic fear and mental dislocation.

“Clearing” proves to be even more multi-faceted and surprising than the first two tracks. It builds a feeling of coiling tension and mounting terror, but the first guitar solo also creates a poisonous, hallucinatory feeling. The guitar leads sparkle and rise, the riffing pulsates, the drummers put on an extravagant display of athleticism, and the song seems to climb to a plateau of splendid mayhem — only to suddenly twist itself into a dimension of spirit, with a shimmering harmony drifting around vibrant bass tones, evanescing toward silence.

After the eeriness of that experience, “Wall Of Ashes” quickly returns to the kind of bewildering intensity that opened the EP, with a riot of battering, somersaulting drums and mind-spearing dissonance combined with a wondrous melodic sheen, brazen fanfares, and ebullient fretwork acrobatics, accented by a brief but riveting drum solo and spine-tingling vocals (doubled for extra impact). There’s an unmistakable feeling of unbounded exhilaration in the song that surges to a wild crescendo — but like “Clearing” the song suddenly transforms, softening and clearing the field for a mystical and mesmerizing dual-guitar instrumental backed by the tick and shine of cymbals. 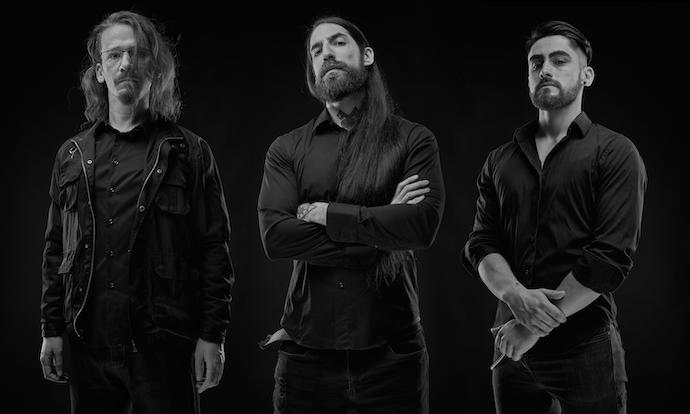 In short, it’s a wonderful EP, one that’s a huge thrill to experience. And the thrill doesn’t vanish after just one spin through it, but is ignited again with each new listen.

The Living Green features an original painting by Iñaki Muñoz on the cover, and it’s now available for pre-order:

One Response to “AN NCS EP PREMIERE (AND A REVIEW): MONTAÑA SAGRADA — “THE LIVING GREEN””