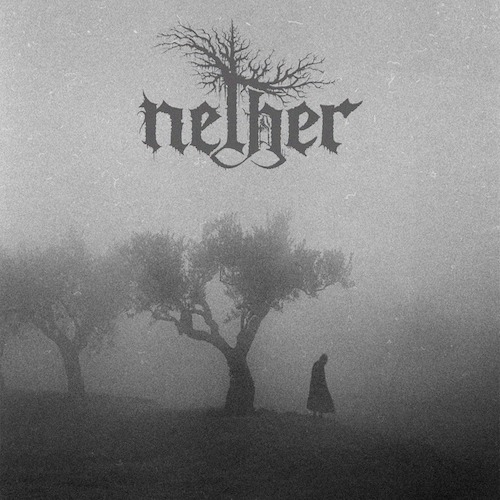 On October 30th Art Gates Records will release Between Shades and Shadows, the debut album of the Belgian black metal band nether, whose music relies on both raw, visceral intensity and dark, evocative melodies. What we have for you today is the premiere of a song named “To the Shores“, accompanied by a video that draws out further dimensions of the music (perhaps metaphorical ones).

The video features dramatic images of natural power, from the violent assault of waves on rocky shores to building thunderheads, as well as scenes of lonesome wandering and of forests both barren and lush, and shrouded in mist. While the song itself, like the sea, packs plenty of assaulting power, it also has very human emotional connections — all of them fraught with tension and turmoil. 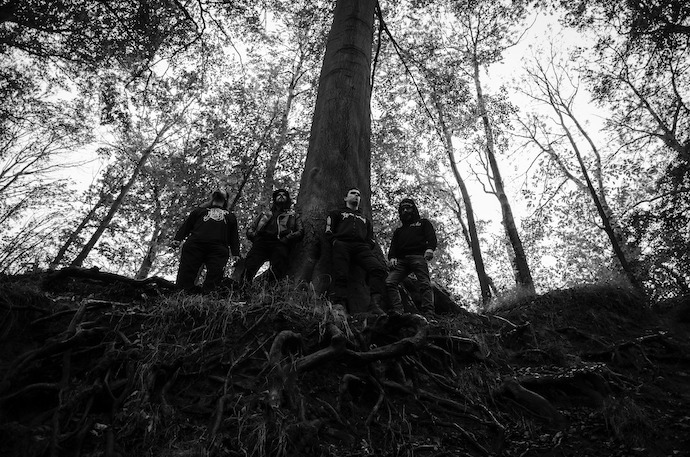 In the music, momentous crashing and heaving chords lead into erupting blast-beats, seething tremolo’d vibrations, and scalding screams. The band’s attack continues with a feverish, jabbing riff and hammering snare strikes. The song conveys a sense of desperation, which grows even more distraught as the melody rises and sweeps forward in a blaze. nether also pick their time to pound and stomp as the chords continue to flare, while also continuing to savagely incinerate. And while the vocals again descend into cold roars, accompanying those superheated screams, the music shifts into an ominous and dismal crawl. No rays of light shine through that ultimate calamity, no more than light penetrates the video’s be-fogged forests.

“To the Shores” is the second track to be revealed from Between Shades and Shadows, and below we’ve also included a stream of the first one, “The Hand of the Unspoken“.

Art Gates Records will release the album on CD, along wih shirt and hoodie bundles. It’s all available for pre-order now: