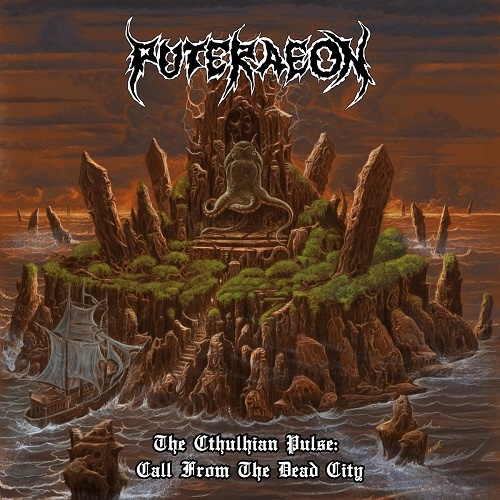 Like almost all the posts I wrote this past weekend, I put this one together in my head during a long listening session on Saturday. Since then more new songs have popped up, but I decided to stick with my original mental plan rather than have this thing turn into something even more intimidating to people who are already drowning in music.

I’ve already put the first four songs in this collection onto the list of candidates for my year-end series on Most Infectious Extreme Metal Songs. In different ways they rock, and they’re all very catchy. And then I decided to turn in other more ugly and unhinged directions.

I use the word “majestic” way too much in describing music, because I don’t spend enough time with a thesaurus. Usually it comes to mind when a band use soaring and sweeping melodies (other over-used words in my vocabulary) or create sensations of towering obsidian immensity, as often found in funeral death-doom. Neither of those qualities is present in Puteraeon’s new song (and video) “The Curse“, but the word “majestic” still came to mind. 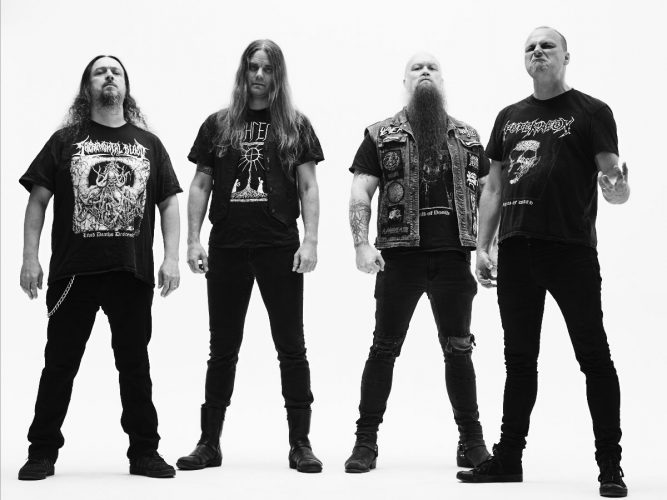 Perhaps it’s the blazing and brazen quality of the riffing, or the bone-grinding guitar distortion, or the voracious fury of the vocals, or simply the level of death metal mastery on display. But in addition to the “majesty” of those sensations, the song delivers plundering grooves and searing tremolo’d derangement. It thus delivers a swift and savage kick to your adrenaline spigot. And as mentioned above, it’s also highly infectious.

“The Curse” is taken from Puteraeon’s upcoming album The Cthulhian Pulse: Call From The Dead City. It will be released in digital, CD, and LP formats by Emanzipation Productions on November 13th.

The next song, “94 Bloch Lane“, is one of three tracks you can now hear from the new album by Furnace, which is one of Rogga Johansson‘s newer projects. Here he’s joined by Peter Svensson (Assassin’s Blade, Cult of the Fox, Void Moon) and drummer Lars Demoké. It’s death metal, but not what I was expecting.

For one thing, it has a solid rocking beat and hard-punching rhythmic chords. Heavy as hell to be sure, and Rogga‘s vocals are as ferocious as ever (and his howls in the chorus are addictive all by thsmelves), but in addition to pumping your neck like a piston the song includes a slithering melody with a chilling, gothic quality, a feeling of gloom mixed with the presence of the supernatural. Great stuff., and immediately very addictive.

The album, Dark Vistas, will be released by Soulseller Records on October 9th. 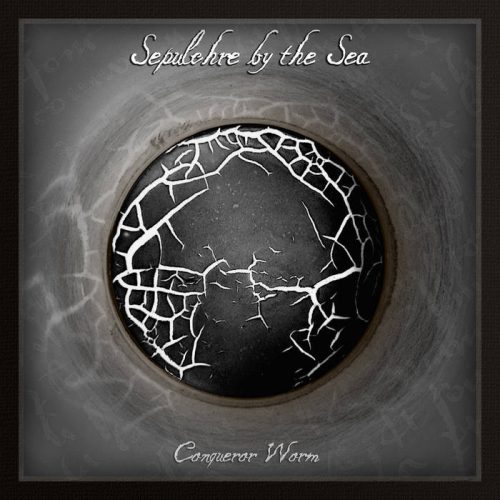 SEPULCHRE BY THE SEA (UK)

Sepulchre By the Sea is a fairly new genre-bending one-man project that draws inspiration from Edgar Allen Poe. But despite the early-days nature of the band, the music explores some adventurous and interesting ideas, and “Conqueror Worm” is a prime example.

There’s a feeling of creeping dread as the song begins, and the peril in the music never goes away, and in fact becomes even more sinister. But the pulse in both the rhythm and the flaring main riff quickly triggers a reptile-brain response. The snare snaps at your neck, the bass growls like a subterranean monster, and the darting and demented melodies have a way of worming their way into the brain. There’s also something both glorious and miserable about the soloing, and something crazed about the shrieking vocals.

AND, at the 4:48 mark, following some gruesome noise from the bass and a long pick slide, the song sets up a sequence of jackhammering that’s a ticket straight to headbang city, and that primitive brutishness in turn becomes the foundations for a slow, sinuous solo that’s both exotic and afflicted.

I’ll mention that the second of the two songs available for listening on Bandcamp, “And so it Crumbles“, takes the black metal ingredients of the previous song and leans into them more at first, marrying hurtling blast-beats with a weird and wailing melody that’s harrowing. However, as with “Conqueror Worm”, the song brings twists and turns of its own (it is, after all, more than 12 minutes long), including a spacey prog-rock second half that’s thoroughly entrancing (the extended guitar solo that’s the heart of this segment is really wonderful), and a gloriously ethereal finale.

Both songs appear on the band’s debut album, also named Conqueror Worm. It will be released by Anthrazit Records on November 6th. 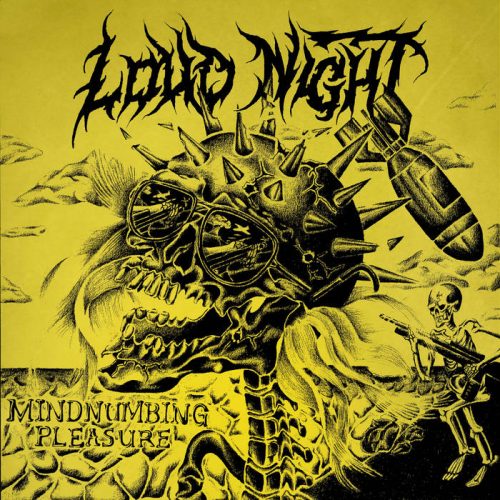 When I found out that Virginia-based Loud Night‘s line-up included current or former members of Ramming Speed and Battle Master, I was immediately tempted to check out some music from their debut album — and even more eager when I read that the music is “blown out d-beat punk metal influenced by the likes of Discharge, Mötorhead, Disfear, Judas Priest and Venom“.

The name of the first advance track from the album, “Holy Hell“, happened to be what I yelled in my head almost immediately after the song kicked off. It deploys massive chainsawing riffage, highly propulsive (but unusually intricate) punk rhythms, bleak but anthemic melodies, and torrid, acid-bathed vocal extremity. The soloing sends the song sky-high, but it’s pretty damned glorious in every other way too, even though it’s a dark, body-moving bruiser at its core.

The name of the album is Mindnumbing Pleasure. It’s set for release on September 25th. 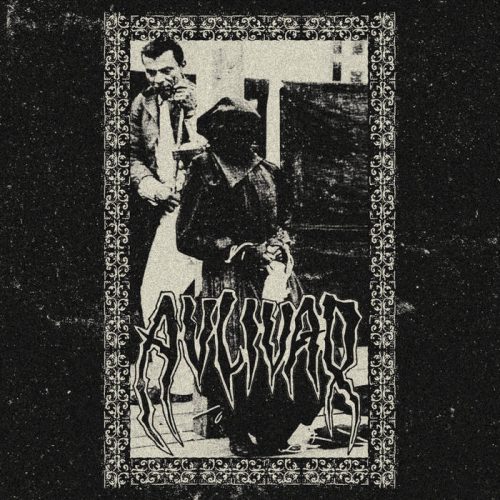 Now, as forecast at the outset, it’s time to turn in different directions. I don’t mean to say that Avlivad’s song “And You’ll See Me” isn’t completely lacking in “catchiness”, but I think that’s not its strongest feature. It’s a barbarically ugly and mauling piece of work, and that’s one of its strengths, and it also switches gears frequently, which is another main strength. The gear changes go beyond frequent changes in tempo and drum rhythms, and include differing forms of serial-killer guitar lunacy, as well as a berserker solo.

The song also includes its own twisted aspect of grandeur, and the swirling guitar motif at the end, backed by celestial shimmerings is unexpectedly mesmerizing. And so, in addition to being ugly and murderous, the song is also mentally engaging (not the sort of thing you can easily take in on one listen).

Avlivad’s self-titled EP, which includes this track, will be released by Invictus Productions on November 27th. 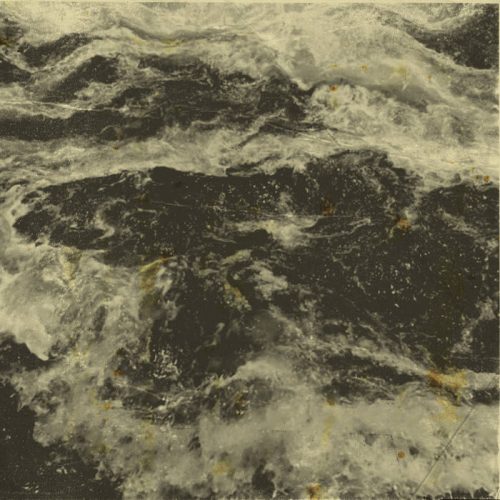 In an article on Inca mythology The Font of All Human Knowledge reports that “Paricia was a god who sent a flood to kill humans who did not respect him adequately”, and is “possibly another name for Pacha Kamaq or Paryaqaqa”. Using the spelling Pari’sya, this German band adopted the name and (as they tell it) proceeded to make songs about drowning — “about the pain and panic, when crushing through the surface of ice cold water” and “the fear, despair in a hopeless fight against the merciless pressure of a surrounding, endless and ancient sea”. And how did they translate these terrible sensations into sound? By creating fast and chaotic blackened grind.

Pari’sya‘s debut EP Sog is, as its German name suggests, a maelstrom. Not at first — at first, the intro track sounds like the exhalation of air under water combined with a sensation of fear. But after that, the songs become a breathtaking storm of light-speed drumming (with well-placed changes), shrieking leads, screaming vocals, and brutally scathing riffage. To mix the metaphors, the music is a paradigm of sonic nuclear assault — with some twists: spoken words in “Scherben”, a cascade of grand melody in “Lichtieer”, prolonged spectral wailing in “Faulend”, a maniac pulse in “Kröten” (as well as another cascade of panoramic melody passing over the underlying obliteration, and a grim, sample-strewn ending).

I’d say this one is made for fans of early Anaal Nathrakh. It lit me up like a Roman candle. 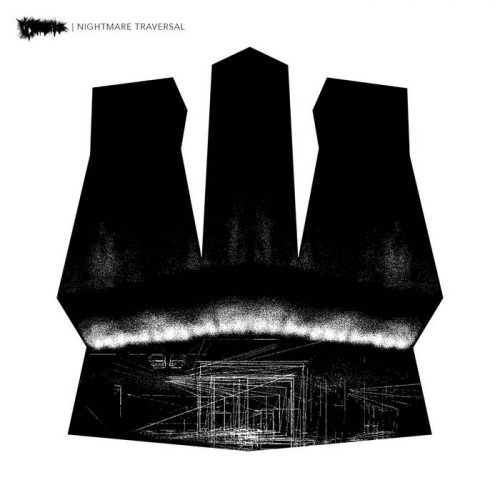 To close, I picked a mentally mutilating song named “Cryptic Passage” by the band Cryptae. Their label’s publicist describes their music as “Dutch experimental raw death metal hallucination” and as “warped, disorienting, and suffocating death metal delirium”. Fittingly, the song is from a debut album named Nightmare Traversal.

“Cryptic Passage” comes with a video that has a warning about flashing lights, but it’s a great video even if risky to some people, because it matches up with the lunacy of the music so well. I love the way the song segues from the demented, noodling little guitar motif at the outset into the merciless beating administered right after. The rhythm remains the same, but the abrasiveness and destructive impact get dialed up catastrophically. Other strange things happen (delirium indeed), but there’s a method to this madness that makes the song unexpectedly narcotic. (All you can really say about the vocals is that they are the kind of guttural gurgling that adds a noxious quality to the experience.)

Nightmare Traversal will be released by Sentient Ruin Laboratories on October 2nd.