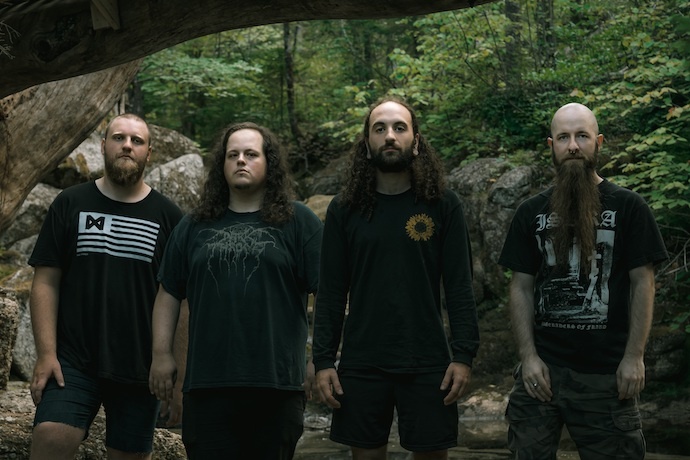 After beginning their career under the name Abysseral Throne in 2011, and thereafter releasing an album and an EP, Ancient Thrones both chose a new name and shifted ground among the Canadian Maritime Provinces from New Brunswick to Nova Scotia. In the process their line-up changed and they shifted ground in their sound as well. Now with a new name, in a new place, and having embraced some different influences than before, Ancient Thrones are poised to discharge a new concept album named The Veil, which will be released on November 6th.

You’ll see “Blackened Epic Heavy Metal” as Metal Archives‘ summing up of Abysseral Throne‘s music, and while that might not be entirely accurate, Abyssal Thrones recommend The Veil for fans of Revocation, Skeletonwitch, and The Red Chord — and their current name was inspired in part by a lyric from a Wolves In the Throne Room song.

It’s evident from the first single off The Veil (“The Soul to Flesh“), as well as from the song we’re premiering today (“The Sight of Oblivion“) why those afore-mentioned band references make sense. Both are high-voltage thrashers that show off impressive technical chops, with elements of black and death metal in the mix. But both also include evocative melodic accents that create contrasts with the songs’ hard-charging savagery and head-spinning instrumental flair. 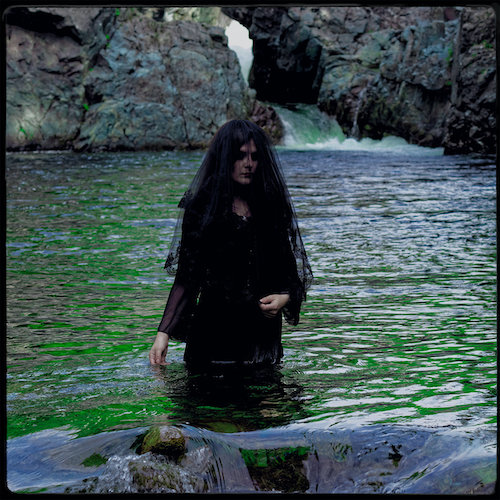 As mentioned, The Veil is a concept album that the band sum up as “a 57-minute descent into purgatory”. It “subtly follows the 5 stages of grief and the choices we make haunting us into eventual acceptance”:

“It’s about what’s important in life and all we leave behind when we indulge in selfish values. Musically it is a dark passage that digs deeper and becomes more painful as our character discovers more about their past. It’s a concept record broken up into two parts, beginning with a childlike naive perspective in denial and ending with a bittersweet and orchestrated finale into acceptance.”

“The Sight of Oblivion” comes early in the album’s journey — the second track, but the true opening of the record, and thus presumably a manifestation of denial on the face of loss, at least in part.

A full-throttle attack, the song delivers bludgeoning rhythms, vicious darting and slashing guitar-work, scorching blackened shrieks, and cold-hearted roars. There’s a brazen, borderline-unhinged quality to the barrage, generated by screaming, rapidly whirling leads, magma-like bass notes, and fast-changing, bone-cracking drums. But within the assault there are also fluid, sinuous melodic leads whose mellifluous, reverberating tones give the music a mysterious, mesmerizing, and mournful quality. And near the end one of those leads morphs into a fret-burning dual-guitar extravaganza that really gets the blood rushing.

About the song, Ancient Thrones explain:

“’The Sight of Oblivion‘ is a thundering dose of awakening in a foreign place not knowing truly what or who you are anymore. It’s about being free and naive to your interpretation of what the world is. We wrote the entire record from scratch and this was the second song to magically appear. As the true opening to the record, we begin flying out of the gates with thrashing intensity as this song is filled with speeding guitar parts, melodic passages, intense bursting blast beats and comes to a head with dueling twin solos. Welcome to purgatory, as you leave the mortal world behind and enter oblivion.”

As noted above, The Veil will be released on November 6th, and it’s up for pre-order now. Below you’ll find a stream of the album’s first single, which features a closing piano performance by Ashley Cates, in addition to our premiere stream of “The Sight of Oblivion“.